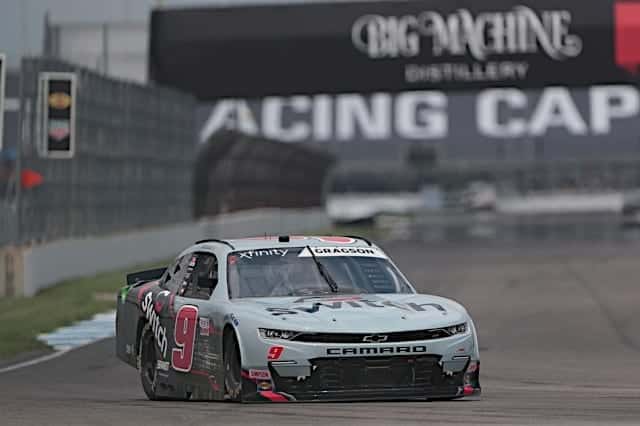 The NASCAR Xfinity Series goes to the Bluegrass State for a doubleheader on Thursday and Friday (July 9-10). JR Motorsports driver Noah Gragson is on the pole for Thursday’s Shady Rays 200 at Kentucky Speedway.

Gragson hopes to win his third race of the season at the 1.5-mile track. He finished sixth in last year’s event.

Kaulig Racing’s Ross Chastain drew the second position and will start next to Gragson. Jeb Burton, driving the No. 8 car for JRM, starts third, while Michael Annett is fourth. Joe Gibbs Racing’s Harrison Burton rounds out the top five qualifiers.

The lineup was randomly drawn in groups of 12 based on owner points. The results from Thursday’s race will determine Friday’s starting lineup; the top 15 finishers will invert in the order, while 16-40 will keep their starting positions.