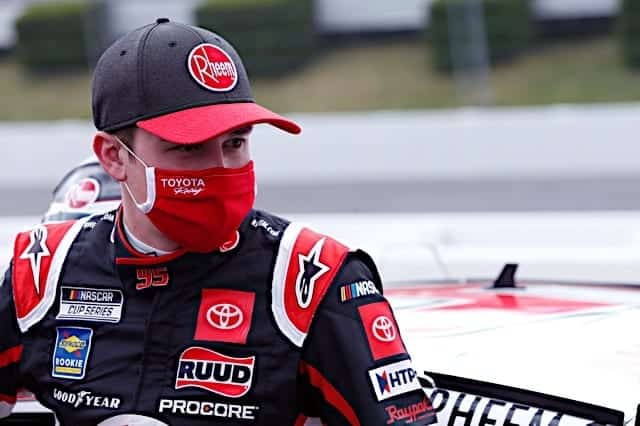 Germania will sponsor the No. 95 Toyota for several races as a primary sponsor and also some races as an associate sponsor.

The partnership with the team will continue into the 2021 Cup season.

“We are excited to bring Germania Insurance into the sport of NASCAR,” Jeremy Lange, president of Leavine Family Racing, said in a release. “With Germania being a Texas-based company and considering our roots in Texas, we already share a common connection. We are looking forward to representing the many Germania agents and offices around the state of Texas as we compete weekly on a national stage.”

The first race for Germania Insurance will be as an associate sponsor in the All-Star Open at Bristol Motor Speedway on July 15. Additional races, including the debut for the company as a primary sponsor, will be announced at a later date.

We are excited to welcome @GermaniaIns1896 onboard and can’t wait to see @CBellRacing behind the wheel of this Germania Insurance Toyota!#NASCAR #GermaniaInsurance pic.twitter.com/KkIqUZQq4M

Bell is in 24th in the championship standings with one top five and four top 10s this season. He earned his career-best finish of fourth in the Pocono Organics 325 at Pocono Raceway.