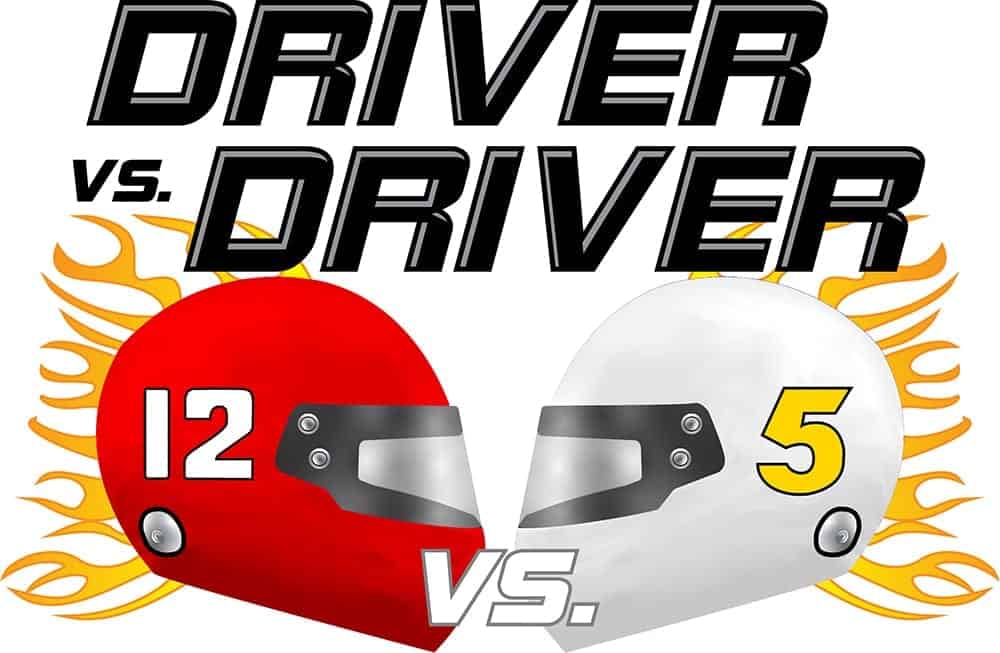 Longevity in NASCAR doesn’t necessarily equal success in terms of numbers. Winning races at the upper levels is in credibly difficult, and winning them in the double digits is a career accomplishment most drivers will not reach.

This month, we look closer at drivers who have won a lot of races but have no Cup Series title to go with them. The rules are simple: drivers must have competed against one another over time, and they must have something in common. Here, there really are no winners; that’s up to the ages to decide. But there sure are some great conversations about the best of the best.

18 Cup wins apiece. 20 years or more at the top level. At least 20 poles, and over 150 top-10 finishes. That’s what both Neil Bonnett and Geoff Bodine bring to the table. Both drivers raced past the age where most drivers retire these days. Bonnett may have had a few more years of racing left at the time he lost his life in a crash at Daytona International Speedway (ironically, Bodine suffered a horrific crash at the same track that nearly claimed his life as well). Statistically, they’re evenly matched, and they were direct competitors for over a decade. Does one prevail over the other?

In spring 1974, Neil Bonnett was a humble 27-year-old stock car newbie who resided in Hueytown, Ala., which is where the infamous Alabama Gang came to fruition. Bonnett was taken under the wing of Cup veteran Bobby Allison, providing assistance on his racecars at the Allisons’ shop in Hueytown.

Then, in May of that year, Bonnett eventually got the opportunity to make his Cup debut in the Talladega 500. Unfortunately, Bonnett finished a dismal 45th after losing an oil line early in the going. The Allisons soon permitted Bonnett to pilot one of their cars for his second start at Talladega Superspeedway later that year, retiring early again due to a blown engine, finishing 39th.

Nonetheless, Bonnett kept trying to prove his worth at the top of the game. That day finally came for Bonnett, collecting his first Cup win at Richmond Raceway in September 1977. Once he did this, his name soon became the newest one from the Alabama Gang for the competition to fear. From that day in 1977 until March 1988 at Rockingham Speedway, Bonnett notched an additional 17 career wins with several different teams, including Wood Brothers Racing and Junior Johnson & Associates.

Whomever he drove for, Bonnett proved himself to be extremely reliant on giving solid, stable feedback on how to make his cars capable of winning.

In the meantime, a Modified driver from Chemung, N.Y., played the role of one of Bonnett’s biggest on-track challengers. That driver was Geoff Bodine. Bonnett and Bodine raced each other in over 240 Cup races between 1979 and 1993. They both have an equal number of career wins at 18. Neither won a championship in the Cup Series, but they each made their mark by collecting their own amounts of crown-jewel race wins.

Even though Bodine has his Daytona 500 trophy from 1986, that was his only win in a crown-jewel event. The list of Bonnett’s crown-jewel race victories include the 1979 Firecracker 400 at Daytona International Speedway, a special home-track win in the 1980 Talladega 500, the 1981 Southern 500 at Darlington Raceway and two straight Coca-Cola 600 wins at Charlotte Motor Speedway in 1982 and 1983. Bonnett also has back-to-back wins in the Daytona Clash in 1983 and 1984. And in February 1988, when the Cup Series held an exhibition race at the old Calder Park Thunderdome in Melbourne, Australia, it was Bonnett who came out on top.

However, the one race that Bonnett wasn’t able to capture was the Daytona 500. In 15 starts in the event, he had four top-five finishes, with a best result of third coming in 1980. The most legitimate shot he ever had of winning the Daytona 500 came in 1985, when the engine under his No. 12 expired while leading with just five laps remaining, leading to Bonnett spinning out of the tri-oval, evaporating any chance he had left at victory.

One strange fact about Bonnett’s career is that he only competed in five full-time seasons on the Cup schedule. Whether it was due to financial hardship or injuries suffered in crashes, Bonnett was held back from competing in many more full-time seasons than he was capable. Between 1979 and 1982, Bonnett only raced in 90 out of a potential 123 races. If Bonnett had the ability to compete full time in any or all of these seasons, one can only imagine the amount of opportunities he could’ve had at winning more races, possibly contending for a championship.

Injuries suffered in a hard multi-car crash at Darlington in 1990 brought Bonnett’s competitive career to a halt. After making two comeback starts in 1993 at Talladega and Atlanta Motor Speedway, this made him all the more prepared to hit the track for Daytona Speedweeks in 1994. Then came the tragic date of Feb. 11, when Bonnett lost his life after breaking loose and crashing his No. 51 head on into the turn 4 wall. He passed away from his injuries at the age of 47, a legendary career ending just as it was about to lift off again.

Despite the hardships, struggles and injuries, Bonnett always kept his racing ambitions alive. He was the kind of racer who knew the heart and soul of every one of his racecars. Those final practice laps he turned at Daytona in 1994 were not done in vain, but of strength and will. Each victory he achieved had its own unique importance. He already earned his place among NASCAR’s 50 Greatest Drivers list in 1998. It shouldn’t be too long before an inauguration into the NASCAR Hall of Fame comes around for the Alabama Gang member.

Before beginning the Bodine portion of this debate, it’s important to note that, if we get into off-track activities, Bodine wins handily. Yes, being one of the now most underrated commentators of all time is a great feather in the cap of Bonnett, but dating peak Tanya Tucker and building Olympic gold medal-winning bobsleds gives the New Yorker an easy edge on the Alabaman.

In all seriousness, it’s important to get a complete look at both of these drivers’ upbringings prior to them going to Cup. On one hand, Bodine was a legend in the NASCAR Whelen Modified Series. Sure, he couldn’t touch Richie Evans in that time, but nobody could. In 84 Modified starts in 1978, Bodine won 55 of them. Yes, 55. I don’t know if Bonnett won a total of 55 races in his career. And Bodine did it racing against Evans, who is easily the best NASCAR driver never to attempt a Cup race. Just click here and scroll on down to 1978 to see how truly great Bodine was that season.

Speaking of Bonnett, what did he accomplish before Cup? The only thing I could really find in my research was that he was good in local Sportsmen division races before moving up to Cup. That’s great; everybody should be good at that level before moving up. Nothing Bodine tier.

In 1984, Bodine was hired by Rick Hendrick to race for the newly established All-Star Racing. Hendrick was ready to throw in the towel early on in the season, but a surprise win at Martinsville Speedway by Bodine convinced Hendrick to keep the doors open. Hendrick Motorsports has been a force to be reckoned with for decades now, and it is still generally regarded as the best team in NASCAR.

While Bodine was never able to win a championship for Hendrick, he won the first few races, the first Daytona 500 and the first top-five finish in points for the organization. While names like Jeff Gordon, Terry Labonte and Jimmie Johnson have taken HMS to new levels, all of them did it on a solid foundation that Bodine laid.

Whereas Bonnett won some races for Wood Brothers Racing? Which is great, don’t get me wrong. But it’s also not really as important to the sport as Bodine’s stabilizing force at HMS was. Really, the only team anybody can kinda say was put on the map by Bonnett was the old RahMoc Enterprises team, which only won four races in 11 full-time seasons — and all four were won by Bonnett.

Bodine had six top-10 finishes in points. Bonnett had less full-time seasons than that.

In 1993, after the death of Alan Kulwicki, Bodine stepped up and decided to buy AK Racing, keeping the No. 7 on the car in commemoration of the fallen champion. And while Bodine did not reach anywhere near the heights that Kulwicki did, he did win four races and did reasonably well considering his off-track issues at the time.

Bodine was great at winning tough races. It was hard to wheel those heavy stock cars in the 1980s around short tracks like Martinsville and North Wilkesboro Speedway, but Bodine made it look easy. A 500-mile race at Dover International Speedway would be hard for even today’s fit and athletic drivers, yet Bodine was able to win one.

People hated Bodine for years, almost exclusively because he dared to be a Yankee from New York state. But it never mattered to him. He wouldn’t take it laying down; he was one of the few drivers to stand up to Dale Earnhardt instead of letting Earnhardt walk all over him. But he kept winning races.

Bodine was actually a fairly versatile driver. Only three drivers were able to win at Riverside Speedway, Sonoma Raceway and Watkins Glen International. Bodine was one of them, with the Glen win being both his final win and brought his career full circle, getting the victory at his hometown racetrack.

But ultimately, as even as these two drivers were at the Cup level, what should be the deciding factor here is what the two were outside of Cup. Bonnett was a great driver on the local level, but he was also kind of Bobby Allison’s sideshow. Bodine was the show. And his contributions long term to NASCAR are felt more than Bonnett’s.

Geoff Bodine was a “racers racer”. Aways a pleasure to watch him at work

That man raised me and his heart and soul was racing..you have to step back and just realize he did it for a living..his job..built his own cars and motors..and what you won was how you took care of your family and paid bills..was all ways kind..and worked hard for every thing..signed…..the son of a racer!!