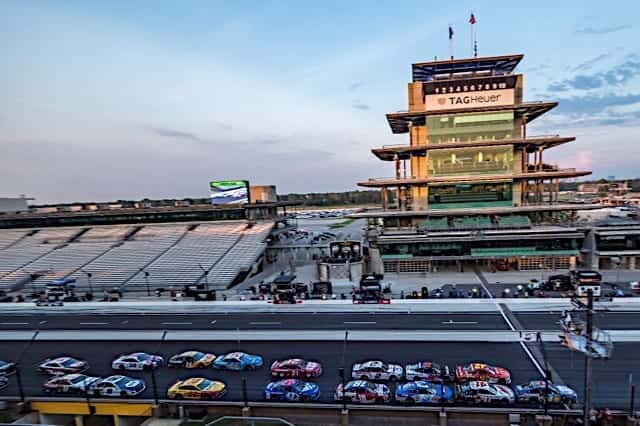 In order to attract Formula 1, Indianapolis Motor Speedway in the late ’90s added a road course to its infield. But while that track affords some flexibility, the oval, perhaps the most famous track in the world, is still the main draw.

The same is true with Daytona International Speedway. Its infield road course is a great attraction for the 24-hour endurance race and other events, but the oval is why people know of Daytona.

With the COVID-19 pandemic and the restrictive environment in New York, the NASCAR Cup and Xfinity series’ annual trip to Watkins Glen International is not going to happen, and unfortunately, the folks in Daytona have chosen the route of ease rather than the route of excitement and change in moving the racing to Daytona’s road course.

NASCAR has been flexible and creative with the schedule as different states have opened, and the sport has been a leader in returning to competition as pandemic fears have eased. Initially the need was to be close to team homes for short travel times and the ability to avoid exposure of staying overnight in hotels and traveling in airplanes. As more states have opened, the ability to travel farther has afforded the teams the opportunity to stick to the original Cup schedule with a few tweaks.

The 2021 schedule is slowly taking shape, and some changes are going to occur. The addition of Nashville Superspeedway has already been announced to the fans. While nothing has been announced, Road America is under consideration for addition to the schedule. An Iowa Speedway rumor is always flying around, and a few other tracks have also been rumored, though not through any credible sources.

With no race at Watkins Glen, this was a perfect opportunity for NASCAR to run a trial at any track it’s considering for 2021, or even a track it isn’t considering. It’s looking to add road courses, so why not try Circuit of the Americas, Mid-Ohio Sports Car Course, Road Atlanta, Barber Motorsports Park, Utah Motorsports Campus, Lime Rock Park or even Virginia International Raceway? All of those options would bring a race to an area that doesn’t normally have one, especially Utah and Ohio. Lime Rock would keep the race date in the Northeast, which is losing Watkins Glen.

Unfortunately, none of those were chosen. Instead, we’re going to go to Daytona two weeks before we’re going to, wait for it, Daytona.

Similar to when the playoffs were announced, few were clamoring for a race at the road course at Daytona. The Charlotte Motor Speedway ROVAL is a unique event and should be left to stand alone, similar to the dirt race at Eldora Speedway for the Gander RV & Outdoors Truck Series.

If you’re going to go to Daytona, why not make it unique and do a doubleheader with the road course on Saturday and the oval on Sunday? That would allow one to bump Dover up a week, run Daytona the week following and then take a week off to allow teams to regroup before starting the playoffs, an idea that has been championed since the playoffs were first introduced. While the Daytona idea is not preferable to racing at a different road course, the option of doing a doubleheader would at least make it unique.

On the ROVAL and road course front, there are many championing a move to the road course at Indy for the Cup Series. The answer to that suggestion is NO. Not just no, but NO!

While the Xfinity Series race was excellent, it was unique and a great companion to the IndyCar race. The Cup Series belongs on the oval because the history of the speedway is rooted in the oval, and the Brickyard is a crown jewel event for the series because it is on the oval. If it were to be moved to the road course, it would be just another road race.

While the Brickyard has only been on the schedule for 26 years, it is a very important race for the series, teams and drivers. The race the last three years has been excellent. This year’s race was great even without an on-track pass for the lead.

If NASCAR wants to leave Xfinity on the road course, that is fine, but don’t mess with the Cup date. The best choice would be an Indianapolis doubleheader for Xfinity with a Saturday race on the road course at IMS and a Friday night race at Lucas Oil Raceway, but we all know that is a pipe dream.

Daytona is the home of NASCAR, and the speedway is the World Center of Speed, but the oval is where the stock cars belong and there are myriad better choices. Just because Daytona is like an old pair of shoes that have been broken in and fit comfortably doesn’t mean you should wear them to a first date.

The sport has done a lot of new and groundbreaking things in the last few weeks. This was another chance to do something new, different and innovative.

Instead, NASCAR put on the same old shoes.

This year’s race was great even without an on-track pass for the lead. THIS SOUNDS LIKE AN OXYMORON !!

I GUESS I WAS WATCHING ANOTHER RACE !!