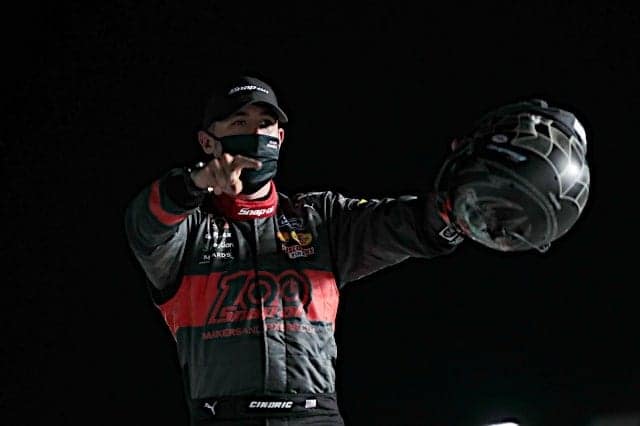 In a matter of two days, Austin Cindric has doubled his win total in the NASCAR Xfinity Series.

With a near-flawless performance in the Alsco 300 at Kentucky Speedway, the Team Penske campaigner backed up his victory in the previous night’s Shady Rays 200 to claim his fourth career victory. Cindric becomes the first driver since Richard Petty in 1971 to claim victories on back-to-back days in the same series.

It was a dominating performance for Cindric, who remained relatively uncontested after finally reaching the front in stage two. After leading a career-high 130 laps, the driver from Ohio cruised away from the field on the final restart with 13 laps to go. From there, it was an easy walk into victory lane and a weekend sweep.

Due to the tiered invert that set the starting lineup, Cindric was forced to start 15th thanks to his win the night before. While Cindric was set to be trapped in dirty air at the start of the race, de facto pole sitter Myatt Snider had the best view of the front. But it was not to be for the 25-year-old, as he quickly relinquished the lead to Jeremy Clements, who was out front for the opening 12 circuits. Snider’s day didn’t get much better as his No. 93 Chevrolet went on to finish 31st after exiting the race early due to mechanical gremlins.

After two separate incidents for Kyle Weatherman and Ryan Sieg in the opening three laps, the race was soon sorted out, allowing Noah Gragson to shoot to the front cleanly, passing Clements on lap 13. The No. 9 quickly scooted away from the field to capture the opening stage crown. But after incurring a speeding penalty during pit stops under the stage break, Gragson fell back and Cindric soon became the man out front.

Cindric whisked the lead away from Harrison Burton early in stage two and held the lead the rest of the way home. The No. 22 Ford crossed the finish line first to claim both the second-stage victory and the overall win, only being slowed by a Lap 178 crash involving Brandon Jones and Daniel Hemric.

Behind Cindric was Chase Briscoe, who couldn’t muster up enough speed in his No. 98 Stewart-Haas Racing Ford to challenge the No. 22. Ross Chastain, Justin Haley and Justin Allgaier rounded out the top five.

Allgaier, who spent the night in a Kentucky hospital due to minor blood pressure irregularities, had to overcome a plethora of issues throughout the night. A brake rotor from Weatherman’s crumpled machine impacted the No. 7’s windscreen on the second lap, leaving a substantial deformation directly in front of the driver’s line of sight. Allgaier then had to make an unscheduled pit stop with handling issues and subsequently spent the remaining majority of the race a lap down before rallying very late to finish inside the top five.

Allgaier was able to capitalize on a late skirmish between Burton and Gragson that left both drivers in the wall. The fireworks continued in the garage area post-race when the duo was seen engaged in a heated conversation that quickly escalated to a physical fight. Burton claimed Gragson put him in the wall.

“I’m just frustrated,” Burton said. “It’s two times since we’ve come back from the COVID-19 pandemic. On restarts, it’s the same situation. We ran well to get our (car) into fourth place and (Gragson) happened to start in third, and both times, Charlotte and now, he puts us in the fence.”

Turning to the points situation, with the win, Cindric becomes the fourth driver to claim two or more victories in 2020. The 21-year-old joins Briscoe, Burton and Gragson at the top of the leaderboard. The battle for the projected final playoff spot heated up once again too. Brandon Brown, who entered the day just four points out of the 12th spot vaulted back into a spot in the big dance thanks to Snider’s early retirement.