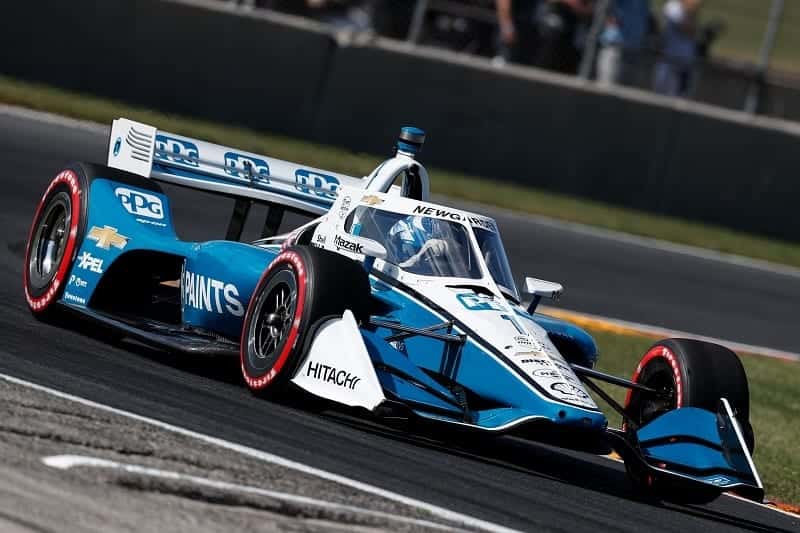 But it’s a new day, so it’s another chance for teams and drivers to conquer one of America’s most notable tracks. Will the same drivers who were successful on Saturday keep their momentum going on Sunday? Will the teams that had a terrible day have had enough time to fix their issues and salvage something out of the weekend?

How to watch: The race airs on NBC at 12:00 p.m. ET. Post-race coverage follows at 2:30 p.m. ET on NBC. Fans can also stream live timing and scoring through INDYCAR Race Control.

What happened in 2019: Colton Herta impressed early by nabbing the pole position, but the race was all about Alexander Rossi. The Andretti Autosport driver led the majority of the laps at Road America, for his second (and last) win of the 2019 IndyCar season. Herta would go on to finish eighth, while Team Penske’s Will Power and Josef Newgarden grabbed the other two spots on the podium.

What to watch for in 2020 (Sunday): Pit lane. Pit stops played a huge part in Saturday’s race, with multiple drivers having issues in the pits that cost them any shot they had at a Race 1 victory. It’s not uncommon to see one person get hung up in pit lane on a normal race weekend, but several mistakes all happening to contenders is a whole new level of frustrating.

And unfortunately, given the quick turnaround (about 17 hours), it’s fair to expect that there will be more blunders. Double-headers fell off the schedule in large part due to how hard they were on IndyCar teams, and now not only are they going through that again, but they’re doing it when many organizations are still shaking off some rust from the late start to the 2020 season. Expect at least one major malfunction. Hopefully it’s not Rossi.

Drivers to watch: The IndyCar conversation begins and ends with Scott Dixon at the moment. He has the potential to start a season with four straight victories. If he does so, that would be the first time that’s happened in more than a decade (Sebastien Bourdais in 2006). With any other driver, even suggesting the possibility would be insane, but with Dixon it’s actually plausible.

Graham Rahal looked remarkably fast on Saturday, just as he did at the 2020 GMR Grand Prix. If Rahal can keep up this fine form, he’s in for one heck of a season. Rahal’s last wins came in a double-header—the Dual in Detroit from 2017, which he swept. He has experience remaining competitive on a tight schedule, and he’s definitely got a good car under him.

Then there’s Conor Daly. Daly suffered a shoulder injury in his crash on Saturday; he seemed fine when he came out of the infield care center, but it’s never fun for anybody when your shoulder pops out. Hopefully Daly is back at full power on Sunday—not just for this race, but because it would be a total shame if his most promising season to date gets spoiled early.