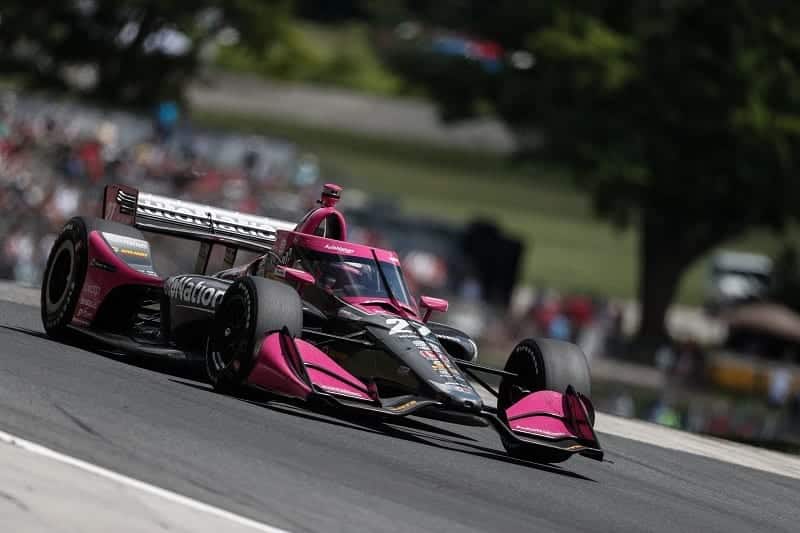 The 2020 REV Group Grand Prix at Road America was the NTT IndyCar Series’ first doubleheader of the 2020 IndyCar season. Saturday and Sunday (July 11 and 12) were when, in a sense, all heck broke loose for America’s open-wheel series. After two relatively normal races, this weekend was anything but normal.

There was yet another win for Scott Dixon, and just when his reign over IndyCar ended, the baton was simply passed to his Chip Ganassi Racing teammate Felix Rosenqvist. And believe it or not, who won the races is just the start of all there is to discuss.

Here’s what we learned from the 2020 REV Group Grand Prix:

1. Alexander Rossi’s curse is over

We’ll get to the winners in a second, but first a deep sigh of relief that Alexander Rossi is no longer damned by the IndyCar gods. After three races of ridiculous issues, the Andretti Autosport driver not only avoided disaster during Sunday’s event, but finished well—claiming his first podium of the 2020 IndyCar season. Even if you’re not a Rossi fan, you had to feel for him, and feel glad that he got that monkey off his back.

However, he may just have passed his bad luck on to Jack Harvey. Despite his best efforts, Harvey’s weekend at Road America left a lot to be desired. He was narrowly pipped for a pole position again, finished a disastrous 23rd in Race 1, and then got unintentionally clipped by Santino Ferrucci in Race 2. Ferrucci issued a public apology and Harvey gathered himself back up to finish 17th, but the Meyer Shank Racing driver deserved so much better than he got out of this trip to Wisconsin.

IndyCar fans are used to Team Penske having a fairly strong grip on the series. But after four races in 2020, Chip Ganassi Racing has a sweep going—and is kind of leaving Penske in the dust.

Two of Ganassi’s three drivers have all the victories so far, and the third (Marcus Ericsson) has looked pretty good even though he doesn’t have a win. He now has three straight top-10 finishes. Dixon had a bad pit stop that cost him Sunday, but still left the 2020 REV Group Grand Prix with the championship lead. And Rosenqvist finally got that first win that he’s been craving since Mid-Ohio in 2019.

Meanwhile, the 2020 REV Group Grand Prix was a rough ride for the Penske roster. Simon Pagenaud‘s qualifying was a total disaster and he was outside the top 10 both days, after being on the podium for both of the previous two races. Josef Newgarden made the best of some bad situations including his own pit stop fumble, but his best finish was 9th.

And as for Will Power, he may have finished runner-up on Saturday, but then everything went out the window for him on Sunday. It was truly surprising to see Power ruin the races of Ryan Hunter-Reay and Graham Rahal right out of the gate, and then mow the lawn with his own car a short time later. He then did himself no favors afterward by saying he “didn’t agree” with the subsequent avoidable contact penalty. He’s definitely got a few people annoyed at him going into this weekend’s Iowa doubleheader.

3. A moment for the signs, and other awkwardness

Let us take a moment to mourn the passing of the three REV Group styrofoam signs that gave their lives during the 2020 REV Group Grand Prix at Road America. Whether it was Alexander Rossi and Marco Andretti running them over on Saturday, or Power smashing into one Sunday, it was a terrible weekend for the signs.

(It makes you wonder how sponsors must feel when their advertising suddenly explodes into a billion pieces. As the title sponsor of the weekend, REV Group was fine—they had plenty of signage everywhere else—but do businesses cringe when their on-track ad or banner gets run over, damaged, or dragged along the racetrack?)

Another awkward moment took place on Sunday. With James Hinchcliffe making his NBC Sports debut as a pit lane reporter (a role he filled marvelously, by the way), it looked like he was going to have to watch his former car drive to victory. With the No. 5 Arrow McLaren SP entry dominating Race 2, Hinch’s NBC Sports colleagues were talking up his replacement Patricio O’Ward, and the situation only got more uncomfortable when they cut to Robert Wickens and talked about how AMSP has utilized Wickens as a driver coach.

All of this was an unpleasant reminder of what happened to Hinchcliffe over the offseason, and how he should have been driving this weekend instead of reporting. Hinch won’t be back racing with Andretti until the 2020 Indy 500 on August 23.