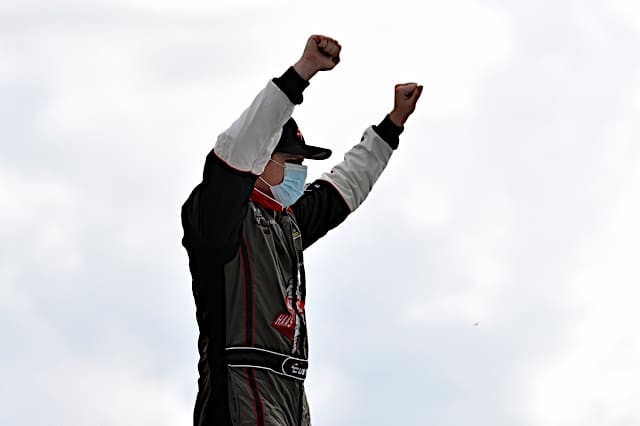 There are 16 drivers from seven different teams represented so far in the race of winners. Drivers eligible for this year’s event include 2019-20 race winners, previous All-Star Race winners and previous Cup champions.

After the All-Star Open, held earlier on Wednesday, four more cars will be added to the All-Star Race, with the three Open stage winners and the winner of the fan vote getting.

Justin Haley, who won the rain-shortened Daytona International Speedway race in July of last year, will be in the No. 77 for Spire Motorsports.

Cole Custer, who won on Sunday (July 12) at Kentucky Speedway, was the final named added to the event. He and Haley will be first-time all-stars.

Maybe it would be easier to list who is not in these All-Star Races. I count 38 entries.