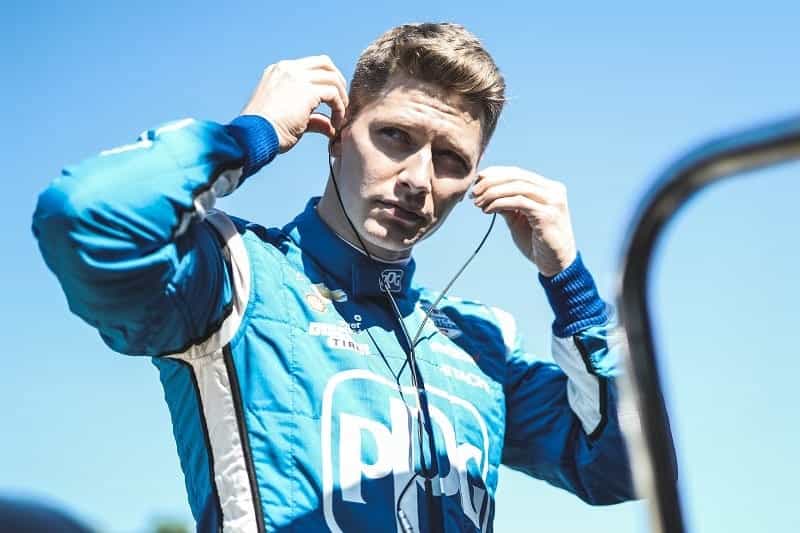 Scott Dixon has a commanding lead in the 2020 IndyCar championship so far, but who has a chance at dethroning him has become more clear after Road America. Here are the top contenders for the IndyCar title after four races—adding in the two rounds from the 2020 REV Group Grand Prix doubleheader.

Four races into the 2020 IndyCar season, and it seems like it’s going to be Scott Dixon’s title to lose. Sitting at 173 points, Dixon is over 50 markers ahead of his closest competitor. The No. 9 Chip Ganassi Racing driver has shown that he’s not only fast, but he’s consistent. Even a disappointing 12th place finish in the second half of the 2020 REV Group Grand Prix couldn’t put a dent in his impressive lead.

Dixon can’t depend solely on that buffer to protect him from his competition and his results at Iowa Speedway, where the season is headed next, have been mixed. But at this point, it’s hard to imagine the dominant five-time champion suffering a significant enough downturn in performance to warrant any concern about his Astor Cup hopes.

Consistency is key in the NTT IndyCar Series, and Colton Herta‘s 119 championship points is proof of that. Herta is the only driver to have finished in the top 10 in every race of the season so far, and his results only seem to be improving. As a result, he has rocketed into the second spot in the 2020 IndyCar championship over the last two races.

He still has a long way to go if he wants to dethrone Dixon, but Herta’s reliability this season has been impressive so far. A string of top-10s may not be enough to ultimately secure him the Astor Cup, but Herta is a very strong contender for the title, and will only become even moreso if he’s able to improve and turn some of those top-10s into top-5s or podiums (or even another win).

Two P5’s to round out the weekend, and it moved us to 2nd in the championship, now we need a win! #AllAndretti #PoweredByHonda pic.twitter.com/Jw8Wh778vB

With 110 points in the bag, Patricio O’Ward and Simon Pagenaud are tied for third in the 2020 IndyCar championship standings—but the Arrow McLaren SPM driver has secured more top-10s than the reigning Indy 500 winner. And that’s not counting the points O’Ward has earned for leading laps and securing pole position for Race 2 of the REV Group Grand Prix at Road America.

That said, O’Ward’s best finishes have come at tracks he’s raced at before. With the exception of the Harvest Grand Prix on the Indianapolis Motor Speedway road course, the rest of the IndyCar calendar will be an unknown for the Mexican driver. He has an uphill battle in front of him, and maximizing his points in the upcoming doubleheader at Iowa Speedway will be crucial if he wants to keep himself in the title fight.

I’m so proud of my team @ArrowMcLarenSP @McLarenF1 @TeamChevy and what we achieved this weekend… we are in the fight boys. Lets keep pushing??

Pagenaud is currently Team Penske’s best performing driver, but a difficult weekend at Road America has set him 63 points back from the championship leader and has firmly embroiled him in a best-of-the-rest battle below Dixon. After two podiums at Texas and IMS, the last thing Pagenaud needed at Road America was to come home 12th and 13th respectively.

But if anyone is capable of rallying back from a difficult weekend, it’s Pagenaud. He’s already shown how he can drive through the field to score extra points. Plus, he has his Indy 500 title to defend in August, and he can pick up more points and possible wins at tracks he’s very familiar with—the Indianapolis Motor Speedway road course and Mid-Ohio. It’s still far too early to count the Frenchman out of the 2020 IndyCar championship challenge.

Not the weekend we were hoping for at @roadamerica. We’ve got a lot of work to do but the No. 22 guys don’t quit. See you guys in a few days, and it was a joy to see fans at the track again! #indycar pic.twitter.com/YNhAjIJmxx

Josef Newgarden has never had as difficult a start as the way the 2020 IndyCar season has gone for him so far. Fifth in the 2020 IndyCar championship standings with 106 points, he’s still very much in the running but is going to need to start piecing together more consistent results after only one top-10 result at Road America.

Newgarden started the first race of the 2020 REV Group Grand Prix on pole, only to drop back to 14th by the end. While he managed to sneak back into the top 10 in the second event, the defending series champion hasn’t been in peak form. However, he’s put in stellar drives at Iowa Speedway in the past, which means we could easily see him on much stronger footing come this time next week.

Wasn’t our weekend but @roadamerica is a special place and even better with fans. See you next year ✌️@PPG | @team_penske | @teamchevy | @indycar #RELENTLESS

The best of the rest

If the 2020 REV Group Grand Prix weekend showed us anything, it’s the fact that a solid half of the full-time field still has an opportunity to make their way to the front of the championship standings. After the two races at Road America, almost a dozen drivers saw themselves shift in the points race, and there are still 10 more events on the schedule.

Alex Palou came to Road America down in 24th overall. Now he’s 12th. How’s that for an impressive weekend?

Marcus Ericsson and Will Power are separated by a single point—Ericsson’s 93 to Power’s 92—which means that both drivers still have a chance to claw their way up the ranks. Ericsson has finished in the top 10 in each road course race so far. The upcoming oval doubleheader at Iowa may prove to be a challenge for the Chip Ganassi Racing driver, but Ericsson is in good form to overcome his weaknesses.

Power’s 2020 IndyCar season season has been all over the place. His height in the standings can be attributed directly to his second place at the REV Group Grand Prix’s first race; he hasn’t finished in the top 10 in any other event. But he’s been ridiculously fast in qualifying, which is always a plus and will provide opportunities for him to post better results.

P1!!! What a race we had today, mega car by my @NTTDATAServices team! 4/4 for @CGRTeams ? #NTTDATARACING pic.twitter.com/seuWSntAOz

While Felix Rosenqvist and Graham Rahal—tied at 88 points—are currently the dark horses of the 2020 IndyCar championship run, it’s hard to imagine them staying out of contention for long. Both drivers have looked good all season, and both have had incredibly quick cars. Mechanical issues, contact and pit stop stop problems have all blended into a potent cocktail of disappointment that have kept these impressive drivers from really flaunting their skills. They’ll both need some perfect races to climb to the top, but that’s not outside the realm of possibility.