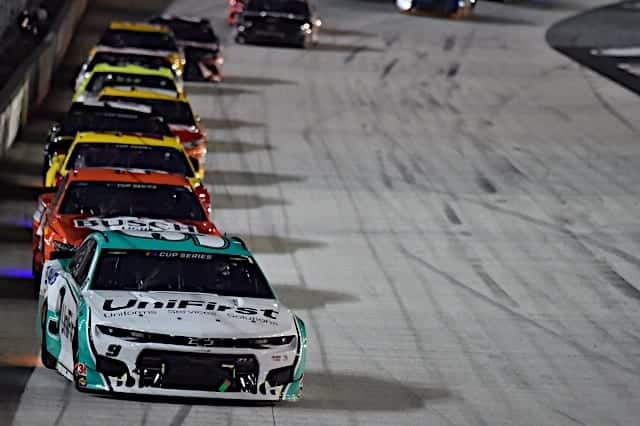 The Big 6: Questions Answered After the 2020 All-Star Race

Chase Elliott said after the race he and his team had to hit the reset button after a couple of difficult weeks. If that’s the case, they need to hit it before every race, because it worked. Elliott did everything right, his team did everything right and track position was king of the night. Elliott becomes half of the second father-son duo to win the All-Star race.

While finishing 14th in a field of 20 isn’t exactly a red-letter day, it’s not a bad one either for Justin Haley, the underdog in the race who got there via his surprise win at Daytona last summer. Haley held his own in an underfunded car, and his finish is fairly respectable. He beat three Cup champions with nine titles among them. That’s not bad for a driver who has a total of four Cup starts to his name.

What…if anything, should carry forward from this race?

But was anything here good enough to do it again?

First of all, let’s keep the All-Star race on short tracks, despite this year’s lackluster showing. It could bounce between Bristol and Martinsville, maybe Richmond. It should stay close to Charlotte simply because it’s the one race the teams’ families really get to enjoy (honestly, the teams should choose where it’s held. If they want Charlotte every year, so be it, because this race is all about them). But this race had potential to shine in a way an intermediate just can’t.

Speaking if that vibe, I’d be for using the choose rule in points races at Bristol, Martinsville and maybe Richmond. At Martinsville in particular, it would end the silly (and potentially dangerous) games teams play on pit road to get an inside starting spot. It doesn’t alter the quality of racing in any negative way. Sure, someone might gain a few spots here and there, but if he can hang onto them after the green, he earned them.

Open stage winners Aric Almirola and William Byron ran about where you’d expect – mid-pack against the top cars in the Cup Series. Both have had their moments this season when it looked like a win might be in the cards, but it hasn’t come yet. Only a handful of drivers have ever gone on to win the All-Star Race after transferring in from the Open, and that held true this year as Almirola finished ninth and Byron 12th.

Open winner Matt DiBenedetto finally closed the deal at Bristol, taking the checkers and making the show after holding off Clint Bowyer to win. He smacked the wall early on in the main event, causing enough damage to affect the No. 21 to keep him from being a factor. A two-tire change after stage two gave him track position, but he fell back quickly without the handling to make it stick. He finished his first All-Star event in 13th.

Like the others who transferred in last-minute, fan vote winner Clint Bowyer ran about where he has for much of the season, finishing 15th.

Polesitter Martin Truex Jr. is one of the drivers who has struggled a bit in 2020 without weekly practice or qualifying. He’s also had his struggles at Bristol in the past, so his 10th-place finish is, as is a theme this week, par for the course.

Four-time All-Star race winner Jimmie Johnson has won this race more than any other driver since its inception in 1985. But this year the No. 48 was off the mark and never improved. Johnson finished his last turn in this event in 17th.

The real moment of clarity came after the checkered flag with the realization that the Open was the more entertaining race. That race featured a few bump and runs, one dump and run, and drivers generally racing like it meant something.

The All-Stars couldn’t match the underdogs in enthusiasm or excitement when all was said and done. I’m far from an advocate for wanton crashes and intentional wrecks, but with a million dollars on the line, it seemed like nobody was willing to make any kind of gamble or bold move to win it. This should have been a marquee event: short track on a Wednesday night under the lights for a million-dollar prize and a year’s worth of bragging rights, all in front of fans for the first time in months. But it wasn’t much better than the previous All-Star events at Charlotte. The short-track vibe was, as I said earlier, evident, especially before the race, but the event fell far short of expectations.

Yes, it’s ugly. Like, really ugly. But the shoved-back car number does allow sponsors more visibility, and sponsors are critical to the sport’s viability. At the end of the day, the company on the side of the car pays the bills to keep that car on the track.  And if the sponsor thinks having a bigger logo on the side of the car will help them sell more widgets, leading them to buy more races, it’s good for the team.

Having more teams who can be competitive is good for NASCAR. It makes races more exciting, which is good for fans. So, while it may not be pretty – okay, it’s really, really not pretty – it may very well be a thing permanently in the not-too-distant future. And if brings teams money, it’s not the end of the world.

How… come NASCAR changed the rules for this race?

The All-Star Race has seen some changes through the years, and some have been good, some questionable and some silly. But one made in recent years needs to go. It used to be that the race was about teams as well as drivers, and if a team qualified, that team raced, even if there was a driver change. Now, the driver still makes the race in his new ride, but his old team gets the shaft.

News flash: that driver absolutely didn’t win the race on his own.

The team prepared the car, pitted the car, made the car better at every stop.  They deserve the recognition if they had a win. 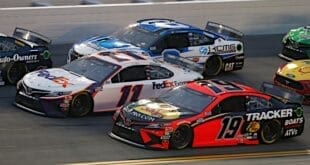