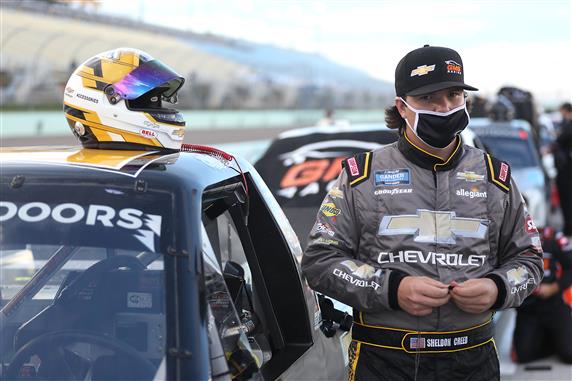 Sheldon Creed, the most recent winner in the NASCAR Gander RV & Outdoors Truck Series, has been named the pole sitter for the Truck Series race at Texas Motor Speedway in the Vankor 250

The 22-year-old has made three career starts at Texas and has one top-10 finish, sixth in the second race there last year. Creed is second in the championship standings.

The only other full-time driver to win this season has been Grant Enfinger, starting second. In six starts at the 1.5-mile track, Enfinger has four top fives and five top 10 finishes.

Austin Hill will start third, Kyle Busch fourth in his final Truck Series start of this season, and Todd Gilliland rounds out the top five.

Thirty-six drivers are entered, so all made the starting field.

The Vankor 250 is scheduled to take place on Saturday, July 18 at 8 p.m. ET with TV coverage provided by Fox Sports 1.