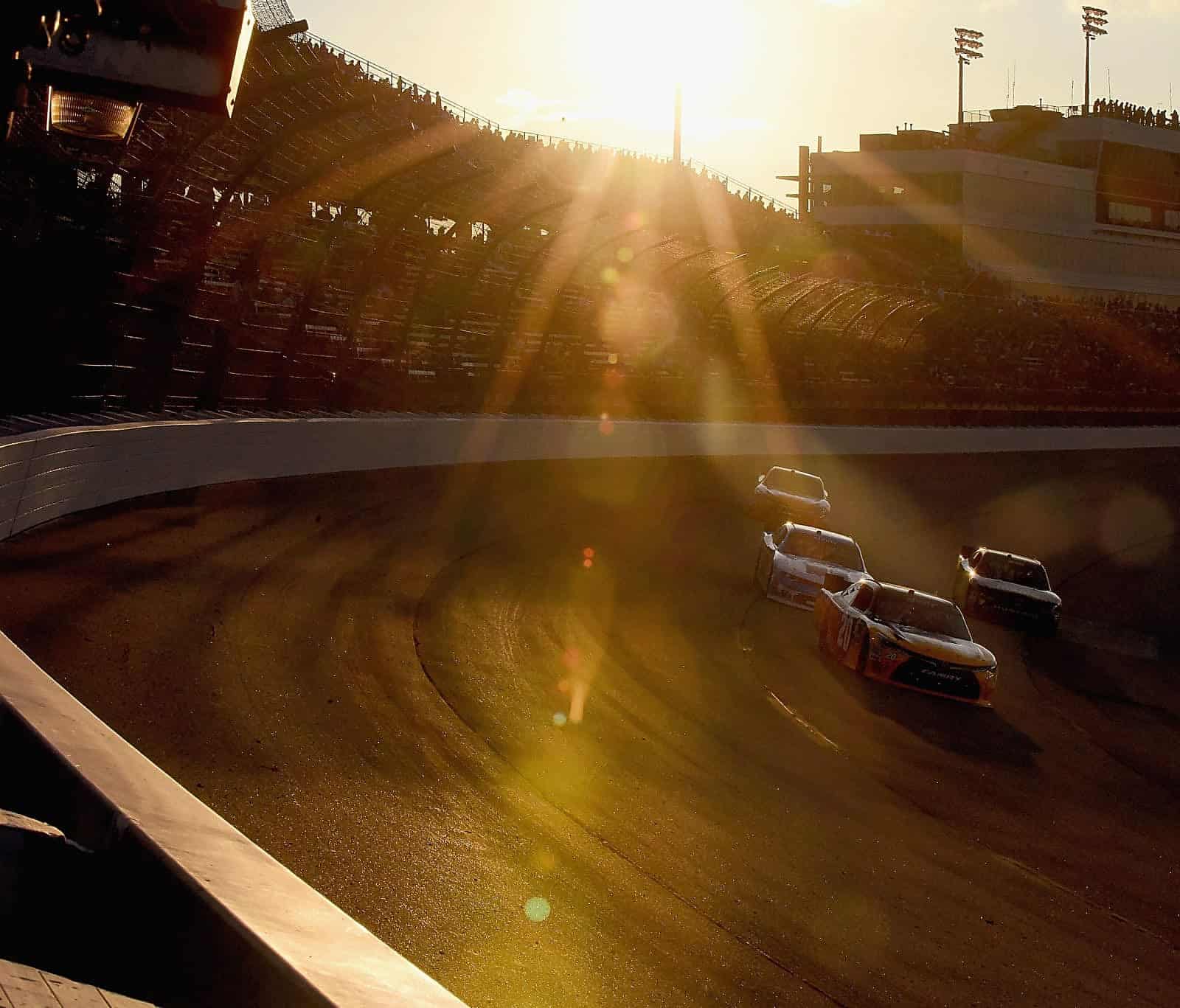 Iowa Speedway will host the next round of the 2020 ARCA Menards Series with the Shore Lunch 150 on Saturday, July 18. The event marks the sole stock car race at Iowa this season for the first time in track history. COVID-19, of course, forced the cancellation of the NASCAR Xfinity and Gander RV & Outdoors Truck series events slated for this season.

Iowa has been a staple of the ARCA schedule since 2006 (with the exception of 2014) and it continues on into the new age of the ARCA/NASCAR partnership. The 7/8th-mile oval’s unique length and multiple grooves typically make for great side-by-side competition.

Chandler Smith picked up the victory last season at Iowa, the 13th different winner in 13 races at the track. After going 0-for-11 at Iowa Speedway, Toyota has two straight victories with Smith and Sheldon Creed. The manufacturer is also on a tear this season, winning every race held to date. Ty Gibbs picked up the victory last weekend in ARCA’s return to Kentucky Speedway, holding off Bret Holmes and extending Toyota’s streak.

Despite dominating the early parts at Kentucky, Michael Self finished third but continues to lead the standings by 22 points. Holmes and Drew Dollar are tied for second while Hailie Deegan and Thad Moffitt round out the top five in points.

The last time ARCA went west of the Mississippi, Smith earned the victory at Phoenix Raceway. Iowa will feature a few of the drivers featured in that race.  The previous Showdown race at Lucas Oil Raceway at Indianapolis conflicted with the ARCA Menards Series West race at Irwindale Speedway, precluding any of those teams from making the long haul to Indiana.

Speaking of Smith, he’ll return this weekend to defend his 2019 victory. He’s earned two wins already this season, at Phoenix and Indianapolis Motor Speedway, and currently leads the Showdown points standings by eight points over teammate Self. He’s the only previous winner entered at Iowa and will look to be the first driver to go back-to-back.

Dollar, meanwhile, returns to a track he has seen before in his career. He raced at Iowa last season in the K&N Pro Series East, finishing seventh with DGR-Crosley. On his new team (Venturini Motorsports), it’s Self who has the most starts at Iowa with three, earning a best finish of third at the facility.

DGR-Crosley currently sits fourth and fifth in the ARCA Menards Series points standings. Both Deegan and Moffitt had a rough go-around last weekend at Kentucky. Moffitt spun and hit the wall at lap 70 and, just seven laps later, Deegan was turned by Dollar on the backstretch.

Looking ahead, Deegan has two starts at Iowa while the other two DGR-Crosley drivers have zero. Taylor Gray has limited experience, too, as he just made his ARCA Menards Series debut a few weeks ago for DGR-Crosley at Indianapolis. Gray finished fourth in his first race and looks to translate that momentum into a solid performance on Saturday.

Sitting there lurking as a dark horse for this race is Gibbs. He has won twice this season but not earned a victory within the Sioux Chief Showdown Series. He’s 16 points behind leader Smith but there’s hope to close the gap; the series heads to a track that Gibbs had some success on in 2019 (fifth place). Joe Gibbs Racing has had tons of success at Iowa, winning with a multitude of drivers in the Xfinity Series.  JGR cars have visited victory lane seven times at the track and, on Saturday, Gibbs will look to add to that number.

Sam Mayer is another driver who is still lurking for his first victory. Last weekend at Kentucky, he earned his third straight top-five finish and his 10th in the last 11 races. Mayer has never raced in the ARCA Menards Series there but has two starts in what is now the ARCA Menards Series East. In fact, the last time the East Series raced at Iowa, it was Mayer picking up the victory, his second of the year that resulted in a season championship. Can he visit victory lane again here?

Bill McAnally Racing will return to the ARCA Menards Series for the first time since Phoenix with his West Series lineup. Gio Scelzi, Jesse Love, and Gracie Trotter will be among the ARCA Menards Series invaders from the West. Love picked up his first career victory a few weeks ago at Utah Motorsports Campus and will look to transfer that momentum into the race on Saturday. These three cars did not compete in Indianapolis, pushing them out of the top 15 in Showdown points. Scelzi sits 17th followed by Love in 25th and Trotter in 33rd.

Max McLaughlin will be the sole driver to invade from the East Series. McLaughlin finished sixth in his ARCA Menards Series debut at Indianapolis and will have some added track time before the East Series returns next month at Dover. McLaughlin has one career start in the East Series at Iowa coming last season, where he finished 10th. Looking at the big picture, McLaughlin currently sits 14th in the Showdown standings.

Kody Swanson makes his ARCA Menards Series debut with Chad Bryant Racing this weekend. Swanson has raced in the USAC Silver Crown Series, earning 29 career victories and five championships, including last year. He’s won the Little 500 at Anderson Speedway three times, a staple event in Indiana the night before the Indianapolis 500. Though racing open-wheeled cars the majority of his career, Swanson will make his much-anticipated debut with a team that has had much success at Iowa. Cunningham Motorsports, now Chad Bryant Racing, has four victories at the track. NASCAR Xfinity Series standout Chase Briscoe won with them in 2016 en route to his ARCA Menards Series championship.