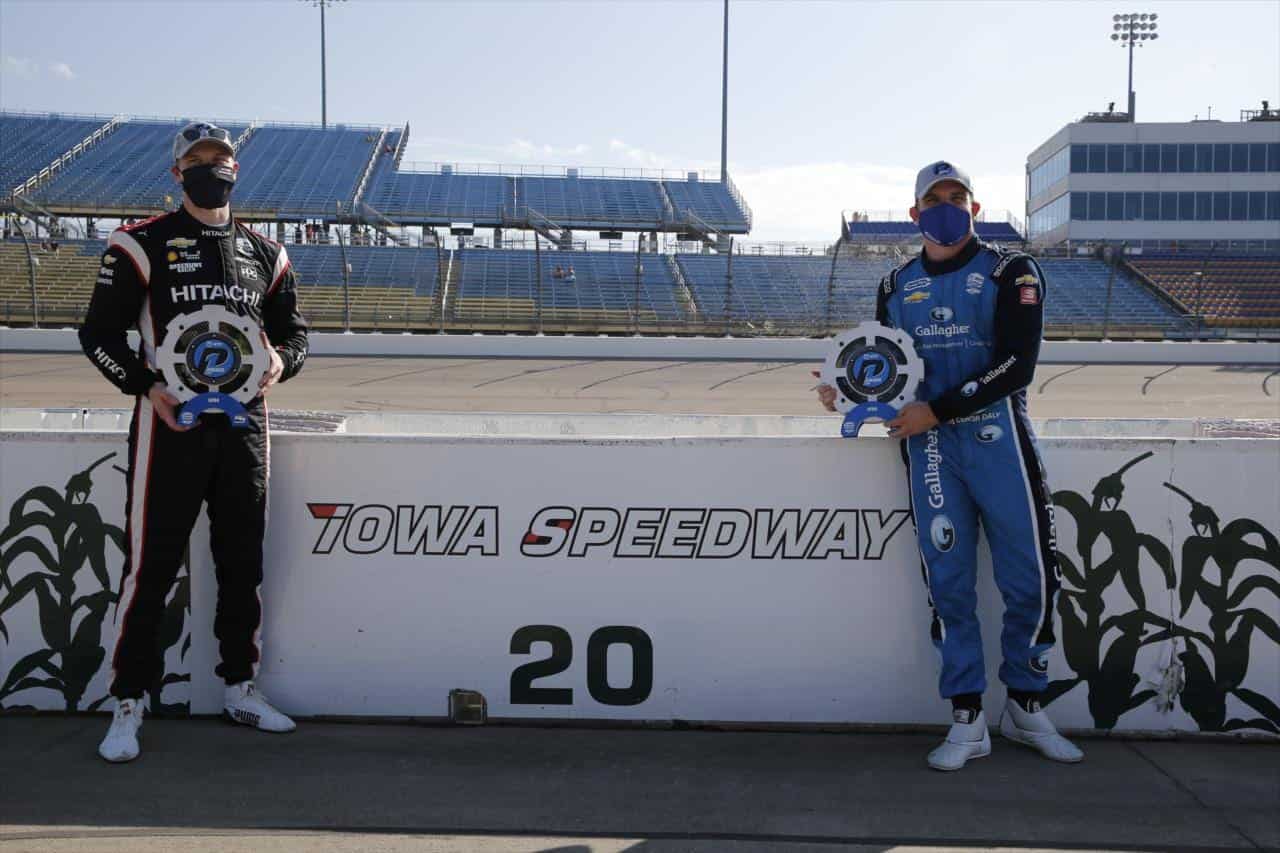 The NTT IndyCar Series held qualifying for both Iowa 250 events at Iowa Speedway on Friday, July 17. Conor Daly won his first pole for Friday night’s event while Josef Newgarden was the fastest car on the second lap, clocking in at 175.333 mph. That was good enough to claim the pole for the second leg of the doubleheader Saturday night.

The qualifying procedures for the doubleheader consisted of two timed laps, the first one counting for Friday and the second lap counting for Saturday’s event.

Team Penske teammate Will Power had the second-quickest lap of 175.024 mph. However, Power crashed out of Friday’s event after his left-front wheel came off, so he may go to a backup car.

Daly starts third Saturday, as his second lap was a quick 174.960 mph. The Carlin Racing driver finished eighth in the first leg of the doubleheader.