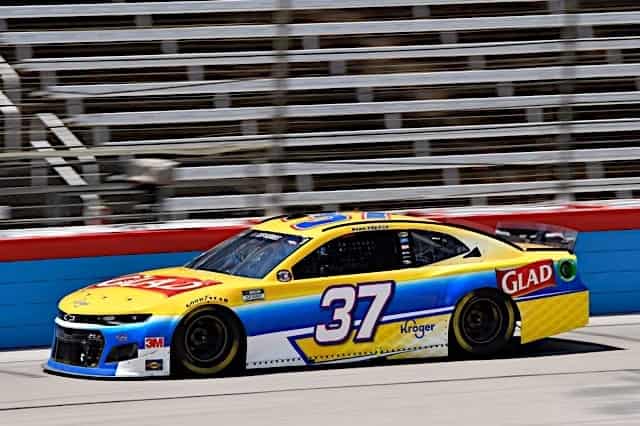 The 2020 NASCAR season has been filled with a lot of surprise twists. Texas Motor Speedway was no exception with Sunday’s (July 19) O’Reilly Auto Parts 500.

Entering this weekend’s race in the Lone Star State, the sport’s Goliaths were primed to rise to the occasion, scoring another victory. After all, Kevin Harvick had won the last three fall races at the 1.5-mile oval in between a few victories from Joe Gibbs Racing. It looked like a battle among JGR, Stewart-Haas Racing and Team Penske once again until a late caution came out, trapping some cars one lap down during a cycle of green-flag pit stops.

All of a sudden, over the final 30 laps, Richard Childress Racing controlled the race. The team coasted to a surprise victory, posting its first 1-2 finish since October 23, 2011 at Talladega Superspeedway. They’ve also clinched a spot in the NASCAR playoffs. Meanwhile, at the opposite end of the field was JTG Daugherty Racing… again.

Let’s take a closer look at what stats stood out after a weekend of racing at Texas.

Let’s face it: since Austin Dillon joined the Cup Series full-time in 2014, he’s gotten a lot of unnecessary crap for being a “silver spoon kid.” Uh, look at the record book, people. Dillon’s actually a two-time NASCAR champion, hoping to become the first driver to win a title in all three national touring divisions. Respect that.

Sure, Dillon was born into a racing family; his grandfather is Richard freakin’ Childress. Legend. But since his grandson took over the No. 3 car, RCR hasn’t been up to par.

Ryan Newman made it to the Championship 4 in Dillon’s first season, while the No. 3 car stumbled, way back in 2014. Correct. It was also Dillon’s rookie year, where mistakes were expected to be made. Let’s not forget, what made Cole Custer‘s win last weekend at Kentucky Speedway so impressive was how he did it. He was the first rookie to straight up win a race (no extraordinary circumstances like weather, fuel mileage, etc.) since 2007, when Juan Pablo Montoya was victorious at Sonoma Raceway. Rookies aren’t supposed to win at NASCAR’s top level.

Dillon, after a rough start at NASCAR’s top level, won two races in his first 246 series starts. Those races were pretty, pretty big in their own right: the sport’s Daytona 500 and Coca-Cola 600. Crown jewels.

As the Cup Series went to the Lone Star State this weekend, Dillon wasn’t even on my radar to win the event. In fact, I didn’t even have him inside the top 10. But in a surprise move, crew chief Justin Alexander elected for two tires late in the race, giving Dillon control and clean air up front.

That meant Dillon was going to choke, right? Nope. In fact, Dillon and teammate Tyler Reddick combined to lead the final 23 laps of the race, with the No. 3 car leading 22 (the most laps led in Dillon’s career on a non-superspeedway track). He then held off the likes of Kyle Busch and Joey Logano on a trio of late-race restarts for the victory. That, my friends, is impressive.

Dillon is now all-but a lock for the playoffs. Entering the race, the No. 3 car came in 24 points below, having to points race through the final nine races of the regular season.

The month of July has been forgetful for second-year Cup driver Ryan Preece.

Two weeks ago in the Brickyard 400, Preece was caught up in the melee on pit road, damaging his car enough to be retired from the race, finishing last. Last weekend at Kentucky Speedway, the No. 37 car had a transmission failure, exiting the race on lap 159; checkmate, another last-place result. No way the JTG Daugherty Racing team could go three-for-three at Texas Motor Speedway, right?

On lap 220, Preece was involved in a pileup on the restart, beginning when Aric Almirola hooked Kyle Busch into Martin Truex Jr. Running mid-pack, the No. 37 car had nowhere to go, rear-ending Custer and ending both their days. It was another shotgun finish for Preece in a year where he’s been collecting them.

After getting caught up in that accident, @RyanPreece_ is going to have his third straight DNF. The 37 has failed to finish in six of 18 races (including today) this year.

Through the opening half of the season — yes, the Cup schedule is officially half over following Texas, woof — Preece has six DNFs in 18 races. Yikes. That’s not good for a driver that is a potential free agent at the conclusion of the 2020 season.

Now, much of Preece’s incidents this season have been freak incidents; he’s simply had no luck at all. Hell, even the driver himself, in late May, asked a group of media via a Zoom call what he needs to do for some good luck. Still, the record book – an average finish of 26.9 – doesn’t look good for the Connecticut native. He’s just hoping to not become the first driver with four straight last-place results on Thursday (July 23) at Kansas. G.C. Spencer (1960), Dave Blaney (2009) and Max Papis (2010) all had three straight to share this dubious record.

The previous three times were all with different drivers:

Who said Austin Cindric can’t win on an oval? Ha!

Over the past year-and-a-half, Cindric has shown great speed on all types of tracks; ovals, triangles, rectangles and, duh, obviously road courses. But now the No. 22 team is finishing races.

No, Cindric didn’t cross the finish line first in Saturday’s (July 18) NASCAR Xfinity Series race, but thanks to Busch’s No. 54 being too low in the left rear, move over, No. 22 to victory lane.

Winning a race in that fashion – via the leading car getting disqualified – has got to be odd. We have seen it, though, several times over the past year as NASCAR has cracked down on the rules. Regardless, Cindric is the victor, earning his third consecutive win… on an oval, nonetheless!

Cindric becomes just the ninth driver in series history to win three consecutive races. The series now heads to Kansas Speedway next weekend, where the No. 22 is looking for its fourth straight victory. Unfortunately, he has an average finish of 32nd in a pair of races at the track, so extending this streak isn’t too likely.

C’mon! Let’s call it like it is: RCR got lucky. A late race caution and pit strategy created a ‘blind squirrel’ scenario. You and I both know he’ll be a first-round washout in the playoffs….