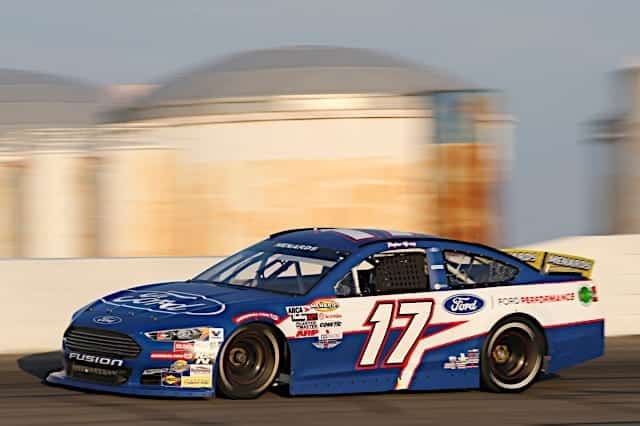 Ever since Gray made his debut earlier this month, running fourth at Lucas Oil Raceway in Indianapolis, the youngster has been leaving a strong impression. Gray is also a prime example of why the ARCA Sioux Chief Showdown is a big deal. The national challenge can produce drivers in the pipeline who will be a force to be reckoned with further down the road for the series championship.

At Iowa, Gray started on the outside pole and battled with multiple drivers throughout the field. Once the Firestone rubber from the NTT Data IndyCar Series wore off, Gray found a rhythm and started making his way toward the front.

Gray didn’t fall outside the top 10 most of the race, moving into seventh position by the halfway point. He then kept his nose out of trouble and snuck up to fifth in the closing laps, earning his second straight top-five result in two races.

“I’m really proud of our effort today,” said Gray. “I felt like I got a little behind in practice, but we adjusted on our car throughout the race and came home fifth, which was positive. We keep learning and growing together as a team. I am looking forward to getting better each week and I can’t thank DGR-Crosley, Ford, and my team enough for this opportunity.”

Taylor’s brother Tanner will return behind the wheel next weekend at Kansas Speedway. However, Taylor will return for several events later on in the year; his next scheduled event is at Toledo later this summer.