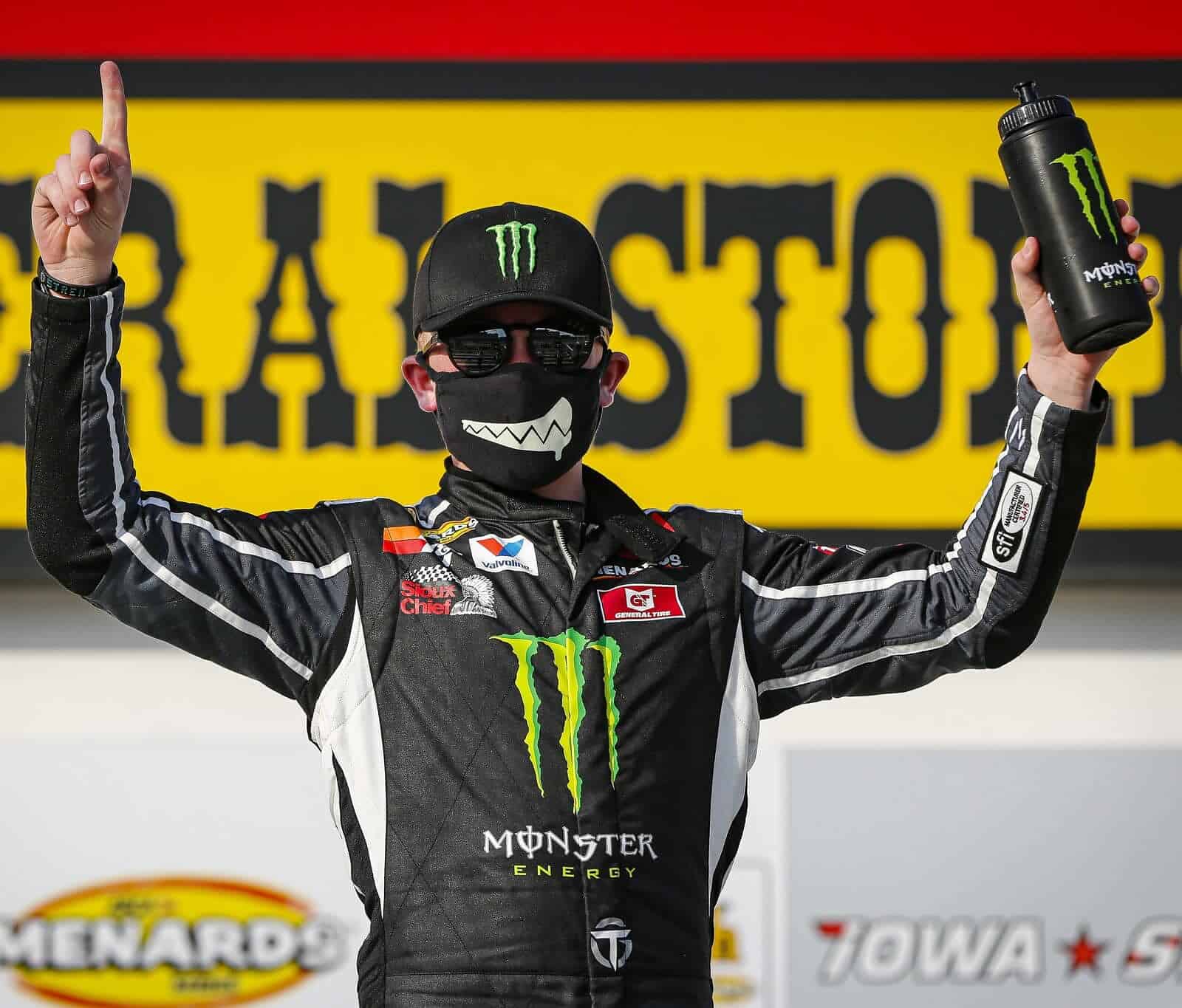 It was all Ty Gibbs Saturday afternoon (July 18) at Iowa Speedway as the No. 18 dominated the Shore Lunch 150. Gibbs earned his second straight ARCA Menards Series victory in dominating fashion, leading 140 of 150 laps.

Gibbs took the lead from pole sitter Chandler Smith on lap 11 and simply never looked back. The teenager’s now won three out of the last four ARCA races he’s entered, sitting seventh in the standings despite only competing in five of seven events.

“It’s been a good deal,” Gibbs said after the race. “Hopefully, we can keep this up.”

The only true competition Gibbs had late in the event came from Sam Mayer. Mayer challenged the No. 18 Toyota, closing the gap up front but pushed it too hard, making contact with the wall in the exit of turn 3 in the closing stages. Despite limping home to the finish, Mayer still held on to earn his third career runner-up result. Bret Holmes tied his previous career best, finishing third, while Smith and Taylor Gray rounded out the top-five finishers.

Gibbs also had to fend off rookie Hallie Deegan, putting together one of her best ARCA performances to date. Deegan, who turned 19 this week, worked her way into second early in the race and spent much of the day fighting with Gibbs. She ran second, fighting with Mayer, for much of the event until a rear-end issue ended her day just before the halfway point.

With Deegan out of the picture, Gibbs simply cruised up front. The final margin of victory was 1.4 seconds as the grandson of owner Joe Gibbs continues to prove his talent behind the wheel of a stock car.

Behind him, the racing was more subdued in part due to NTT Data IndyCar Series practice. Early on in the event, it was noticeable that drivers were sticking in one specific groove in an effort to wear off the Firestone tire rubber. Gibbs, Smith, and Mayer, among others, were noticeably staying in the same line in an effort to have a layer of General Tire rubber later in the race.

It was a relatively clean event with just a handful of one-car incidents causing six total caution flags. Five of the 21 cars failed to finish, however, due to mechanical failure while just nine ended the race on the lead lap. Drew Dollar and Scott Melton also had their share of on-track issues; both brought out caution flags early on. Melton wound up 15th, 14 laps off the pace, while Dollar ended the day 42 laps down in 17th.

The ARCA Menards Series now heads to Kansas Speedway next weekend for the Dawn 150, the first of two 2020 events at the speedway. It’s a crucial track to master for drivers before they return here for the championship finale in September.

The Dawn 150 will go live on FOX Sports 1 at 10 p.m. ET on Friday, July 24. The race will also be available later On Demand via the NBC Sports Gold Track Pass.