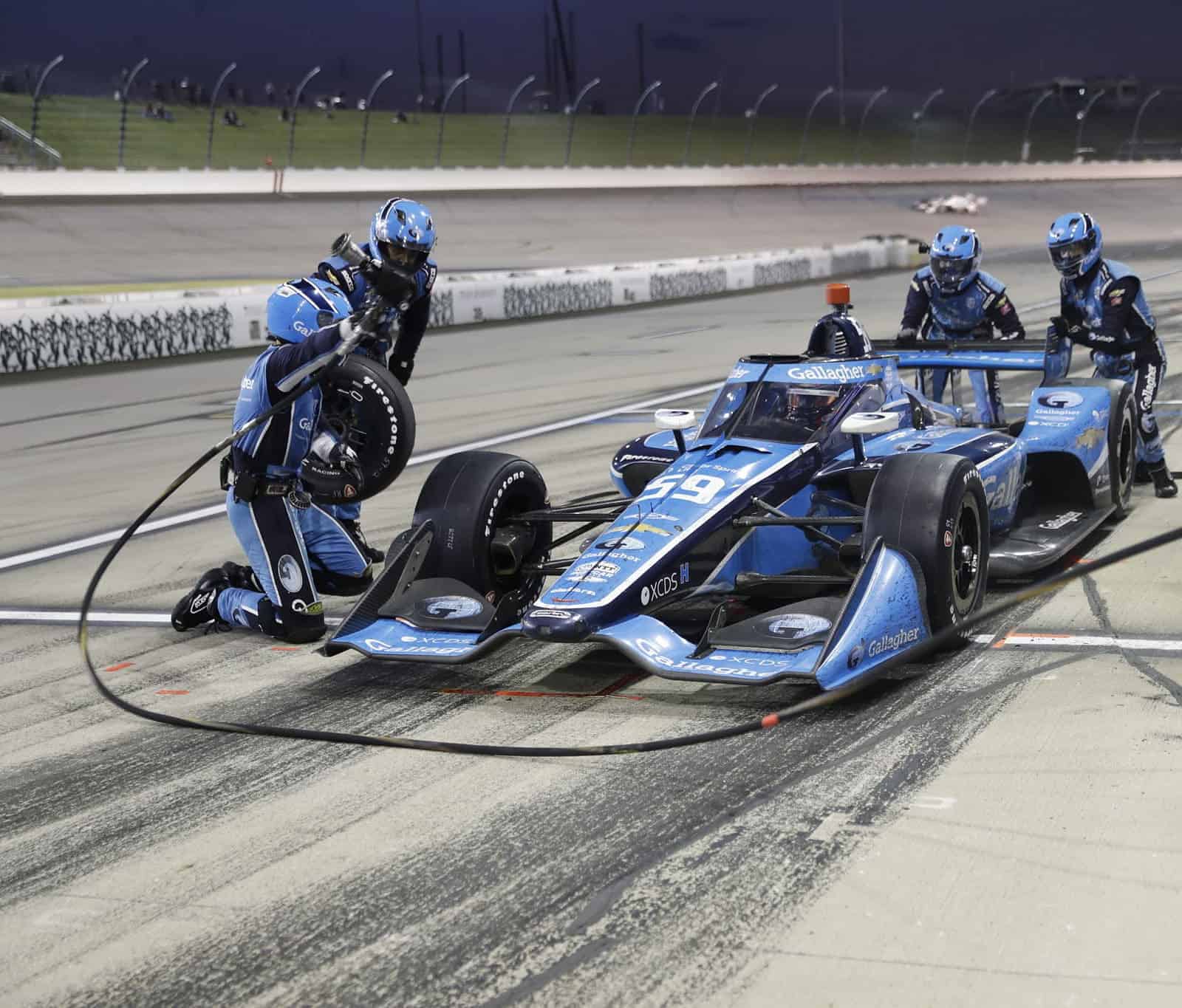 The NTT IndyCar Series has a pit stop problem. Teams across the board have struggled to complete a successful stop during the 2020 IndyCar season, sometimes with disastrous consequences. In this week’s Backmarker Blues, we take a look at the plague of botched IndyCar pit stops—what might be causing them and what teams can do to recover in the second half of the season.

There have been at least two pit road incidents at every single event in the 2020 IndyCar season. At Iowa Speedway on Saturday (July 18), Patricio O’Ward‘s unsecured wheel nut and Ryan Hunter-Reay‘s crash into the pit wall trying to blend back onto the track were the only problems. But that was the least botched race from a league where you normally might see one major pit lane disaster in a week.

A disastrous pit stop for Pato O'Ward, who was in second, as the lugnuts aren't tight, and O'Ward has to back up. #INDYCAR #IOWA250s pic.twitter.com/i0GIKe8T0o

In fact, Iowa Race 1 the night before was the race with the most pit road incidents so far in 2020. At least nine pit road problems transpired that night. Fans saw everything from more unsecured wheel nuts to another crash from Hunter-Reay.

This season has involved all kinds of pit road mayhem. Fuel flow problems, damaged air jacks, collisions, stalls, dropped wheel nuts, prematurely dropped cars, and mechanical issues manifesting during the stop. There have been team errors and driver errors. Both Honda and Chevy have been afflicted, and teams across the board, from the Team Penske behemoth to the Carlin single-car outfit, have struggled. Rookies, veterans—it doesn’t matter. IndyCar pit stops seem to be a recipe for disaster.

It’s an absurd amount of issues compared to most years, and some folks—including IndyCar Radio Network pundit Dave Furst—believe the pit road breakdown is a direct result of the COVID-19 pandemic.

Crazy number of pit issues this season. Most teams followed protocol and did not have their full crews together at the race shops during the lockdown. #IndyCar

Due to COVID-19 social distancing mandates, teams were unable to congregate in large numbers during the extended offseason. Engineers could work remotely, but pit stop personnel weren’t able to practice changing tires on an Indy car at home, and they certainly weren’t able to do so in tandem with their normal squad in order to work on their coordination.

During a pit stop, every person over the wall needs to perform flawlessly in order to get their driver back on track as quickly as possible. A pit stop is a well-choreographed dance, and if just one member is off beat, the whole thing goes to shambles. If one person is a little slow securing a wheel nut, the car might be lowered before it’s actually ready. A driver could take off with an unsecured tire or the team could have to lift the car back on its jacks to finish service.

Every second is crucial. This year alone, Will Power, Scott Dixon, Josef Newgarden and O’Ward have lost the lead of an IndyCar race due to an abnormally long stop.

The lack of offseason practice meant teams were rusty coming to the track, where thanks to compressed scheduling, they were then deprived of more practice time. The added stress of back-to-back doubleheader weekends seems to have had some impact, too, with drivers in key positions falling victim to poor stops. It’s not implausible that both crews and drivers grew physically and mentally exhausted after four races in fourteen demanding days.

.@12WillPower has been cleared after this incident.

It’s difficult to make a sweeping generalization for all the IndyCar teams, since every team’s situation is different and several have struggled with financial difficulties due to the pandemic. But the long delay to start the season certainly exacerbated many issues with a condensed schedule, a lack of practice and no room for error.

Thankfully, August is a more relaxing month. With only one event scheduled in the first two weeks, everyone on the grid will have a chance to recover and get in some much needed pit stop practice or in-shop repairs. That should be the first step toward finding more consistently all around.

Pit stop issues will probably persist throughout the 2020 IndyCar season due to the abnormal circumstances, but no other month has five races like July did. The latter half of the season holds promise that IndyCar’s pit stops will no longer be teeth-clenching events for fans and teams alike.