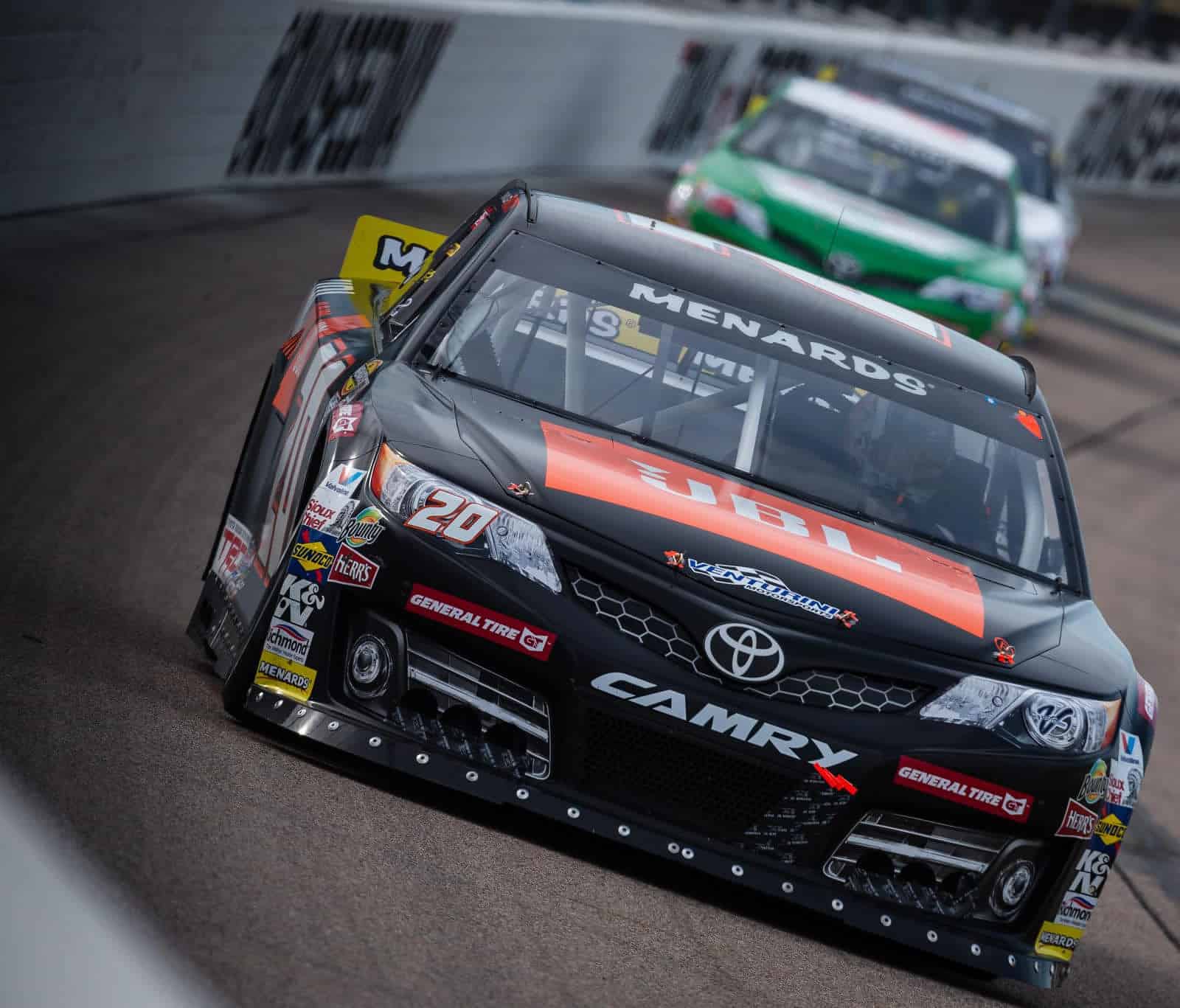 Gibbs absolutely dominated Saturday’s (July 18) race at Iowa Speedway and inched closer to Chandler Smith for the lead in the ARCA Menards Series’ Sioux Chief Showdown. Gibbs moved up a position to third in the SCS standings, just 13 points behind. In between the two, sits the quiet assassin, Michael Self, who finished Saturday’s race in sixth and continues to lead ARCA’s season-long championship standings. Self is 10 points behind in the SCS standings.

Hear from @TyGibbs_ after his 3rd ARCA victory in the past month of racing!!??
⠀⠀
⛽️: @JoeGibbsRacing #NASCAR #Motorsport #Racing #MonsterEnergypic.twitter.com/K22jFsGo7c

Sam Mayer inched closer to his first career victory in the main ARCA series, finishing second. Mayer moved up to fourth in the SCS standings. The Showdown championship is one of two championships that Mayer is attempting to acquire in 2020. He’s also looking to win his second straight ARCA Series East championship, where he currently holds a two-points advantage over Gibbs.

Bret Holmes was in the picture Saturday but never got passed the point of being a winning candidate. Holmes remains in the same position he left Lucas Oil Raceway with. He has had the speed to run with the drivers ahead of him in the points but has only had the luck behind him a few times.

Hailie Deegan looked to be the only driver who could challenge the No. 18 at Iowa, but a little bad luck struck the No. 4 once again. A tire going down forced Deegan and the team to play a game of chess with the No. 15 of Drew Dollar for every spot possible. She scraped up an 18th-place finish, but fell the most of any drivers in the Showdown, from third to sixth.

East Series Standouts: Sitting second in ARCA East standings, Gibbs earned his fourth combined victory of 2020, and just behind him sits Mayer. The two have been putting on shows on short tracks across the country for the last few seasons, so it’s nothing new nor unexpected.

For a driver who just made his debut a few weeks ago in the second round of the Showdown, Max McLaughlin has been impressive, finishing sixth and seventh. His seventh-place finish Saturday places the No. 1 Hattori Racing Enterprises Toyota Camry 11th in SCS points. The East has by far shown up to battle with the “big dogs,” and it’ll be interesting to see if one of these two could sneak away with a victory.

Gray has moved up to 10th in the SCS points standings with his standout performances in the last two events. Gio Scelzi finished the race in 11th and was one of the biggest movers in the Showdown standings, jumping seven positions to 12th.

What’s Next?: The Sioux Chief Showdown will return next weekend at ARCA’s home track for a doubleheader at Toledo Speedway. The doubleheader will take the place of the events that were slated for Mid-Ohio Sports Car Course and Elko Speedway, as races at those two tracks are officially canceled due to COVID-19. The ARCA 200 presented by XPxE will kick off the weekend on July 31 and will be followed by the Menards 200 presented by Crosley Brands the following night.

Fans will not be permitted to attend the events at Toledo, but both races will be televised live on MAVTV. They will also be streamed live via the NBCSports Gold: Track Pass. The Friday, July 31, event, is slated for an 8 p.m. ET green flag, while the Saturday, Aug. 1, event is slated for a 6 p.m. ET start.

The only two Showdown events that have been confirmed beyond that are at the Daytona International Speedway Road Course and at World Wide Technology Raceway at Gateway. The races at Bristol Motor Speedway, Memphis International Raceway and Salem Speedway are still on the schedule, just waiting to be finalized.