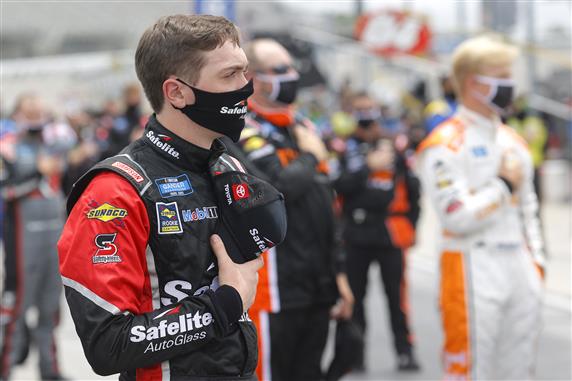 Brett Moffitt starts on the front row next to Eckes, while Front Row Motorsports driver Todd Gilliland slots in third. Brandon Jones will wheel the No. 51 KBM truck from the fourth position and ThorSport Racing’s Ben Rhodes rounds out the top five.

The No. 83 truck of CMI Motorsports withdrew due to damage from Texas. Ray Ciccarelli will pilot the No. 49 truck and will start 35th.

The starting lineup for Saturday’s race will be based on where drivers finish on Friday. The top 15 finishers will invert in the lineup, while 16th on back keep their positions.