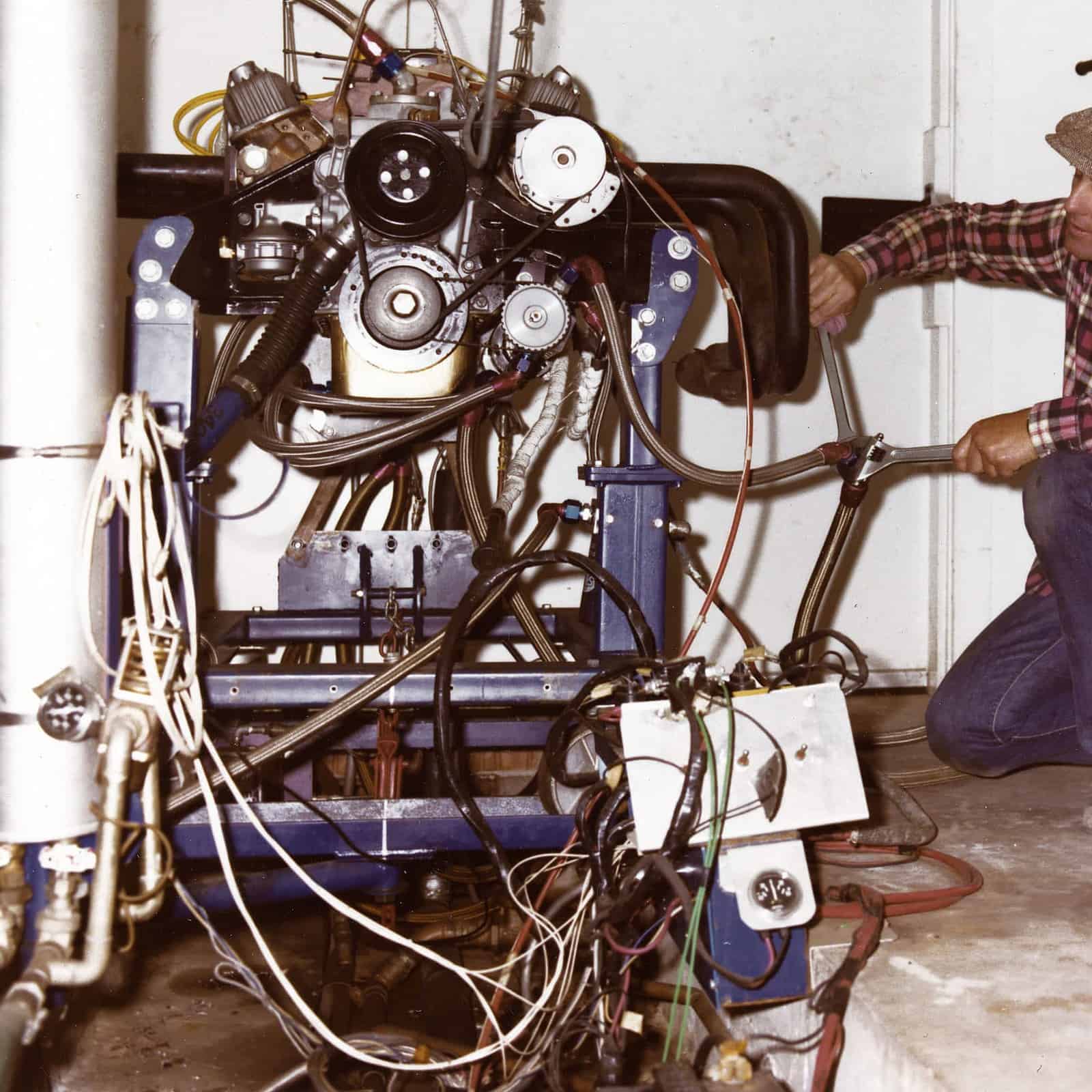 NASCAR often likes to describe itself as a team sport and a family sport.  Both points are true.  It’s easy to get caught up in the romanticism of the solitary racing driver braving high speeds and high danger to capture the checkered flag.  But every great racer needs a quality team of experts who are just as great at their jobs.  And, when racing was a family business for many of the sport’s pioneers, some of your best teammates came out of your own household.

Maurice Petty exemplified both of those ideas.  Petty, the accomplished engine builder during the glory days of Petty Enterprises, passed away on Saturday, July 25.  Best known for building the motors that powered his brother Richard’s cars, Maurice was a major contributor to the No. 43 team’s seven championships in the 1960s and 1970s.  The Petty brothers and their cousin, crew chief Dale Inman, were the gold standard of achievement at NASCAR’s highest level for decades.  From Richard’s first win in 1960 to his last (and controversial) win with the family team at Charlotte Motor Speedway in 1983, Maurice provided the power plants.  Considering all the changes that NASCAR went through during those turbulent years, Petty Enterprises had an absolutely remarkable run of success.  Only a select few have matched what they accomplished.

While Maurice was best at building engines, he tried his hand at a few related roles from time to time.  From 1960-1964 he made 26 starts in what was then called the Grand National Series.  None of those races resulted in a win, but he did place in the top five seven times, a respectable number given the infrequency of his races.  Maurice also served as a crew chief for Pete Hamilton during the 1970 season.  Their 14 races together netted three wins: the Daytona 500 and twice at Talladega.  Maurice even spent a few seasons as the head man at Petty Enterprises when Richard left to race for Mike Curb.  Just like his brother, Maurice enjoyed a long, active NASCAR career.

The most successful teams in NASCAR history have never been reliant on one person’s ability.  For instance, there is no denying the talent of someone like Jeff Gordon behind the wheel.  But would Gordon have been as great as he was with Rick Hendrick and Ray Evernham?  Would Jimmie Johnson have become a NASCAR legend without the guidance of Hendrick, Gordon, and Chad Knaus?  Even Dale Earnhardt had a support system.  While Earnhardt captured his first Cup Series championship quickly and posted good results for years afterward, it took a reunion with Richard Childress’ team for Earnhardt to become a truly elite competitor.  Perhaps Gordon, Johnson, and Earnhardt were so talented that they would have become great no matter what paths their careers took.  But the excellence of their teams helped them rise to the highest level of greatness, the kind of accomplishments that helped redefine the sport.

Petty Enterprises was the same way.  Maurice and Richard complimented each other’s strengths in a way that allowed them to work well together.  Richard wasn’t just great because of his skill as a driver.  His legend grew because he was able to be the public face of NASCAR.  Off the track, Richard was always aware of how he presented himself to fans and the media.  On track, he was the ultimate competitor, able to race anywhere, anytime.  Richard’s personality suited his role as a driver.

Maurice was much more content to stay behind the scenes.  He was typically out of the spotlight, setting up the engines and chassis to make Richard as fast as possible.  So, just as the track became Richard’s domain, the garage belonged to Maurice, or “Chief” as his brother often called him.  That dynamic was remarkably durable over the years.  As Richard’s star rose through the 60s and he became “The King” of NASCAR, he owned a lot to Chief.

It is also remarkable just how much the Petty brothers and Inman had to do on their own to keep the race team functioning.  Before them, Lee Petty had laid the foundation for a successful racing operation.  But Lee’s crash in a qualifying race for the 1961 Daytona 500 left him with serious injuries that accelerated his retirement from racing.  Once Lee was out of the driver’s seat, the future of Petty Enterprises rested primarily with his sons.  Even though Richard and Maurice had been around racing their whole lives, they were only 23 and 21 years old at the time of their father’s accident.  Staying competitive in NASCAR must have been a huge trial by fire for such young men.

Of course, Maurice and Richard had plenty of opportunities to learn, given the length of the Grand National schedule during the 1960s.  Nearly 60 years later, it has become frustratingly common for some fans to downplay the No. 43’s success, attributing it to a well-funded team beating up on fields full of also-rans.  However, the Grand National Series of the 1960s was not like the Cup Series today.  NASCAR’s highest level was not a carefully orchestrated procedure where each driver and team moved from one race to the next each weekend.  The schedule simply was not set up with the expectation that everyone would compete at most races.  Yet the Pettys found a way.

Yes, Petty Enterprises was lucky to have some factory support (usually from Chrysler) and occasional sponsorship.  But given how often the auto manufacturers clashed with Bill France and pulled completely out of NASCAR, no team could count on factory support long-term.  Compared to their peers, running so many races was likely a disadvantage in several ways for Richard and Maurice.  They had to find a way to be self-sufficient, and they did just that by relying on each other’s strengths.  It was with good reason that Maurice was the first engine builder inducted into the NASCAR Hall of Fame in 2014.  Petty Enterprises was as good as advertised.

Maurice Petty’s life and career should serve as a reminder that greatness rarely happens alone.  Especially as the spread of COVID-19 continues to challenge communities around the world, the story of Petty Enterprises is a relevant example of what people can accomplish with cooperation, a good support system, and reliable teammates.  Even if Maurice was not the public face of his team, there is no doubt that NASCAR has lost one of its defining competitors.  Without Chief, NASCAR may have never had its King.

Sad to lose another of the Legends of the sport.

Sorry to hear the sad news of his passing. You wrote a nice article.

As SB noted, another Legend is lost to us.

One of the things I loved about NASCAR when I first became a fan was the fact that so many of the legends of the sport were still walking among us. Sadly, the last few years we’ve started losing them (Pearson, J. Johnson, Baker, just to name a few). I knew that would eventually happen because nobody lives forever. But it’s still tough to lose them nonetheless.