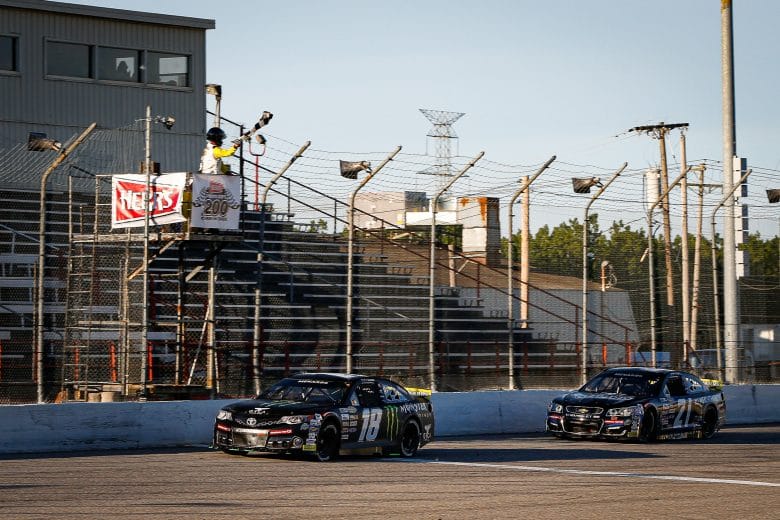 The ARCA Menards Series entry list for this weekend’s double-header at Toledo Speedway (July 31 and Aug. 1) was revealed this morning (July 29).

16 cars are listed on the entry list to battle at Toledo for rounds four and five of the Sioux Chief Showdown Series. The entry lists for both events have zero changes between each other.

Con Nicolopoulos ran the No. 06 last weekend at Kansas, but this weekend Tim Richmond returns to the ride.

Fast Track Racing features a combination of returning drivers and those making their debut. Mike Basham will pilot the No. 10 and Rick Clifton will drive the No. 12. Owen Smith will make his ARCA Menards Series debut behind the wheel of the No. 11.

Taylor Gray will return to the No. 17 car his brother finished fifth in last weekend.

Ty Gibbs returns to the No. 18 after Riley Herbst was in it last weekend.

Chandler Smith returns to the No. 20 after Ryan Repko finished runner-up in the car last weekend.

Giovanni Bromante will make his ARCA debut in the No. 74 for Visconti Motorsports. Bromante has two previous starts in the ARCA East Series with the same organization.