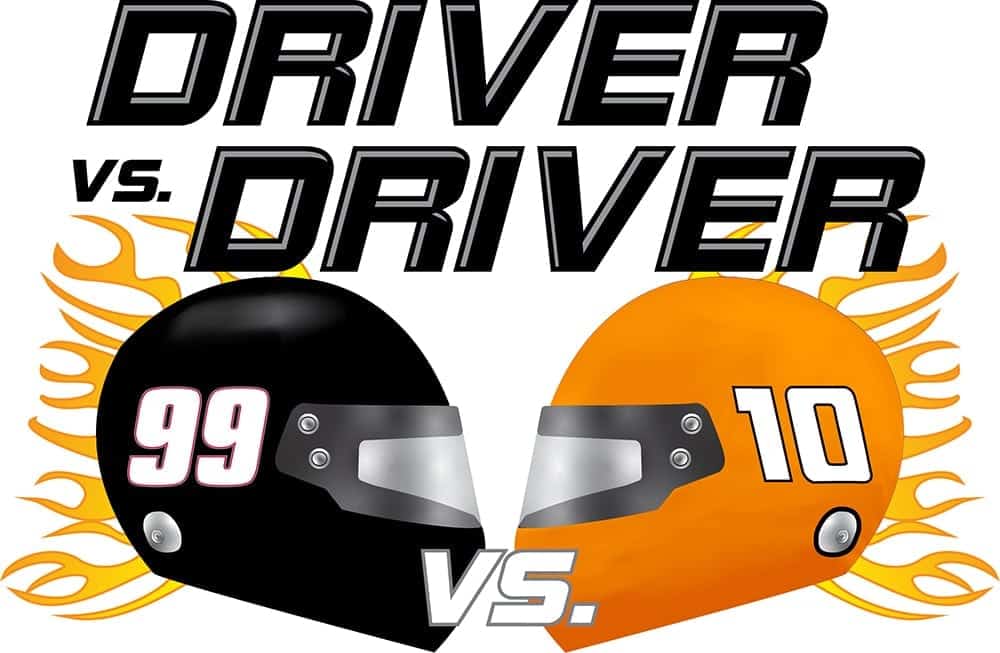 NASCAR drivers are often defined by titles. Whether it’s referring to them as seven-time NASCAR Cup Series champion Richard Petty or 2014 champion Kevin Harvick, those championships are memorable.

But titles aren’t everything.

This month, we look closer at drivers who have won a lot of races but have no Cup title to go with them. The rules are simple: drivers must have competed against one another over time, and they must have something in common. Here, there really are no winners; that’s up to the ages to decide. But there sure are some great conversations about the best of the best.

Simply put, you don’t get more than 20 Cup wins without being an elite talent. Hundreds of drivers have raced in NASCAR’s top series, fewer than 200 have won races, and fewer than 45 have reached 20. That puts Ricky Rudd and Jeff Burton in the top echelon among drivers, not only of their generation, but all time. Rudd edges Burton with 23 wins to Burton’s 21, but both have longevity and the ability to find a way to win on their sides.

Which of these warriors comes out on top?

It’s a record that was only broken by Jeff Gordon. But Gordon’s record just plain wasn’t as impressive as Rudd’s, as Rudd did it with multiple team owners, multiple styles of racecars, multiple manufacturers, didn’t have any qualifying safety nets for years and was longer in years.

What records does Jeff Burton have, by the way, that has only been broken since by Gordon?

Here’s another Rudd record: most consecutive seasons with at least one Cup win in the modern era. Many have tried over the years, and it has been matched only by Rusty Wallace (Kyle Busch is just a win this year away from matching it), but nobody has broken the record Rudd set at 16.

Burton, meanwhile, only had eight seasons with a win in his entire career.

I’ll concede that Burton had a higher prime than Rudd, with six wins in 1999 alone. But Rudd was always the more consistent driver, with his best season, 1991, ending with a higher points finish and better average finish for the season than anything Burton did.

Burton drove for three different owners in his 20 full- time seasons. OK. Rudd drove for 10 different car owners at or near full time in 27 seasons and won with seven of them.

One of those car owners was actually himself. Rudd won six races driving for himself as an independent driver-owner, one more win than the legendary Alan Kulwicki. Sure, Rudd didn’t contend for a championship in that time period, but that was also in the mid- to late-’90s, when it became harder and harder to compete at the Cup level as an independent.

Burton raced with at least one teammate in 18 full-time seasons in his career, with his first two seasons being with the one-car Stavola Brothers racing team. In those 18 seasons, he finished behind at least one teammate in points 16 times. That is almost a 90% failure rate. The only two seasons Burton actually finished above a teammate in points was when he was 10th in a down season for Roush Fenway Racing in 2001 and his career-best third in 2000.

By the way, in that 2000 season, Rudd was 43. When Burton was 43, 10 years afterward in 2010, he finished 12th in points for his final top-15 points finish of his career, having already notched what ended up being his final career victory two years prior. Rudd, meanwhile, finished fifth in points with two wins in that season alone.

“But 2010 Richard Childress Racing wasn’t as good as Robert Yates Racing in 2000” would be a very fair point to make if RCR didn’t have a driver third in points in 2010 while RYR had Dale Jarrett sandwiched between Rudd and Burton in fourth.

Burton had championship-contending equipment in at least 11 seasons of his career, yet completely under-performed. He was a good driver but also spent his career as at best, the sidekick of his much better teammate. In four full-time seasons at Hendrick Motorsports, Rudd was the best driver in points three times. No way can Burton match that. The only other times Rudd was paired with a teammate, he beat Jarrett once in four years at RYR and lost to David Gilliland at RYR at the end of his career. And average finish tells us that last one is only because Rudd missed races due to a broken arm.

Is Rudd the best driver of all time? No. But he was one of the most consistently good drivers in history, with the ability to adapt and find success in a number of different situations throughout his career. And he’s way better than Burton, who under-performed relative to his teammates and only really had five HOF-worthy seasons in 20 years.

When both were on the Hall of Fame ballot in spring, neither got in. Rudd, however, was named as getting the third most overall votes on the 10-nominee ballot, just one off from induction. Burton’s (lack of) success on the ballot went without comment.

You be the judge on who should be in the HOF and who should stick to being a NASCAR America talking head. -Michael Finley

The 1993 Slick 50 300 at New Hampshire Motor Speedway may not have had as many headlines as the 1992 Hooters 500. But looking back, the race still had plenty of stories that should each be respectfully stamped in NASCAR history.

Mark Martin won the inaugural pole, while Rusty Wallace cruised on to win the inaugural race at the speedway. The race proved to be the final career start for the late Davey Allison, who finished third but perished in a helicopter crash just two days later in Talladega, Ala.

Most importantly, it was the first-ever Cup starts for two drivers: reigning Xfinity Series champion Joe Nemechek and Jeff Burton.

The 26-year-old Burton, a four-time Xfinity Series winner prior to that weekend, qualified an impressive sixth. However, contact with Ken Schrader on the second lap sent Burton’s No. 0 around in turn 1, making contact with oncoming cars.

Burton returned to the track many laps down. But on lap 87, he wrecked again in turn 3, suffering damage that put him out of the race for good. The South Boston, Va., native ended his debut in 37th.

But not to worry for Burton, as his time in the atmosphere of NASCAR has been filled with excellence from that July afternoon in 1993 to present day. 695 starts over 21 years, notching a Rookie of the Year award in 1994, 21 Cup wins, 27 Xfinity wins, and he is still leaving a tremendous impact on the sport to this day outside the car. He still has both his son Harrison Burton and nephew Jeb Burton trying to carry the family name toward success in the Xfinity Series, and he serves as an analyst for NBC Sports Network, with whom he has broadcast since 2015.

Burton spent the majority of his time in the Cup Series competing against another good ol’ Virginia boy, Ricky Rudd. From Burton’s debut in 1993 until Rudd’s farewell season in 2007, the two drivers competed against each other points-paying Cup Series event — 433 in all. Throughout that time, Burton scored six top-10 points finishes over Rudd’s five, including four straight top-five points finishes from 1997-2000. Despite Rudd’s record of 16 consecutive seasons with at least one win, he never won more than twice in a season. On average, it was Burton who won more times during a season than Rudd. 17 out of Burton’s 21 career wins came between 1997-2001, with a peak of six wins all coming in 1999.

Speaking of which, Burton’s win total is only two fewer than Rudd’s at 23. But of course, had things worked out in his favor, there are several what-if moments through which Burton’s win total could have easily been added onto, such as Burton’s epic Hail Mary attempt on Jeff Gordon on the last lap of the 1997 Southern 500. Or the 2000 Daytona 500, when Burton came up one spot short to Dale Jarrett as the yellow flag brought the race to an end. Or the 2008 Daytona 500, when Burton was shuffled out of the lead on the final restart, falling to 13th at the checkers. Or the drag race he had with Clint Bowyer coming to the checkered flag at Talladega Superspeedway in 2011.

Aside from all those missed opportunities, Burton did collect many other significant race wins along the way. He was the inaugural Cup winner at Texas Motor Speedway in 1997 (his first win), and in 2007 he became the first driver to win repeat races there. He swept both races at Darlington Raceway in 1999, including the 50th running of the Southern 500. He is a two-time winner of the Coca-Cola 600, winning in 1999 and 2001. His victory in the 2000 Pepsi 400 gives him a restrictor plate win to boast over Rudd, who has zero.

With the Cup Series racing at New Hampshire this weekend, it’s only fitting to mention that Burton’s four Cup wins there are still the the all-time series record at the speedway, having been only recently tied by Kevin Harvick in 2019. And we should never forget about his remarkable flag-to-flag win there in 2000, when he led all 300 laps en route to victory. With or without restrictor plates, nobody has achieved this feat in the Cup Series ever since.

Burton was a noteworthy driver who quietly carried a float like a butterfly, sting like a bee mentality behind the wheel. His rise from starting out in family-owned equipment to being a true team player on several major teams speaks volumes on how high he scaled during his career.

Yes, he did wait a little bit longer to receive his big break. But once he got it, he made sure to pack a strong punch. His rise to on-track greatness in the late ‘90s and early ’00s was certainly appealing.

And for a 6-year-old kid from Western New York with a blooming NASCAR fandom to see his sharp-looking No. 99 pull into victory lane all those times, it was just all too easy for The Mayor to become a favorite.

Both drivers have similar impressive statistics, but the Rooster was one tough driver, whether he was starting a race with his badly-swollen eyes taped open, or lying on his back in victory lane because of severe burns on his backside. I’m a huge fan of both drivers, but for me, Ricky Rudd easily wins this showdown.