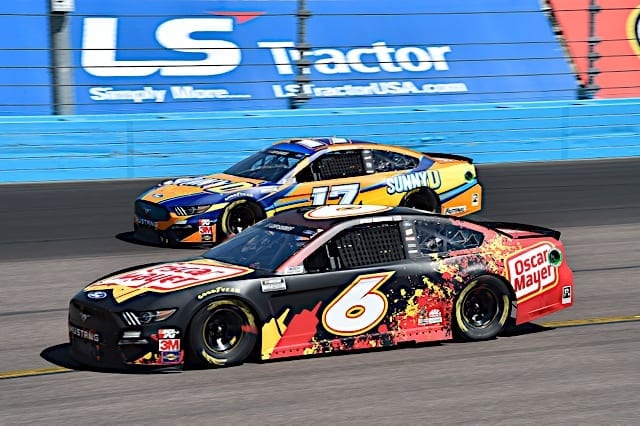 Friday Faceoff: When Should NASCAR Unveil the 2021 Schedule?

With the COVID-19 situation constantly evolving, when would it make sense for NASCAR to unveil the 2021 schedule?

Mark Kristl: There isn’t a right time.  Nevertheless, NASCAR must announce it at some point, even though there are uncertainties.  If the schedule is set by the Southern 500, why not announce it that weekend to add more storylines to that famed race weekend when fans may not be allowed to attend that race?

Zach Gillispie: NASCAR should not reveal an actual schedule until it is less than a month away from the start of the season, which presumably would be mid-February 2021. However. NASCAR should reveal a concrete schedule of track descriptions (short track, superspeedway, road course, etc.) in the near future so teams know how to prepare which cars for which track type for which date. That way, if one track would be suddenly unavailable, NASCAR could quickly move it to a similar venue in a safer location. The venues will likely ebb and flow as we’ve seen these last several months, but if NASCAR can accurately pinpoint the track description on solid, unchangeable dates, it should make things easier for the teams. While there have been difficulties, NASCAR and the tracks have shown a keen ability to be flexible this season, and with the extreme uncertainties of the near future, it’s best the 2021 schedule remains flexible too.

Frank Velat: NASCAR has to assume that even if the state of the pandemic has improved by next year, there will still be restrictions. No city or state will merely flip the switch off as soon as we go a week with no new cases. I think West Coast races can return, so there really isn’t much reason to wait. Get it out there as soon as it’s ready. If at some point things need to be changed, it can still happen. NASCAR has demonstrated the degree to which it can modify the schedule and still get everything there in time to hold a race.

There’s talk of Hendrick Motorsports possibly eliminating a NASCAR Cup Series team next year. Could we see a three-car HMS in 2021?

Gillispie: It is certainly plausible. Rick Hendrick probably does not want to downsize, but this economical climate has made things very constricting. The team already lost some of its big sponsors in recent memory, including Nationwide Insurance and Lowe’s. To make matters worse, Hertz has gone bankrupt and Liberty University and Hooters are also feeling the effects of the pandemic. It might not be what the team wants, but finances may force its hand unless another big sponsor or a funded driver comes along.

Velat: HMS will not pull the plug on any of its teams. If it was planning to, now would be an appropriate time. I simply don’t see it happening. HMS is on the same level as Team Penske and Joe Gibbs Racing when it comes to landing big sponsor money. A partially funded driver could be enough to convince some of the companies HMS is already associated with to get more involved. I would rather not see a Hendrick car become a revolving-door rent-a-ride, but that’s easy to say since the team doesn’t operate off my funds.

Kristl: No. Jimmie Johnson has suffered some bad luck, but the whole organization has improved.  Four charters equate to more revenue than three.  There are options if Hendrick is unable to land a big-name free agent. Noah Gragson just acquired some more sponsorship.  Justin Allgaier has backing from Brandt.  Brandon Jones has some funding.  If HMS is struggling to secure funding, move Alex Bowman into the No. 48 and choose a pay driver for the No. 88.

Velat: Toss up. Austin Cindric has a hot hand right now, as he narrowly missed out on a fourth consecutive win. But Chase Briscoe has demonstrated more consistency throughout the year. The one thing that makes it so difficult to choose between them is that both have shown the ability to minimize their bad days. Being involved in crashes or pit road miscues can mean the end of the day for many drivers. But both Briscoe and Cindric have experienced such things and recovered to maximize their finishing positions, a must for any potential champion.

Kristl: Briscoe, because he is a better driver on all types of tracks — Darlington Raceway, road courses, short tracks, etc.  At Phoenix Raceway, Briscoe has three top 10s in three starts, whereas Cindric has four in five starts.  In a narrow contest, I give the nod — for now — to Briscoe.

Gillispie: Briscoe. He has been fast and competitive everywhere. While it took a while for Cindric to get his legs underneath him, Briscoe has been firing on all cylinders since the 2020 season commenced. Cindric may have won three races in a row, but Briscoe has displayed excellent speed, resilience and, most importantly, consistency. Consistency wins championships.

Matt Crafton ended a long winless streak in the Gander RV & Outdoors Truck Series last weekend. What other driver in any of the top three series is most overdue for a victory?

Kristl: Chris Buescher and Roush Fenway Racing both need a win.  Buescher, the former Xfinity champ, only has one Cup victory – a weather-shortened win at Pocono Raceway.  Many applauded RFR for bringing him back to drive the No. 17 Ford., but now he finds himself 21st in the championship standings, and the team has not won since 2017.  A win by Buescher would validate the decision and re-energize this storied organization.

Gillispie: All the talk has been about Johnson’s and Kyle Busch‘s droughts, but let’s dig a little deeper. Daniel Hemric has made 165 combined starts in all three NASCAR national divisions. In over half of those starts, he has finished in the top 10. In seven of them, he finished in the runner-up spot. Yet incredibly, there is still a giant and ominous goose egg in the win column. It is a shame NASCAR has not yet been fortunate enough to see him pull off his signature victory backflip. However, my sources have told me that the ghost of Carl Edwards may or may not be to blame. There may be some bad juju that has been cast, but it is sure about time that Hemric wins at least something.

Velat: Clint Bowyer. While Johnson and Busch get all the press, the future of their presence in their current cars is not in doubt. Bowyer, on the other hand, is floundering in mediocrity. Of his three teammates, two have already won this year, and the third, Aric Almirola, already has more top-five finishes than in any year in his career despite the season being barely halfway through. There are more talented Ford drivers coming up in Xfinity, and Bowyer can ill afford to spend most of his time finishing between 11th and 20th as the year goes on.

Frank Velat has been an avid follower of NASCAR and other motorsports for over 20 years. He brings a blend of passionate fan and objective author to his work. Frank offers unique perspectives that everyone can relate to, remembering the sport's past all the while embracing its future. Follow along with @FrankVelat on Twitter.
Previous Stock Car Scoop: Pit Road Rule Changes for Gateway Trucks
Next Aric Almirola Draws Cup Pole for New Hampshire