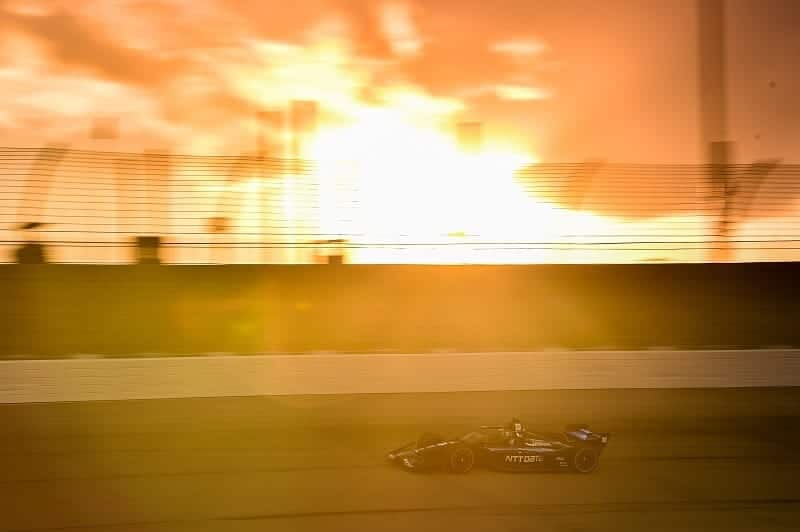 July 2020 was one of the busiest months in recent NTT IndyCar Series history. After a slow start with just one race in June, the league packed five races into July—including back-to-back doubleheader weekends and their much-talked about return to Indianapolis Motor Speedway. It all amounted to five events in 15 days.

Fans knew that the 2020 IndyCar season was going to be hectic because of the scheduling issues created by current events, but July was a huge ask for drivers and teams. One doubleheader is hard enough (see Detroit), but doing two on consecutive weekends plus an additional race put a ton of stress on everyone involved. The fact that these folks were able to push through and provide the quality racing that they did deserves a round of applause on its own.

But the high-pressure situation also started to separate the true IndyCar championship contenders from the rest of the field. Scott Dixon won two more races, starting his year off with three straight victories. Chip Ganassi Racing won four in a row, as Dixon was followed by Felix Rosenqvist finally getting his first series win at Road America. That was a pretty good way to celebrate Ganassi’s 30th anniversary.

Then Team Penske’s Simon Pagenaud put on another brain-breaking performance, going from last to first at Iowa Speedway. Not only was that an incredible drive for Pagenaud himself, it vaulted Team Penske back into the spotlight as they finished July with wins from the Frenchman and Josef Newgarden. So much for 2020 being a slow year for Penske.

But it wasn’t just the winners who gained valuable momentum. Alexander Rossi finally got back on the proverbial horse at Road America and finished the month with three straight top-10 finishes. Conor Daly claimed the first-ever NTT P1 Award for Carlin—which was also the first pole position in his career. And the Arrow McLaren SP team got their first pole and their first two podium results in July.

With the various cancellations and changes due to ongoing COVID-19 issues, the 2020 IndyCar season is already just under halfway over after only two months. Fans have seen the teams and drivers who have been able to adapt to the multitude of changes, or deal with adversity, rise to the top while those who haven’t been able to find consistency (or just got wrecked by someone else) have seen race wins and championship points slip through their fingers.

Along the way, the aeroscreen has silenced its critics by potentially saving the lives of multiple drivers at Iowa, and James Hinchcliffe proved himself to be the shining star of NBC Sports’ commentary roster when he made his booth debut. Many things that audiences wouldn’t have expected a year ago came to pass in July; some of them were great and some were terrifying.

And things will only get more unpredictable and challenging, because August has an equally demanding race schedule—perhaps even moreso since it also includes the 104th running of the Indy 500. We’ll end up looking back at July as the dry run for the mayhem that’s likely to happen in August.

The 2020 IndyCar season continues on Saturday, Aug. 8 with the 2020 Honda Indy 200 at Mid-Ohio Race 1 at Mid-Ohio Sports Car Course in Lexington, OH. TV information is TBA.