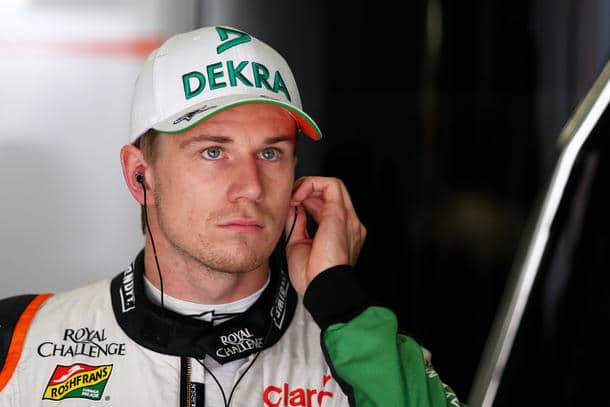 Nico Hulkenburg is returning to Formula 1.

It was a last-minute effort to get a replacement in the seat, as Perez’s July 30 announcement came just days before the next grand prix.

The 32-year-old German returns to F1 after last competing in 2019, but he is no stranger to the Racing Point organization. Hulkenberg was on its 2011 roster as a reserve driver and later competed full time for the team in 2012 before returning to the organization for a three-year span between 2014 and 2016.

“I was on my way to the Nurburgring for another racing project when the call came, “Hulkenberg said in a release. “That was less than 24 hours ago, so it feels a bit surreal for me right now. but I like a good challenge and this is certainly one. It’s obviously a difficult situation for Racing Point and Checo. He’s a buddy of mine, an old teammate, and I wish him a speedy recovery.”

In 177 F1 starts, Hulkenburg has scored one pole, two fastest laps and 511 career points on the circuit during his 10-year career as a driver. Despite his experience, there was a still a significant time crunch on the team’s end.

“There was a lot to do in a little bit of time,” team boss Otmar Szafnauer said. “We had the definitive result yesterday at 2:20 p.m. So from that point on we had to find Hulkenberg, and get him agree to do this, which wasn’t that difficult, I think he was keen.”

Hulkenberg has gotten off to a fast start, slotting ninth in the opening session of practice.