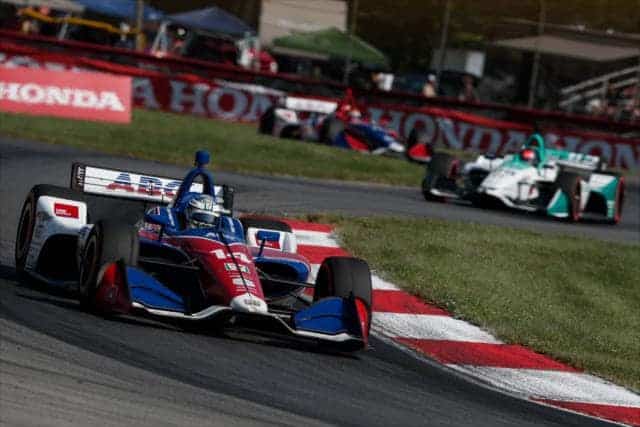 The Honda Indy 200, which was set to run next weekend (Aug. 7-9) at Mid-Ohio Sports Car Course, has been postponed to a future date yet to be determined, INDYCAR announced Saturday, Aug. 1.

The sanctioning body and Mid-Ohio chose to change the date after discussing with local health officials about the current COVID-19 conditions. Governor Mike DeWine has placed restrictions on large gatherings, which has likely resulted in this decision.

The track and INDYCAR looks to secure a date for September or October.

IndyCar scheduled a doubleheader at Mid-Ohio to make up for recently cancelled dates at Portland and Laguna Seca that left the entirety of September empty of races. The series will have to reschedule the Mid-Ohio dates – or find two more races elsewhere – in order to meet its intended goal of 14 races this season.

The next NTT IndyCar Series event on the docket is the Indianapolis 500 on Sunday, Aug. 23 at 1 p.m. ET and will air on NBC.