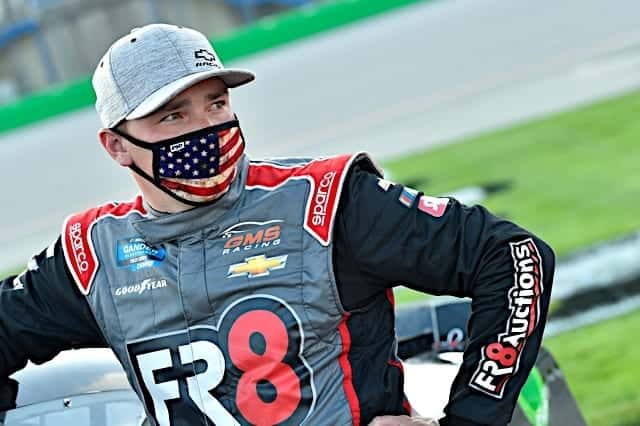 Brett Moffitt and GMS Racing will sport a familiar look at the season finale for the NASCAR Gander RV & Outdoors Series at Phoenix Raceway on Nov. 6.

Plan B Sales will be on board the No. 23 with the truck, which is designed like Jimmie Johnson‘s old No. 48 scheme in the NASCAR Cup Series.

The Johnson scheme ran first as a preview in the 2005 fall Charlotte Motor Speedway race. Johnson won that race at Charlotte and won his first three championships in that scheme from 2006 to 2008.

That weekend in Phoenix is expected to be Johnson’s final weekend in the sport as a full-time driver.

The Truck Series will be back in action after an off-week with a race at Michigan International Speedway on Aug. 7 at 6 p.m. ET on Fox Sports 1.