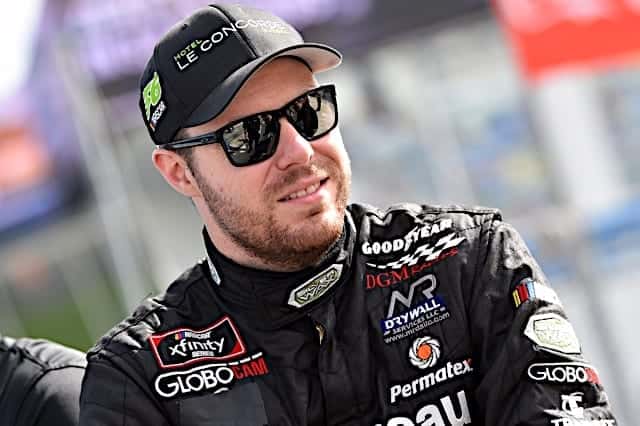 NASCAR dished out a number of penalties in the wake of a Cup Series-only weekend.

Six Cup teams were penalized after the Foxwoods Resorts 301 at New Hampshire Motor Speedway, while two additional punishments were given to participants of a test at Daytona International Speedway.

The six Cup teams hit with penalties included race winner Brad Keselowski‘s No. 2 stable, one of four post-race inspection infractions – all of them lug nut violations.

Keselowski’s crew chief Jeremy Bullins, along with three other crew chiefs – Randall Burnett (Tyler Reddick), James Small (Martin Truex Jr.) and Johnny Klausmeier (Clint Bowyer) – were all hit with fines. Bullins, Burnett and Small all received $10,000 fines, while Klausmeier’s wallet took a bigger hit with a $20,000 fine and a suspension from the next Cup race. Greg Zipadelli will fill in as crew chief for Bowyer on Saturday at Michigan.

Two pre-race penalties were also assessed. Corey LaJoie‘s No. 32 was hit with a weight penalty, after ballast was incorrectly mounted prior to the race. LaJoie and his team lost 10 driver points and 10 owner points, respectively. Bubba Wallace‘s No. 43 car suffered the same infraction and the same penalty.

A hearty penalty report from NASCAR today. As expected, several lug nut penalties (and 1 race suspension for Bowyer's crew chief), the previously announced penalties to Wallace and LaJoie, and a penalty for Alex Labbe and Mario Gosselin for the unapproved test. pic.twitter.com/1c5Ow6GqEq

Meanwhile, a Sports Club of America test of steel-bodied cars at Daytona International Speedway’s road course resulted in a pair of penalties, as well. Xfinity Series driver Alex Labbe was docked 75 championship points after participating in the test, failing to receive approval from NASCAR beforehand. Labbe was also asked to leave after running seven laps on the superspeedway’s road course, which the Xfinity Series will compete at this month.

Alex Labbe docked 75 points and DGM Racing owner Mario Gosselin fined $50,000 for violating testing policy (they ran some laps on the Daytona road course as part of an SCCA event with a car that NASCAR felt was an equivalent of an Xfinity car). Gosselin also docked 75 owner pts

DGM Racing owner Mario Gosselin, for whom Labbe drives, was also assessed a fine ($50,000), and 75 owner points were deducted from his season total. DGM Racing will appeal the penalty.

They better get the appeal or noone will race for Daytona! Mark my words!