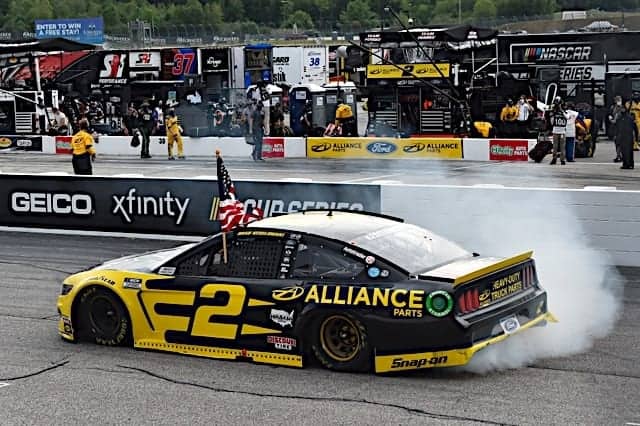 Despite a ho-hum finish, NASCAR’s Cup division put on a great race at the Magic Mile to properly honor the late great Bob Bahre. The selective painting of the traction compound seemed to do the job, allowing drivers to run all over the racetrack. Let’s take a look at the Power Rankings after the 301-lap event at New Hampshire Motor Speedway.

Dennis a.k.a. DMIC has been covering NASCAR racing since 1998. After spending 23 years as a professional weather forecaster, Dennis still didn't know what he wanted to be when he grew up, so he started covering auto racing full time. He is the moderator of the Race Track Business Conference - an all-day educational seminar covering the business of speed - and is the owner of DMIC Media & Marketing where he spends his time mouthing off about all kinds of sports. He is also the play-by-play voice for the professional Ultimate Disc team the Chicago Wildfire of the American Ultimate Disc League. Dennis can be heard every Saturday on The Final Inspection on 105.7FM The Fan in Milwaukee, Wis. talking NASCAR, and you can listen on the Radio.com app.
Previous ARCA Showdown Rundown: Where We Stand After the Toledo Doubleheaders
Next Can Stewart Friesen Turn Things Around for Postseason Push?