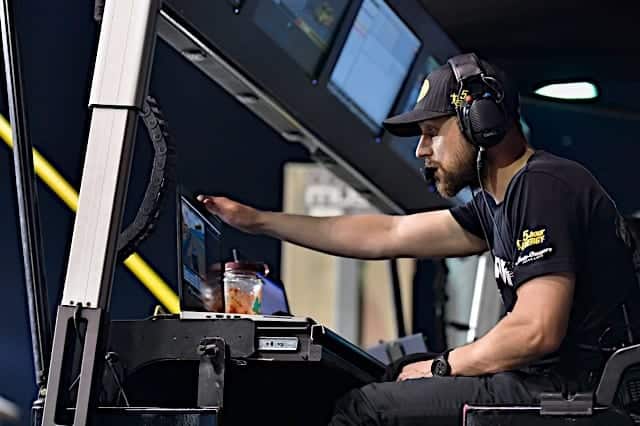 Conor Daly has contested the NTT IndyCar Series’s Indianapolis 500 seven times with as many teams in as many years by the end of this season, but 2020 might just be Daly’s best shot. Not only has his Ed Carpenter Racing team been historically quick at the circuit, but he’ll have Cole Pearn calling his shots in the No. 47 machine.

Pearn himself is a former Canadian stock car driver, debuting in CASCAR—what’s currently known as the NASCAR Pinty’s Series—back in 2000. After deciding that the whole competing thing wasn’t for him, Pearn went back to college and then signed on with Richard Childress Racing as an engineer. Before long, he had moved to Furniture Row Racing and was promoted to crew chief by the start of the 2015 season.

He called the strategy for Martin Truex Jr.’s No. 78, and the duo quickly proved to be a formidable match. At FRR, the two won 17 races and a series championship. They moved as a package deal to Joe Gibbs Racing after FRR shut down ahead of the 2019 season, with Pearn opting against staying on at the end of the season. During his tenure in NASCAR, he was considered one of the sport’s top crew chiefs, and fans were sad to see him leave to spend more time with his family.

Really pumped to get to work with @colepearn at the #Indy500 this year. Will be cool to see what his level of experience and success can bring to the team. @USAFRecruiting @ECRIndy https://t.co/41vhid2YT4

The Indy 500 will be his first race back as a crew chief since then, and it’ll also be his first time calling an IndyCar event. Pearn has acknowledged that it will be a “steep learning curve,” but the No. 20 engineer Peter Craik had worked with Pearn during FRR’s 2017 championship. Familiar faces will, at least, provide an opportunity for rapid growth.

On the driver side of things, Conor Daly has definitely had a rough go in IndyCar over the past few years—especially at the Indy 500, where bad luck often seems to nip his chances in the bud. He has crashed out of the race twice and, on one memorable occasion, didn’t even start due to an exhaust problem. 2019 brought a best-ever finish of 10th in a spare Andretti Autosport car, but that isn’t enough to sate any driver. Not when a win means your name will be etched into the history books.

Daly has shown that he’s in top form this year, able to transform any car and any qualifying position into a promising finish—when he hasn’t been caught up in accidents, that is. His current standing at 14th in points ignores his speed and the promise that he’s shown, especially on ovals.

Well that was quite a weekend! Came away with our 1st @indycar pole, started in the top 3 both nights, led some laps and @ConorDaly22 drove the wheels off the @GallagherGlobal @TeamChevy. If not for bad luck and a gamble on strategy, no doubt a podium was in our sights. pic.twitter.com/Oi7gAjVIqx

That said, the 500 will be a learning curve for Conor Daly because it’s the only oval he’s contesting for the Ed Carpenter Racing crew as opposed to Carlin. He too will have an uphill battle when it comes to uncovering speed and getting used to the equipment. But, as we noted in Daly’s season preview, the Indiana native has made a career out of driving anything and everything thrown his way—enough so to warrant a fanmade “spotter’s guide” to help you remember all the cars in which Daly has competed.

Pearn has proved that he can make competent calls under pressure, calling Truex to wins at the Southern 500 and the Coca-Cola 600, some of NASCAR’s crown jewel races. Pearn called the races that ultimately lead to Truex Jr.’s championship—including eight race wins in a single season alone. He’s also called races at the Indianapolis Motor Speedway. He may be taking the helm at a new series, but Pearn is the best ‘new’ hire you could make.

Cole Pearn’s strategy paired with Conor Daly’s hard-charging racecraft is a promising duo, and it could easily make 2020 Daly’s best 500 yet. And while the 500 is one of those races that anyone could win, it might just pay off to keep an eye close on the No. 47—it’s shaping up to be one of the strongest crews on the grid.