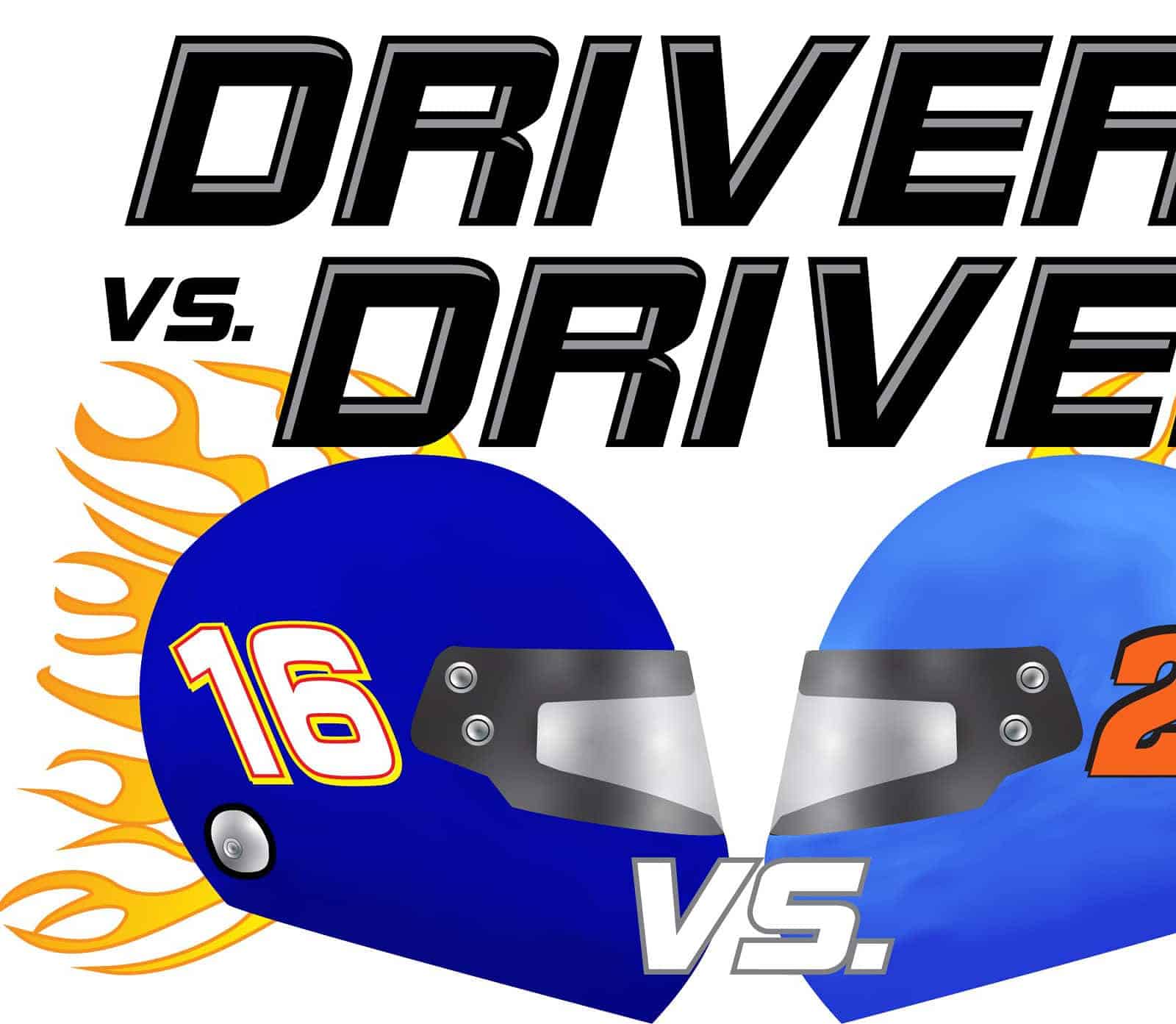 While the NASCAR Cup Series might be NASCAR’s most glamorous, it’s not the only game in town. And while many drivers pass through other series looking for fame and fortune, some find their mojo outside the Cup spotlight.

This month, we focus on the Gander RV & Outdoors Truck Series and drivers who have found their best success wheeling the pickups. The rules are simple: drivers must have competed against each other over time, and they must have something in common. Here, there really are no winners; that’s up to the ages to decide. But there sure are some great conversations about the best of the best.

Four drivers have multiple titles in the Truck Series. This week we take a look at the first pair to win not just two, but three titles apiece. In one stretch of four years, nobody not named Ron Hornaday Jr. or Jack Sprague won the series championship, and it’s no surprise that this pair is atop the all-time wins list among series regulars as well.

But who was really the top trucker?

Welcome to the 1995 NASCAR SuperTruck Series.

A brand-new racing circuit with full-bodied pickup trucks on some of America’s premier racing venues drew in enormous interest and quite the crowd. Everyone from sports car aces and NASCAR Cup Series stars to off-road champions and even a professional football coach jumped at the opportunity to make their mark racing tailgaters.

Among them were a couple of little-known short trackers: Ron Hornaday Jr. and Jack Sprague.

These two unassuming drivers went on to become the undeniable faces of a legendary racing series, but only one would gain near immortal status.

It took Sprague took a while to get up to speed, but Hornaday and fellow Californian Mike Skinner became storylines immediately. Incredibly, during the inaugural season of the Truck Series, Skinner and Hornaday won a combined 16 of the 20 events contested, and when the former quickly jumped ship to the Cup Series at the end of the 1996 season, it was Sprague who easily filled the void for the next four years.

From 1996 to 1999, Sprague and Hornaday went mano a mano nearly every week. Two Goliaths, they were: Hornaday’s deep-blue, Dale Earnhardt-fielded, No. 16 Napa Auto Parts-sponsored truck vs. Sprague’s No. 24 Quaker State- and later GMAC-sponsored entry fielded by Rick Hendrick. The matchup was legendary, a PR dream. TV viewers were tuning in just to see who would beat the other.

When Hornaday won the championship in 1996 and 1998, Sprague emphatically answered the bell with rings of his own in 1997 and 1999. But it was Hornaday who got the nod over Sprague during this span. While Sprague collected 16 wins, Hornaday got the edge with 19. Hornaday led nearly 600 more laps than Sprague and even scored more top fives and top 10s during the four years. Greg Biffle was also cruising away to the 1999 title before a huge penalty was thrown his way late in the season, gifting a lucky Sprague the championship.

Yet after each made ill-fated trips up the NASCAR ladder in the early 2000s, it was Hornaday who firmly took control of the debate when they returned. While Sprague collected another championship in 2001 after his longtime foe departed, Hornaday scooped up another one in 2007 before breaking the tie as the driver with the most championships by winning his fourth in 2009.

This record still stands today, but his dominance over Sprague does not stop there. Sprague’s career win total of 28 is dwarfed by Hornaday’s 51, which sits second all-time. Hornaday is the only driver in the series to have ever won five consecutive races, doing so in 2009. He even pioneered the modern burnout. Who can argue with that?

What puts Hornaday over the top is his 2018 NASCAR Hall of Fame induction, becoming the lone truck lifer to have earned the mark. It is this legacy that makes him immortal — above Sprague, above Skinner, above the competition.

While some scoffed at this honor due to his failed attempts up the ladder, Hornaday has transcended the series unlike any other competitor. After competing all the way up to 2014, the gritty competitive edge was the same six years ago as it was his first time out in 1995. His contributions to the sport also exceeded way beyond his beloved pickups, having been a valuable help to the early careers of future NASCAR greats Kevin Harvick and Jimmie Johnson.

Although the great early-series scraps with Sprague put not only Hornaday but also the entire series on the map, it was his unwavering longevity and spirit of competition that keeps his legacy of greatness alive. ~Zach Gillispie

Jack Sprague’s career certainly ranks as one of the most underrated in Truck Series history. When the tertiary division of NASCAR comes to mind, one usually thinks of the huge names: Hornaday. Todd Bodine. Matt Crafton. Skinner.

Sprague tends to fly under the radar a little bit, but his 14 years, nearly 300 starts and nearly 50,000 laps in the Truck Series stack up against the best that the series has to offer. Three championships place Big Track Jack second on the all-time series list,

In his first seven years as a NAStrucker, the Michigan native never finished outside the top five in points, winning the title three times, with two points finishes each of second and fifth as well. He won the championship in 1997, 1999 and 2001, the first two coming in a four-year stretch during which he never finished a season outside the top two in points. Both of those titles were lost to Hornaday, but the first was only by a margin of 53 points, and the second a razor-thin three-point deficit.

The first two championship years for Sprague, Hornaday – who alternated with Sprague with winning titles over four years – never even got close, finishing 395 points back in 1995 (in fifth) and 259 points out in 1997 (in seventh).

While Hornaday bested Sprague in 1996 and 1998, it was by relatively thin margins, while Sprague blew Hornaday (and nearly the entire field) out of the water in all three of his championship campaigns. Biffle (1999) and Ted Musgrave (2001) were the only two drivers to finish within less than 100 points of Sprague in any of his championship seasons.

Sprague collected 28 wins over the course of his career in the series, with two seasons of five victories and completing only two full-time schedules without visiting victory lane. He finished in the top 10 in 192 of his 297 races, 136 of those inside the top five. He also racked up 32 poles, including seven in 2001 – nearly a third of the races. He led almost 13% of all the laps he ran in Trucks, leading more than 1,000 in his first and last championship years.

Sprague’s rookie season ended with a fifth-place points finish, and that was without a win – he finished in the top 10 in 15 of the 20 races, never having fewer than 15 in a full-time effort until 2004. His 2002 and 2003 campaigns were in the Xfinity Series and Cup, respectively – he recorded top-10 finishes in 15 of the 34 events in 2002 and ran a part-time, mostly unsuccessful Cup schedule in 2003, and neither effort proved anywhere near as prominent as his Truck career.

Returning to the Truck division in 2004 and running full time there through 2008, Sprague never really reached the level he was at before.

It’s also got to count for something that Sprague performed the truest-to-the-name (and arguably best-ever) burnout after winning at Richmond Raceway in 2001. The track surface and spinning tires reacted with one another, igniting a fire at the rear of his truck, and Sprague ended up trundling his blazing truck through the infield to victory lane.

However, if he hadn’t made the jump to the Xfinity Series, who knows how many championships he could’ve won? Sprague might be tied with Hornaday or lead the series in titles, but he made his mark during his time in the series and ranks as one of the best, if most underrated, to ever excel in NASCAR truck competition. ~Adam Cheek

those were the days. throw skinner into the mix awesome racing!