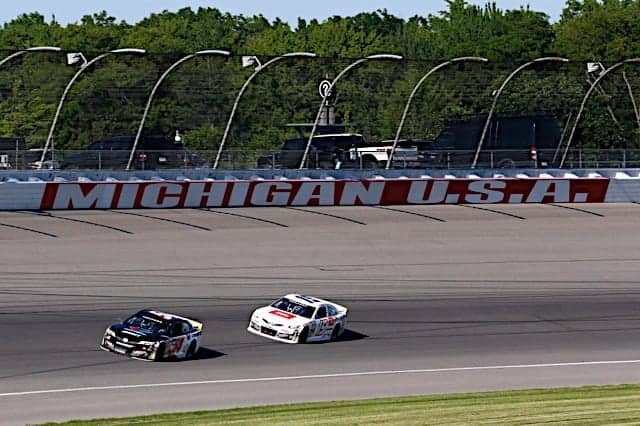 The ARCA Menards Series’ VizCom 200 at Michigan International Speedway on Sunday, Aug. 9, will have 18 cars hitting the track, barring any entry list changes.

After finishing 15th at Kansas Speedway, Con Nicolopoulos will run the No. 0 entry for Wayne Peterson Motorsports.

Tim Richmond had a career day last weekend at Toledo Speedway, finishing ninth in the first of two races that weekend. He’ll look to follow that up Sunday driving the No. 06 for WPM.

Anthony Alfredo makes his return to the No. 17 in place of the Gray brothers. This will be his homecoming to DGR-Crosley after running a part-time schedule with the organization in the NASCAR Gander RV & Outdoors Truck Series last season.

Riley Herbst returns to the No. 18, taking the place of Ty Gibbs, who is not eligible to race this weekend as he’s under 18. Sam Mayer also falls under this category, with Kris Wright running the No. 21 entry this weekend.

Ryan Repko returns to Venturini Motorsports for what is his final planned start in ARCA this season. He’ll pilot the No. 20 entry.

CR7 Motorsports’ No. 97 returns this weekend with Jason Kitzmiller behind the wheel.

The No. 22 for Chad Bryant Racing is currently listed as TBA.

The VizCom 200 at Michigan will go live on MAVTV starting at 1 p.m. ET, and it’ll also be available via streaming on NBC Sports Gold: Track Pass.

Christian Koelle returns to Frontstretch in 2020 as the photo editor at Frontstretch. He will continue to contribute content in the ARCA Menards Series, Sioux Chief Challenge, and ARCA East & West Series. He is also engaged and will be getting married during the 2020 NASCAR off-season. His favorite tracks on the circuit include Barber Motorsports Park, Iowa Speedway, Martinsville Speedway, Talladega Superspeedway, Fairgrounds Speedway Nashville, and Bristol Motor Speedway. During the season, Christian also spends time as a photographer with multiple other outlets shooting Monster Energy AMA Supercross, Minor League & Major League Baseball, and NCAA Football.
@KoelleChristian
Previous 2-Headed Monster: Should Bubba Wallace Go to Ganassi or Become an Owner at RPM?
Next James Davison to Compete in Indy 500

For the first time since 2001, the ARCA Menards Series heads to Memphis, Tennessee for … 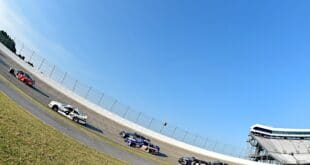