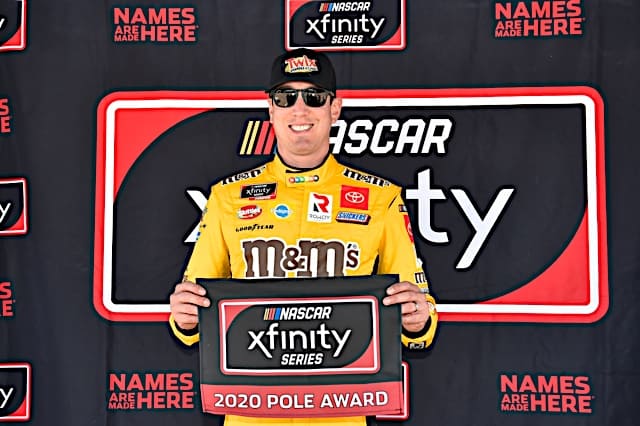 NASCAR starting lineup and pit stall procedures have been adjusted, beginning with the events at the Daytona International Speedway road course through the end of the season, NASCAR announced Aug. 6.

“We kind of consulted the playoff teams and then a few other ones as to what would be the best way to go,” Scott Miller, NASCAR svp of competition, said in a release. “We beat up several different things and feel really good where we landed. We feel like where we landed kind of serves both ends of the field — the perennial front-runners and then the rest of the cars still will have an opportunity to improve their starting spot. We feel like these metrics actually serve the field pretty well.”

Previously, the lineup was set via random draw in groups based on owner points, except for the Coca-Cola 600, for which qualifying was held.

“It’s been a heck of an industry-wide cooperative effort to be able to get us here,” Miller said. “These changes, especially the lineup one, when we did the random draw thing in the beginning, we looked at that as temporary. I think we all looked at and hoped — had our fingers crossed — that COVID was going to be a short-term thing. Well, it’s turned out to be obviously quite the opposite of that. So leading into the playoffs, it was just apparent to us that the random draw thing had served us well, but the playoffs needed something different, for sure.”

Why doesn’t NASCAR just set the field the way they want it?

Matt
Reply to  Bill B

Because in their infinite benevolence they set it the way that the team owners with cars in the Chase wanted it. The rich get richer…..

LOL,,, It was sarcasm Matt. My point was they might as well get rid of all the pretense and formality of making up rules at all and just go ahead and line them up the way they (or the owners or TV or whoever bids the most) wants.

So the highest finishing positions, which results in more owner points, who have the fastest cars result in better starting positions. It’s not rocket science.

What is the danger of qualifying?

Bill B
Reply to  TimInPayson

The danger is that someone not in the playoffs could end up with a good starting position. We can’t have that anymore.

This further lessens anyone not in the chase getting coverage during the playoffs. Non-contenders have always felt that they become invisible during the chase. Qualifying was one of the few ways those teams could get any coverage for their sponsors. Now they will truly be invisible. Unless…. they wreck a chase guy. Now there’s an incentive.