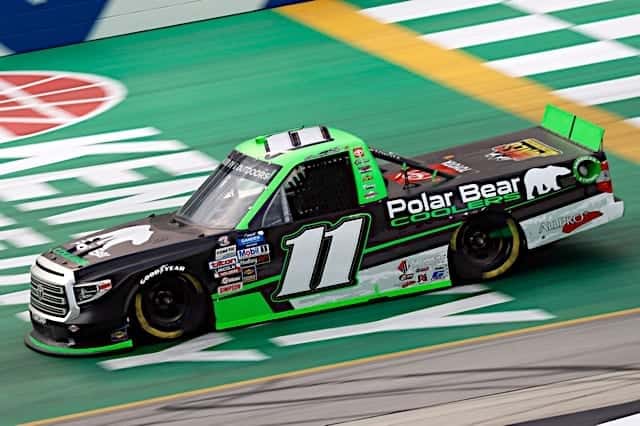 Davis and his Spencer Davis Motorsports team, the No. 11, have withdrawn from tomorrow’s Truck Series race at Michigan International Speedway.

SDM is following protocol with NASCAR and will return to competition once Davis is medically cleared to compete.

Unfortunately i will be missing @MISpeedway, but looking forward to getting over this and back on track. Thanks to everyone who has reached out. pic.twitter.com/cSUeIgWmQT

The 21-year-old Davis has competed in nine of the 10 races thus far this season, only not attempting the season opener at Daytona International Speedway. He is currently 18th in the championship standings.

Overall, Davis has 38 starts in the Truck Series. He has three top 10 finishes with a career-best seventh in the 2017 season opener at Daytona.

Forty-one drivers were listed on the entry list for Michigan, one more than the maximum allowed for a race. David Ragan was the lone driver to be excluded due to his team’s owners’ points and the number of drivers competing. Despite Davis’ withdrawal, Ragan will not compete in the race.

Spoke with a rep. from @DGR_Crosley, who said @DavidRagan and the No. 17 will NOT be racing this weekend at @MISpeedway, despite the No. 11 from Spencer Davis Motorsports withdrawing from the event, due to Davis’ positive COVID test.#NASCAR | @NASCAR_Trucks