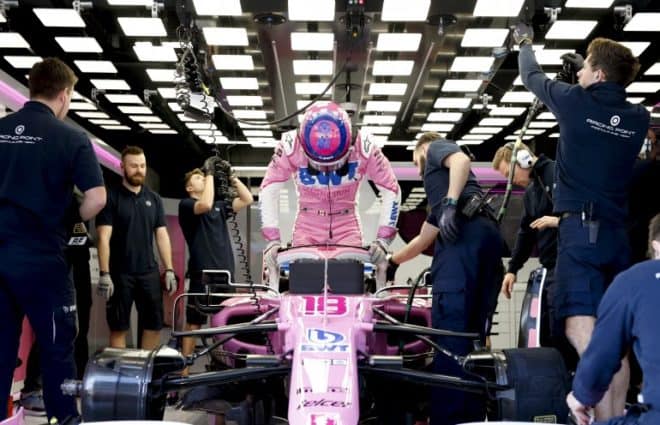 Following an investigation, F1 has determined the team has been using an illegal braking assembly. According to F1 protocol, teams must use either original or evolved parts. Stewards found that Racing Point was using a direct copy of Mercedes’ 2020 rear brake ducts.

Racing Point, which does legally receive some engine and suspension parts from Mercedes, had previously stated that its braking assemblies were original to them.

“I can tell you absolutely, categorically all those designs are Racing Point from absolute scratch,” Racing Point Technical Director Andrew Green said on July 14. “There has been no transfer of information on listed parts from Mercedes. They have never contemplated it, we have never asked for it.

The announcement comes after seismic protests issued by fellow competitor Renault following the Syrian, Hungarian and British Grand Prix, insisting that the brake ducts in question were indeed a Mercedes copy. While F1 determined that the front brake ducts were original to Racing Point’s design, the ones in the rear were directly from Mercedes.

While the protests from the British and Hungarian Grand Prix were upheld, the one from Syria was not. Due to the infraction, F1 has penalized the team 15 world championship points, spitting the difference between Racing Point’s drivers Sergio Perez and Lance Stroll. The team will also be fined €200,000 per car.

Since F1 does not expect a team to completely redesign crucial parts in a short time span, Racing Point has been allowed to use the ducts going forward, additionally citing that it would be impossible for the team to un-learn what it had already discovered by using the illegal parts.

So far this season, the team has scored championship points in every event except for Stroll’s retirement in the Austrian Grand Prix and a withdrawal in the British Grand Prix by substitute driver Nico Hulkenberg, who was filling in after Perez tested positive for COVID-19. Stroll’s fourth-place finish in Hungary has been the team’s best so far in 2020.

It is safe to say that Zach Gillispie has been obsessed with race cars for nearly his entire life. After all, his childhood home was just a stone's throw away from Charlotte Motor Speedway. Since joining Fronstretch in 2018, Zach shares his passion for motorsports with the racing faithful around the country through his unique journalistic voice as one of the site's News Writers. He somehow does it all while juggling duties as a full-time college student, an entrepreneurial businessman and the News Director of a small market radio station.
Previous Driver Vs. Driver: Truckin’ — Ron Hornaday Jr. Vs. Jack Sprague
Next Zane Smith Nabs First Career Truck Win In Michigan Thriller 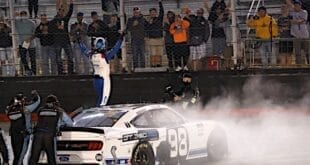 Chase Briscoe is back to his winning ways. He may not have had the fastest … 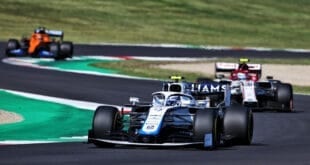 The Steady Rise of Williams Racing