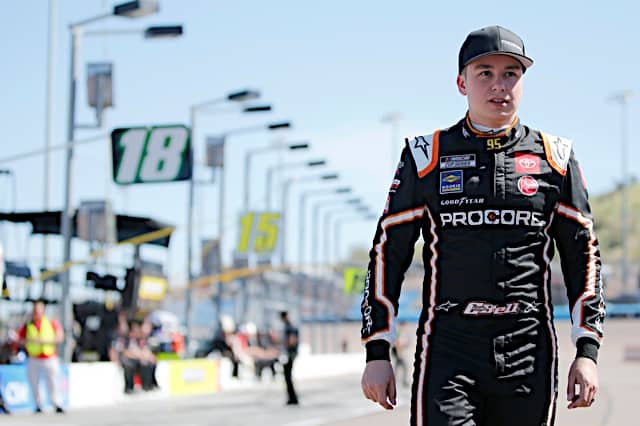 Days after Joe Gibbs Racing announced that it is parting ways with NASCAR Cup Series driver Erik Jones after the 2020 season, the organization revealed the new driver.

Christopher Bell will return to JGR in the No. 20 Toyota starting next year.

Bell earned 16 total victories with JGR in the Xfinity Series and added on 41 top fives and 46 top 10s.

Bell transfers from Leavine Family Racing, which recently announced it would be selling its team at the end of the season.

“I’m so appreciative of the opportunity I have this year with LFR and I want to finish this season strong for Bob [Leavine] and everyone there,“ Bell said in a release. “At the same time, I’m extremely excited to return to Joe Gibbs Racing starting in 2021. It’s an organization I’m very comfortable with and have had a lot of success with.”

It is not yet known where Jones will sign.

He will be a star in a couple years. As jgr gets a true champ. I also believe that Jones has talent maybe this will be the eye opener he needs to take his on again off again talent so far in cup to the next level. Now what is the landing spot for Mr Jones? He would fit best at chip gas racing. If old crusty Kurt would take him under his wing it could go back to the batman and Robin it had before the Kyle online fiasco!!! I would rate it this way:
#1) CGR
#2) HENDRICK
#3) PETTY if bubba ends up at Hendrick or CGR – well honestly a lot of spots will be waiting on bubba to pick first.
#4) might see him in the new SPIRE MOTORSPORTS RIDE
.TIME WILL TELL