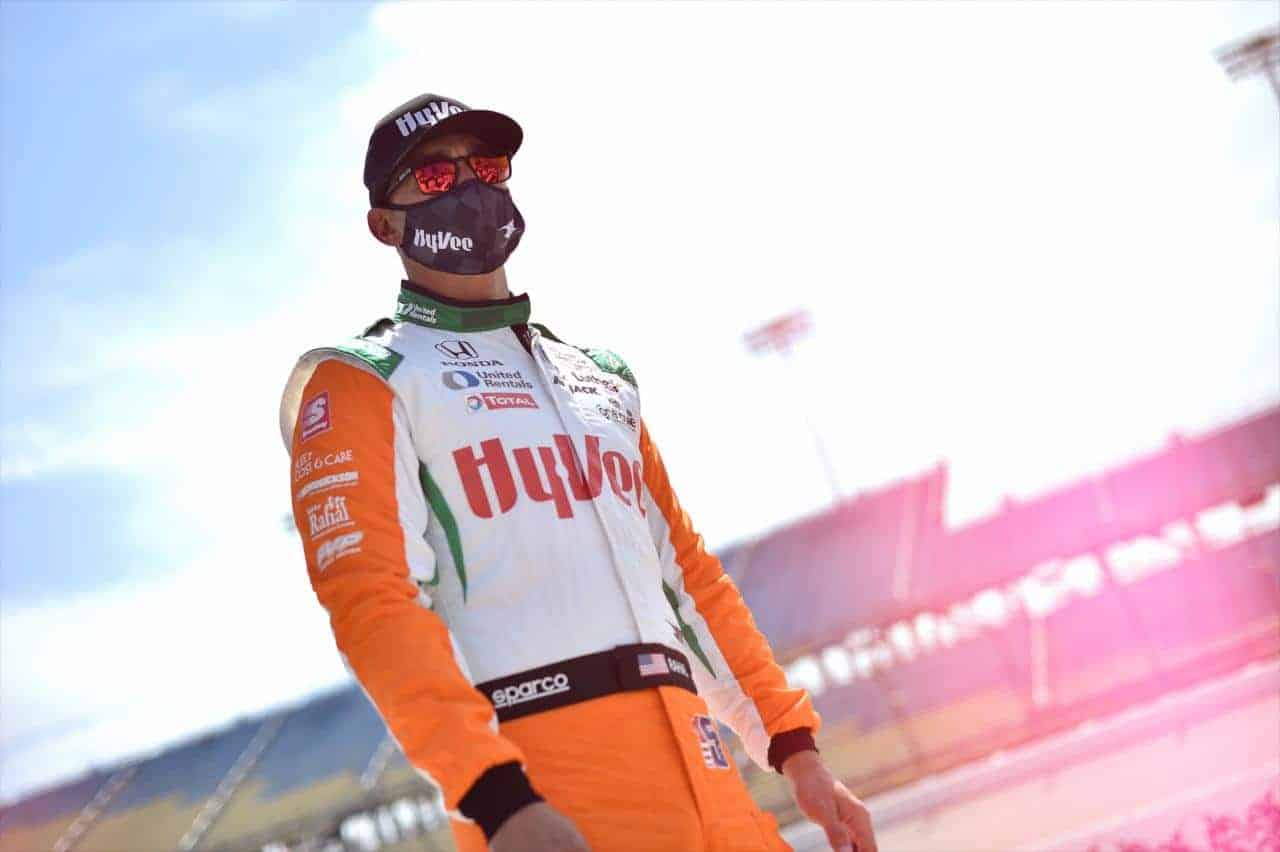 The 2020 NTT IndyCar Series schedule has been in constant flux since the start of the COVID-19 pandemic, and drastic midseason changes have started to take their toll on the drivers.

In a series of recent Zoom press conferences, several drivers have opened up about the realities of the ever-changing situation and how it’s impacted the sport.

After the whole season was postponed until June, several recent changes have made IndyCar racing an unpredictable event. First, all of the rescheduled west coast events—Portland and the doubleheader at Laguna Seca—were cancelled, leaving the month of September entirely devoid of races.

Mid-Ohio, which had been scheduled for this past weekend (Aug. 8), was changed to a doubleheader to make up for the lack of West Coast races. Then both of those races were indefinitely postponed just one week before the event due to spikes in coronavirus cases.

“The hardest part is always just the question marks of what’s going to happen. I didn’t see any chance this thing was going to be derailed this late,” Rahal Letterman Lanigan Racing driver Graham Rahal said after the postponement. An Ohio native himself, he was looking forward to racing at his home track.

He noted that it’s been difficult staying physically prepared: “I felt really good at all the races we competed in. At the same time I’m not the guy that wants to sit in the gym each and every single day. It’s not just my makeup. That’s been hard  -to stay really committed through this process, not knowing what may come.”

Teammate Spencer Pigot was scheduled to contest both the Indy Grand Prix and the Indy 500 during the Month of May. Instead, he ran the GMR Grand Prix in July and will take part in the 500 over one month later.

“It’s been a lot of waiting… It’s been a little strange being kind of in the car then out of the car, in the car again, with such big gaps in between,” Pigot said.

But he did say that there was a positive: “It’s given me more time to prepare physically for the conditions that we might face in a few weeks with the heat and also to get to know the team better. I’ve been able to spend a lot of time in the shop, I’ve been to some of the races as well to get to know everyone better.”

It's going to look and feel a lot different this year but it's still the Indy 500 and we will be giving it our all to entertain the fans watching from home! Looking forward to seeing you all back at the track next year. #Indy500 https://t.co/MPy4X1RsSK

Though the schedule has been trying, Rahal is proud of the way his team has handled the situation.

“Mid-Ohio got delayed, right? I called the engineers, chief mechanic. The response was, Hey, that’s great. Now we can spend a little extra time massaging on the suspension, now we can spend extra time doing this or that for Indy,” he said. “I’m proud of that mentality. They’ve kind of taken it in stride. We move on to the next battle.”

In a later press conference regarding his Indy 500 livery reveal, Ed Carpenter spoke to the economic realities of owning an IndyCar team in the midst of a chaotic year.

“All of it is out of our control, out of the series’ control, the promoters’ control,” Carpenter said about coronavirus’s impact on the race schedule. “But definitely every [race] that we lose, it does make it harder to continue having those conversations [with sponsors].

“I think everyone’s as confident as you can be right now with what we have in front of us with what’s remaining on the schedule. Things are so fluid, it changes day to day, let alone week to week. We just have to take it as it comes.”

Then on Friday (Aug. 7) came another economic hurdle. With the Indy 500 purse being halved, teams have an extra incentive to place well at the iconic event on Aug. 23, while knowing that their chances of scoring solid funding for the 2021 season are consistently growing slimmer.

“We could be in a much worse situation than we are and instead of b-tching about the prize money, I think we’re thankful to have the opportunity to compete,” Carpenter told Racer. “It’s still pretty damn big money, but if the only way to win was not make a penny I’d do that every day of the week.

“The Indy money is great but that’s not what I race there for, and nobody becomes a team owner to become a billionaire.”

With the pandemic still holding fast in the United States, it’s very likely that we will see more schedule changes and economic issues before the end of the 2020 IndyCar season. Mid-Ohio needs to be rescheduled, after all, and there’s always a possibility that the areas surrounding other races may endure a race-cancelling COVID-19 spike.

Fans, like the IndyCar drivers and teams, will just have to hold out and hope for the best.