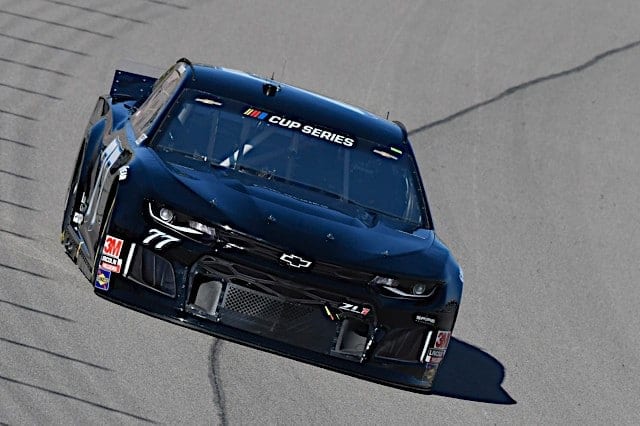 One of the newest teams in the NASCAR Cup Series is expanding.

Spire Motorsports, who currently fields the single-entry No. 77 Chevrolet, announced on Aug. 11 it has purchased a second charter, which will allow the organization to operate a second full-time entry in 2021.

Spire purchased the charter from Leavine Family Racing, which recently announced it would be closing at the end of the current season.

“This is an exciting moment for Spire as we take the next natural step in our long term plan to build our race team and prepare for the Next-Gen car in 2022,” team owners TJ Puchyr and Jeff Dickerson said in a team release posted to Twitter.

As part of the sale, Spire will move into the vacated Leavine shop. While no racecars changed hands during the acquisition, Spire also receives Leavine’s equipment.

So far this season, seven drivers have driven Spire’s entry in a points race this season, including Reed Sorenson, who most recently competed this past weekend at Michigan International Raceway driving a one-off No. 74 to fit a sponsor’s wishes.

In the team’s two-year existence, Justin Haley scored its lone win at Daytona International Speedway in July 2019. Haley also gave the team its first appearance in the NASCAR All-Star Race earlier this season. He finished 14th.

Crew information and a car number were not indicated in the announcement.

Any chance this means Spire will use its sports management expertise to get a real sponsorship and field a team that competes or should we just expect Rick Ware to be preparing the new Spire car as a filed-filler along with the old one, his four cars, and the cars of BJ Mcleod, Tommy Baldwin, and sometimes Carl Long as they use a business model of running low-budget noncompetitive cars at the back to make money. This reflects very poorly on NASCAR.

Great another moving chicane in the field