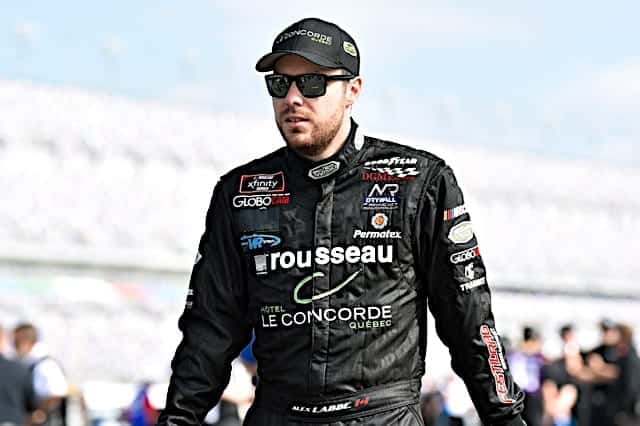 DGM Racing and Alex Labbe have won their appeal after they were penalized for what NASCAR deemed as an unauthorized test at Daytona International Speedway’s road course, the National Motorsports Appeals Panel announced Aug. 12.

After the testimony and review, the panel found that there were no rule violations and rescinded the penalty.

Labbe ran in a practice session on Aug. 1 for a Sports Club of America race to be held later that evening, but NASCAR pulled him off the track after seven laps, ending his day.

Labbe has three top 10s so far in the 2020 Xfinity Series season.