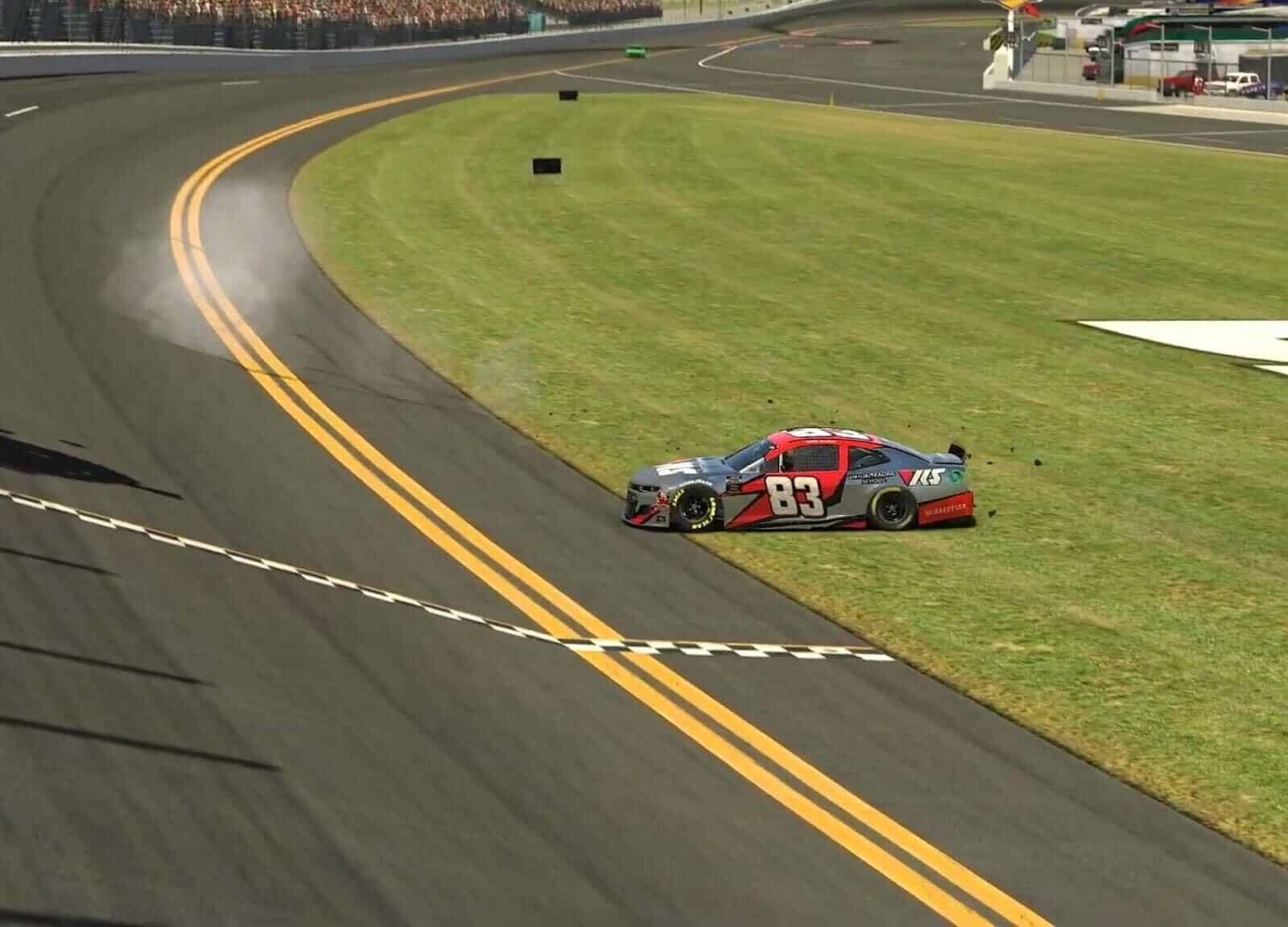 Bobby Zalenski did what he does best — dominate at a road course. The polesitter led from the start and ended the race over 18 seconds ahead of second place at the virtual Daytona International Speedway’s road course Tuesday night (Aug. 11).

Even though it was a new course for the series, Zalenski made it look easy in his fifth straight road course win in the eNASCAR Coca-Cola iRacing Series.

“I took the chicane, the final chicane, a lot different that most people, but it was pretty dangerous because you can easily damage your car, so I didn’t do it a whole lot,” Zalenski said after the race. “Just stuff like that, you’re able to learn before the rest of the field. It’s a definite advantage. I’m happy we went here instead of Watkins Glen [International], just because it was a new track that we all had to go to and I know guys like [Michael] Conti, [Nick] Ottinger are killers at the Glen, and I would almost have to be playing catch-up there. Not saying that I don’t want to go to the Glen, but those are kind of my reasons for that.”

Jimmy Mullis, who had a steering wheel issue after his first pit stop, was runner-up behind Zalenski. William Byron eSports driver Ottinger was third, and last lap battlers Christian Challiner and Logan Clampitt rounded out the top five.

The race began with tight three- and four-wide battles going into the first turns, but eventually the field settled down into a mostly single-file line. However, it didn’t go completely incident free, as Novak and Vincent ended up spinning in turn 3, known as the International Horseshoe. They continued on though and earned good finishes in the end.

Later, Ray Alfalla went on the grass through the bus stop and collided with Jarl Teien, sending him off track. Teien ended in next-to-last place after that incident.

The bus stop isn't as easy as it looks. ?

The 4x Champ collides with Jarl on the backstretch.

Other drivers who went off course included Bob Bryant, who finished 16th, and Eric Smith (33rd).

Drivers also had to carefully navigate around the curbs, as they could wind up like Chris Overland (below).

Gotta watch out for those turtles, @ChrisOverland47

Though those competitors had trouble, others had pretty good days on the new course. John Gorlinsky gained 17 positions to end in 20th, while Ryan Luza earned 13th, his career-best road course finish.

Still, it was Zalenski who had control from start to finish at the Daytona Road Course.

The eNASCAR Coca-Cola iRacing drivers will again compete at Daytona in two weeks, only this time it will be on the oval. The race will get underway on Tuesday, Aug. 25, at 9 p.m. ET on eNASCAR.com/live, YouTube.com/NASCAR and Twitch.tv/iRacing.