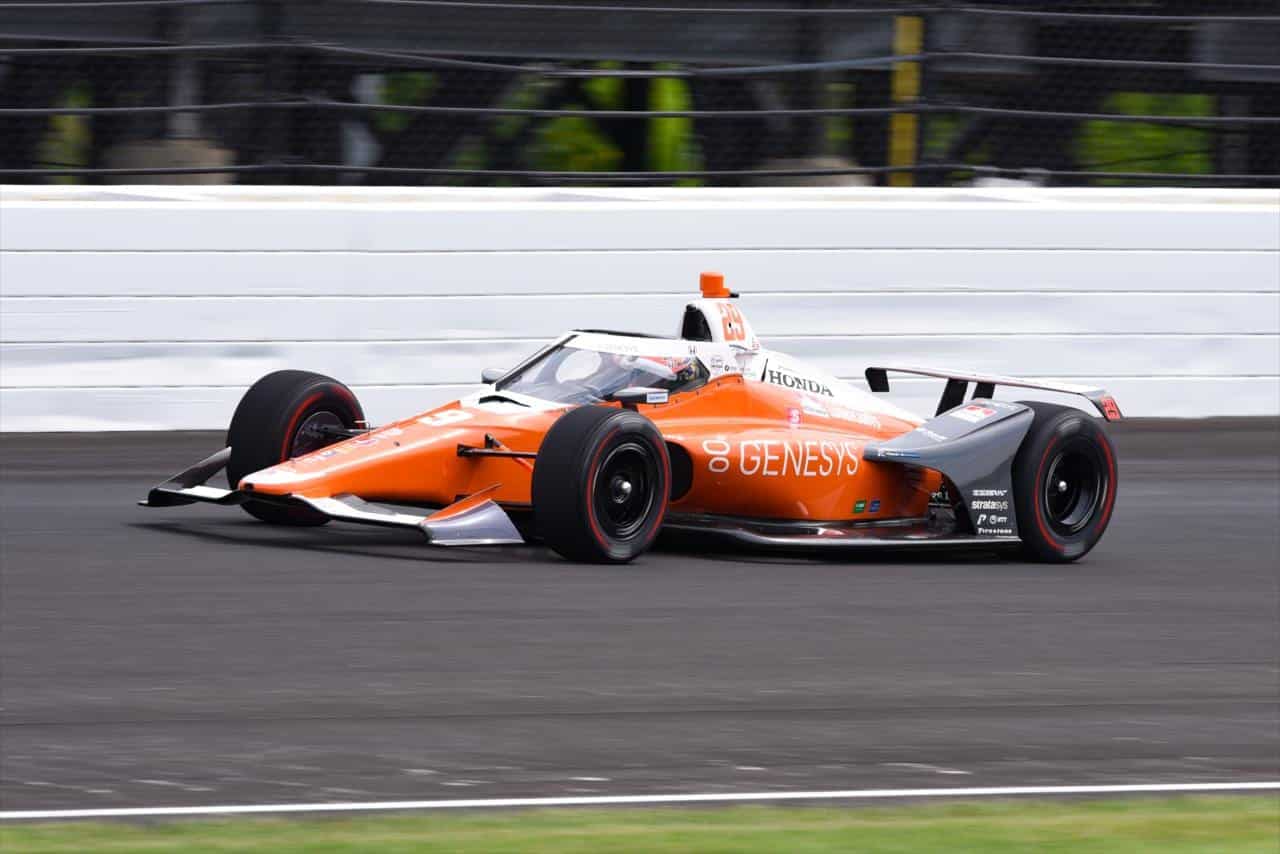 James Hinchcliffe led the way in the cumulative first practice sessions on Aug. 12 for the NTT IndyCar Series’ Indianapolis 500 at Indianapolis Motor Speedway.

The day kicked off after Parnelli Jones, the oldest-living Indy 500 winner, waved the green flag from his residence. It was quite the birthday present for Jones, who turned 87 Wednesday.

Shortly after, the oval veterans took to the track and Chip Ganassi Racing’s Dixon had the fastest lap, going 224.047 mph. Josef Newgarden was second fastest in the period with a 223.188 mph lap,  while Hinchcliffe also went above 223 mph. Tony Kanaan and Hunter-Reay rounded out the top five of the 21 drivers that posted a lap.

Then the rookies and refreshers held their orientation session, and Ed Carpenter Racing’s Rinus VeeKay came out on top. His fastest lap speed was 221.318 mph, over 1 mph faster than Alex Palou’s lap. Helio Castroneves was third, Alonso fourth and Sage Karam rounded out the top five. Ben Hanley didn’t compete in this session, but IndyCar allowed him to attempt to complete the orientation after the final practice period.

There were no accidents during the entire six-hour session.