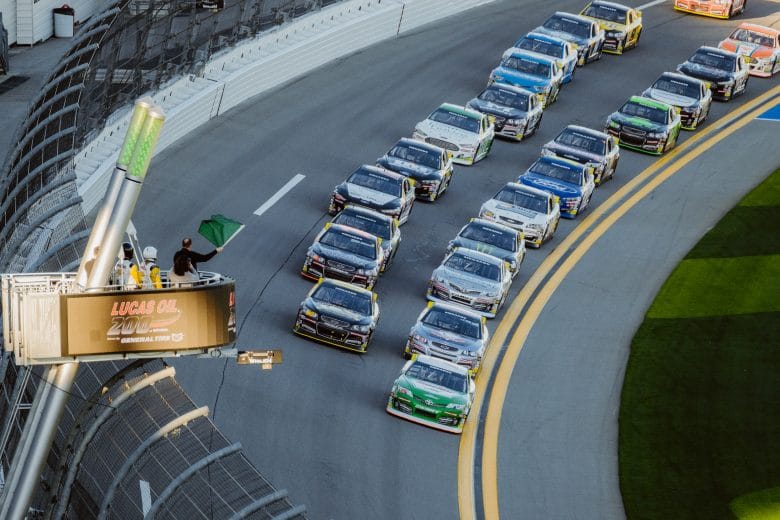 For the first time in 1,079 days, the ARCA Menards Series will be going road course racing. Its last outing on road course came on Aug. 27, 2017, at Road America.

On Friday, the ARCA Menards Series will enter new territory and lead the way for NASCAR as the first series to race on the Daytona International Speedway Road Course. Friday’s event at Daytona International Speedway will mark the replacement of Mid-Ohio. The 2020 season was slated to have two road course events before COVID-19 forced the cancellation of one and postponement of the other.

The last time ARCA raced on a road course, Austin Theriault earned the victory. Riley Herbst, P.J. Jones, Shane Lee and Michael Womack rounded out the top-five on that day. Theriault used the victory as a big push towards his first and only championship in the series.

The return to Daytona marks the second appearance of the track this season and the first on its road course configuration. The earlier event came pre-COVID in February, and Michael Self earned the victory that cemented him as the leader in points standings all season long.

In the ARCA Menards Series, Self leads Bret Holmes by just four points heading into Friday’s race. Drew Dollar, Hailie Deegan and Thad Moffitt round out the top five in points and are currently the only five drivers in contention for the championship. But the championship isn’t the only points standings on the table as the Sioux Chief Showdown returns, the 10-race mini-season within the larger season that has its own separate points standing and champion. The top five in that point standings is separated by just 13 points. Chandler Smith continues to lead Self but with his double down in Toledo, Sam Mayer now is third.

Smith has been on the back burner lately, not having a victory to his credit since July 3rd. In the starts since his victory, Smith has earned a fourth-place finish at Iowa, an 11th-place finish in Toledo race one and a runner up finish in race two. The three-race winless drought is his longest since 2019, when it took him four races before winning Salem 2018 and next season’s Toledo race. Two truck starts this season have also followed with sour results: 22nd and 38th-place finishes.  Smith has only one road course start in NASCAR to his name, that coming last season at Canadian Tire Motorsport Park. He finished 23rd in that race after facing electrical issues. This weekend will be just another learning experience for one of NASCAR’s hottest prospects.

His Venturini Motorsports teammate Self has had a silent attack of a season. This weekend the series returns to two of Self’s favorite things: road courses and Daytona. Self has been very vocal as of late about the lack of road courses on the schedule. When this event was announced as the replacement for Mid-Ohio, Self was visibly excited when talking about it. The only victory of the season for the No. 25 team came earlier this year at Daytona, and combining the two could be just what Self needs to inch closer to that elusive first title.

While participating in the Trans Am TA2 race at Road America, Mayer was involved in a major accident and broke his wrist. Mayer said that he plans to start Friday’s ARCA event but will have Colin Braun available on stand-by. Mayer enters this weekend’s race seven points behind leader Smith and is coming off his first two career victories in the ARCA Menards Series. Meanwhile, Braun has not been in a NASCAR stock car since 2011. Braun made two starts with Billy Ballew in the NASCAR Gander RV & Outdoors Truck Series, finishing ninth and 19th.

Joe Gibbs Racing is the most recent winner in the ARCA Menards Series with Riley Herbst and Ty Gibbs.This weekend, Gibbs will look to add to that 2020 win column. He has experience on road courses after running last season’s ARCA Menards East Series event at Watkins Glen and finishing finishing fourth. Gibbs will be looking for victory number four this weekend – which would be a great way to erase the misfortune that came at the end of the second race at Toledo.

DGR-Crosley Racing is bringing four entries to the track this weekend with one, the No. 54, to be announced. Taylor Gray has been on a hot streak in his short ARCA Menards Series career and enters this weekend with races under his belt at a road course. That could give him a small advantage as Gray finished fourth and 11th in the doubleheader in Utah in the West Series.

West Series standout and road course specialist Will Rodgers will return to the ARCA Menards Series for the first time since 2018. In two starts this season in the West, Rodgers had a best finish of fifth in the first race in Utah. He won the 2018 West race at Sonoma and has three other victories in the East series – all on road courses. The car that Rodgers will be racing was raced by Zane Smith earlier this year at Phoenix to a fifth-place finish. He will certainly be one to have circled on your list.

Max McLaughlin will return this weekend behind the wheel of the No. 1 entry for Hattori Racing Enterprises. His first and only career victory came at Watkins Glen last season which was, at the time, McLaughlin’s first adventure into road racing. With limited road courses on the East schedule, he hasn’t really been given a chance to show his true worth. The No. 1 team will be bringing an old-style body this weekend, one that has been seen in the West series but not in the ARCA Menards Series for a while.

Pocono Raceway CEO Nick Igdalsky will return to the ARCA Menards Series this weekend behind the wheel of Fast Track Racing’s No. 12. Igdalsky has 31 previous ARCA starts, most recently in 2015 with the Fox family. He has a career-best finish of sixth at his own track in 2014. He has experience running at New Jersey Motorsports Park in the ARCA Menards Series earning a best finish of 14th at the track in 2009. Mike Basham will be in the No. 10 entry while the third Fast Track entry is listed as TBA.

The General Tire 100 at the Daytona International Speedway Road Course can be seen live on MAVTV at 5 p.m. ET and can also be streamed live via the NBC Sports Gold Track Pass.