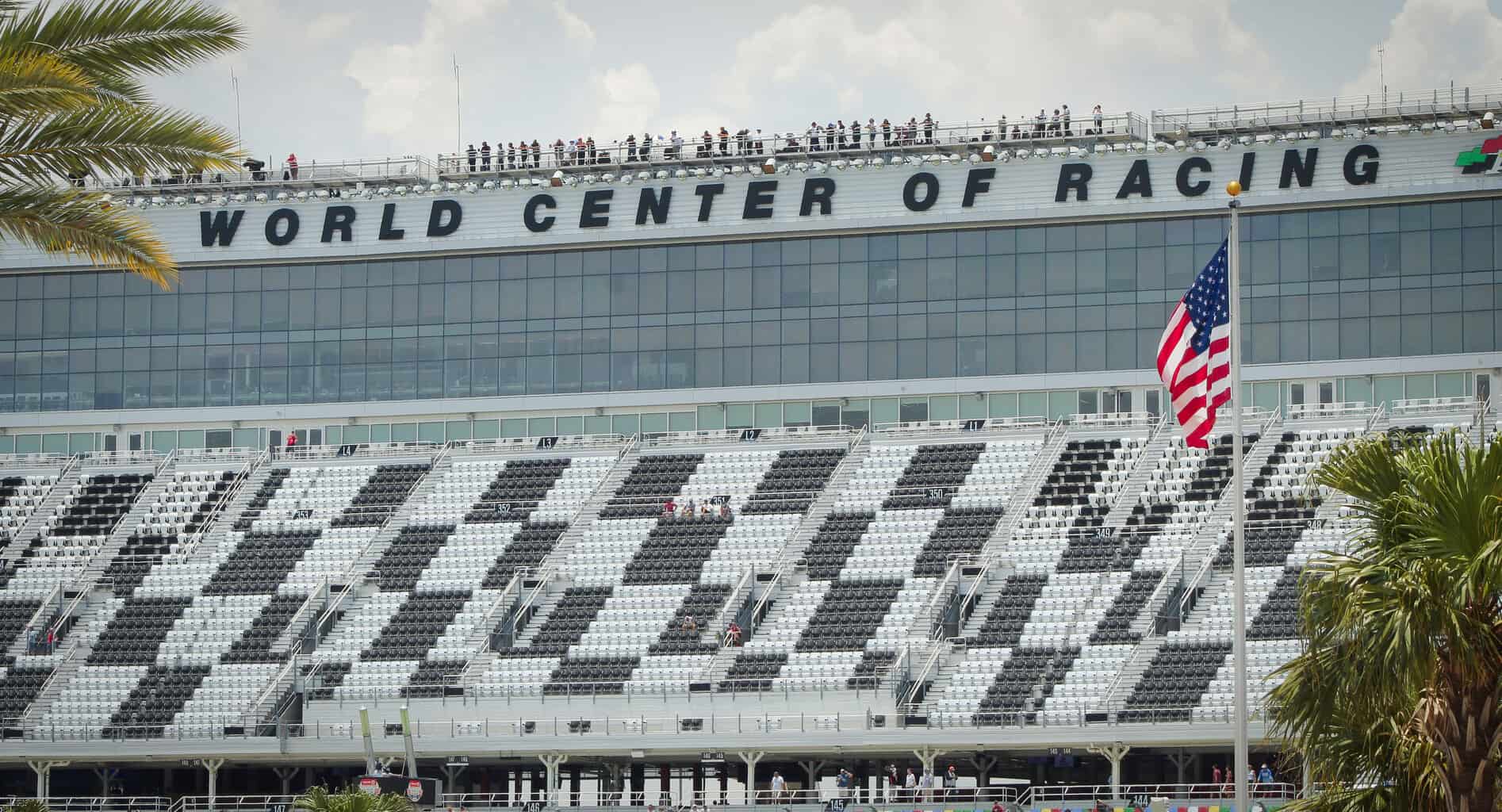 Arguably the most normal part of the 2020 motorsports calendar came on Jan. 25, when the IMSA WeatherTech SportsCar Championship made its annual voyage to Florida for the Rolex 24 at Daytona.

Now perhaps the wildest moment of the entire pandemic – on track, at least – is about to take place on the same circuit.

It’ll be bold, silly, unpredictable and possibly downright goofy… and potentially a highlight of the entire year.

From the moment the checkered flag waved at Daytona International Speedway, things began to take a turn for the stranger. Races overseas were slowly shifted and canceled as a mysterious virus began to spread around the world. In America the weirdness of 2020 was kicked off where normalcy ended, as Daytona hosted the President of the United States, saw its race rained out moments later and then capped the peculiar weekend off with a near-fatal crash at the Daytona 500.

COVID-19 hit. Racing stopped entirely, then resumed virtually in iRacing and other software. Tours came back without fans, then with a few fans and now largely without fans again as the pandemic rolls on into the dog days of summer.

The topic of racial prejudice and injustice spread around the world to mixed responses, which reached peak tension at Talladega Superspeedway in June for NASCAR, when Richard Petty Motorsports – the team fielding NASCAR’s lone active Black driver in the Cup Series – observed a garage pull rope fashioned into a noose and reported it to the sanctioning body. The incident was reported to the Federal Bureau of Investigations and investigated as a potential hate crime, though it was later proven that the rope was tied last fall in a case of terribly unfortunate luck.

That’s all been stressful, and the occasional off-track story has snuck in across recent weeks as well between a couple positive COVID-19 tests and the sale of Leavine Family Racing. But over the past month, the primary topic within NASCAR has shifted more to the racing itself, providing a slight sense of normalcy amid an unusual year.

But it’s not going to feel normal this weekend. The whole field is going to be exposed to something entirely new.

The only difference is this week it’ll be on the track.

Daytona has long been home to some of NASCAR’s grandest moments. It holds the sport’s biggest race and has played unfortunate host to some of the most spectacular crashes and darkest days.

This week it will play host to a first for the tour. The stars of all three national tours and the ARCA Menards Series will take to the track’s road course, diving off into turn 1 amid a host of unknowns just weeks before the end of the regular season.

And here’s the kicker – they’ll do it without any real track time.

No qualifying. Not a single lap of real-life practice for the national series – unless you count Alex Labbe’s short-lived SCCA run two weeks ago. Just any experience from prior races and whatever sim experience they’ve been able to get over the summer.

Cup pole-sitter Kevin Harvick has joked about not knowing where he’s going. Many drivers lobbied for practice time only to be denied by the sanctioning body. Playoff bubble drivers are nervous about unavoidable crashes and unexpected winners.

The track itself isn’t altogether complicated; 14 turns, with a unique infield section and a large portion of the oval that series regulars know all too well and a couple of chicanes thrown in to keep speeds down. Road America Xfinity Series winner Austin Cindric likened it to the Indianapolis Motor Speedway road course, noting a simplicity that should make it approachable even for the timid road course drivers in the field.

But even with expectations tempered, there’s just something special about this weekend that exceeds even the chaos of the pandemic-led madness of the year that surrounds it.

Maybe it’s that this is an entirely new layout for all three tours. Even a global pandemic couldn’t stop NASCAR’s various national series from venturing to a totally new venue. While others like Formula 1 and American dirt tours threw venues old and new on their schedules, NASCAR worked to find ways to keep its races at existing tracks with doubleheaders at places like Darlington Raceway and Charlotte Motor Speedway.

Perhaps it’s the unpredictability attached to it, something that the sport can always use in the build up to the playoffs. With just four races left in the regular season, bubble drivers like William Byron and Matt DiBenedetto have to sweat out races on both Daytona’s road course and oval. Either or both could provide winners that shake up the entire playoff picture, as seen with Cole Custer and Austin Dillon in July.

It could also be the unique entry lists at play, with road course stars like Earl Bamber and Alex Tagliani threatening to score good finishes and challenge the best in their respective tours. With drivers not allowed to race in more than one of the events as a way to minimize track time, a few organizations have been forced to get creative with their driver lineups.

Of course, it’s likely some combination of everything listed above that makes this weekend seem great, with the fact that it’s Daytona of all places thrown in for good measure. We’ll see a NASCAR winner in Daytona and an Indianapolis 500 pole run celebrated on the same day for the first time in history, blending America’s two most iconic facilities together in a way that rarely occurs.

But regardless of the reasons behind it, this event is filled with intrigue and excitement in a way few races in recent history have been.

I’m not saying this should happen often. Running without practice might honestly not be the best choice for teams, and there’s always a debate to be had about wildcard races that can yield race winners that knock legitimate season-long points contenders out of the playoff field.

But for one week, let’s just sit back and enjoy the delightful chaos of a totally unpredictable weekend on a rare new circuit for the NASCAR field.