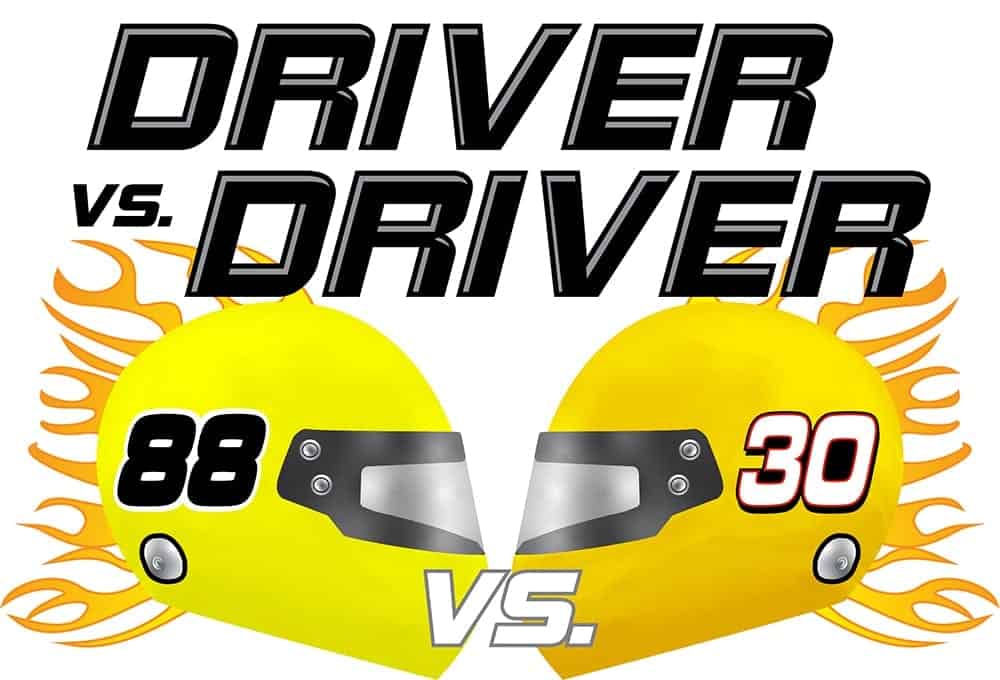 NASCAR’s Cup Series isn’t the best fit for every driver.  Some of the best in the business flourish in a different series.  Some never aspire to the more demanding Cup schedule and others have more success in a different type of vehicle. Either way, the other series get lucky to have some of the best talent around.

This month, we focus on the Gander RV & Outdoors Truck Series and drivers who have found their best success wheeling the pickups. The rules are simple: drivers must have competed against one another over time, and they must have something in common. Here, there really are no winners; that’s up to the ages to decide. But there sure are some great conversations about the best of the best.

This week’s match-up features two drivers with multiple Truck championships. Matt Crafton is the defending champ and is also the only driver in series history to win back-to-back titles, which he did in 2013 and 2014. Todd Bodine won his two titles in 2006 and 2010. They have something in common beyond their championships—both won them for teams that were strictly Truck Series teams: Crafton for ThorSport Racing and Bodine for Germain Racing (which now races the Cup Series but did not at the time of Bodine’s titles).

But who will be remembered as the better driver?

It can be hard for some to grasp the fact that Matt Crafton has been a mainstay in the Truck Series for almost two full decades. It seems like yesterday when the California native made his series debut aboard Duke Thorson’s No. 88 truck at Auto Club Speedway in 2000. He qualified 17th and finished ninth that day. Fast forward to 2020, Crafton is still right on his A-game, even at the age of 44. He is still proving his worth by continuing to win races, setting records, being able to show consistency season after season and is well on pace to becoming one of the greatest Truck Series drivers of all time.

Crafton’s road to the top was certainly never easy. He never scored a single top-five finish until his 74th start at Atlanta Motor Speedway in 2004, driving for Kevin Harvick Inc. His first win didn’t come until his 178th start at Charlotte Motor Speedway in 2008. Imagine going over seven years of full-time competition before being able to break through into victory lane. But better late than never, right? This winless drought by Crafton is the longest in series history. It’s a record that any driver probably wouldn’t prefer to have, but nonetheless it is his record to keep.

He has also been able to staple other noteworthy records onto his name, such as: most starts (464), most consecutive starts (also 464) and longest streak of top-10 points finishes (13). And he has racked up 15 career wins, placing him 10th on the all-time wins list for the Trucks.

He achieved these feats while battling it out on the track with the likes of Ron Hornaday Jr., Jack Sprague, Mike Skinner, Johnny Sauter, Johnny Benson and today’s challenger, Todd Bodine.

The two drivers competed against one another in the Truck Series full time from 2005 to 2012. Bodine does have seven more wins than Crafton (22 to 15). But if there wasn’t a guy named Kyle Busch in the field, Crafton likely would equal Bodine’s win total, as he finished runner-up to Busch seven times. When you stack the other numbers up, Crafton has the edge over Bodine in the following categories: poles (16 to seven), top-10 finishing percentage (60% to 53%) and the most top-10 finishes in a season between the two (21 to 20). And then there’s the elephant in the room: the number of championships won (three to two).

In addition, what makes Crafton’s three championships special are the unique ways that he won each of them. By the time he won his first one in 2013, he had just three career wins, the fewest by a truck champion. He shares this record only with 2003 champion Travis Kvapil. But what was key in this championship effort was his impressive streak of 16 consecutive top-10 finishes during that season. When Crafton won the title again in 2014, this made him the first ever back-to-back champion, another historic first.

But Crafton’s third championship in 2019 is the most remarkable because of its bizarre nature. Crafton went the entire 2019 season without a win. But consistency was the method to his madness. Crafton didn’t win the finale but finished ahead of Ross Chastain, Brett Moffitt and Stewart Friesen to become the second winless champion in NASCAR history, replicating Austin Dillon from 2013 in the Xfinity Series. In a points system that favors winning more than ever before, Crafton defied all odds and cheated the system, showing that being consistent should never be counted out in pursuit of a championship (or three).

The Onion puts up a good battle. However, Crafton has stayed in the fight much longer, and he isn’t showing any signs of slowing down. His most recent win at Kansas Speedway in July guarantees him another shot at the playoffs in pursuit of a record-tying fourth series championship. Crafton definitely has the capability, as well as a strong ThorSport team behind him, to keep reaching for the stars, and to solidify his already stellar legacy behind the wheel of his familiar neon yellow No. 88 truck. ~Jesse Johnston

For more than 27 years, The Onion was a near-constant in the garage areas of the Cup, Xfinity and Truck divisions of NASCAR. Making nearly 800 starts, visiting victory lane 37 times and scoring more than 300 top-10 finishes, Todd Bodine’s bald-headed presence remained – and continues to remain – one of the most recognizable and enduring in NASCAR even after his career concluded, as he transitioned to an analysis role for Truck races.

Bodine finished where he started in his 1986 debut, a 27th-place effort at Martinsville Speedway in Xfinity. Despite not racing again until 1990, when he made eight starts, Bodine took off in 1991, his first full-time season in the second-tier series. He won seven races from 1991 to 1993, scoring three in each of the latter two seasons and finishing third in the 1992 standings.

The youngest of the Bodine brother trio (Geoff was the oldest, Brett in the middle), Todd won Xfinity Series races all the way up through 2003, ending up with 15 victories overall, but it was in the Truck Series where Bodine found his greatest success.

Involved with the division just after its inception, Bodine made five starts in the inaugural 1995 season – all of them resulting in top-10 finishes. He didn’t return to Truck competition until 2004, when he ran part time for several teams but scored two wins during that season.

His 2005 was similarly tumultuous team-wise, as his Fiddleback Racing stable folded 10 races into the season. Germain Racing, which had fielded Bodine for eight races (and two wins) the year before, signed him back, and he remained there through the end of 2011, a fruitful partnership that lasted more than seven-and-a-half seasons.

The magic came back from the start, as Bodine won his second race back in the No. 30, adding a victory at Las Vegas Motor Speedway later in the year. After a 10th at Martinsville and a second at Atlanta Motor Speedway, Bodine reeled off three straight wins to end the 2005 season – although Ted Musgrave still won the title, Bodine closed up nearly 200 points on him in the standings (Bodine sat 250 points back after Atlanta and just 73 behind when the season concluded at Homestead-Miami Speedway).

Bodine immediately went to work in 2006, finishing in the runner-up spot in the first two races of the season before scoring his first win at Atlanta. Two races later, a win at World Wide Technology Raceway at Gateway boosted him into the top spot in the standings, where he stayed for the rest of the year. Bodine sat 12 points ahead of Musgrave at the end of April, and six-and-a-half months later, Bodine won the championship over Benson by 127 points. He never recorded a DNF in 2006, completed all but four laps and averaged a finish of 8.4.

More victories came for Bodine over the following four years, 11 to be exact, but 2010 proved to be his crowning achievement. Bodine’s four wins were his most ever in a season, but it took until Texas in June for him to visit victory lane – he got his one DNF of 2010 out of the way at Martinsville, dropping from first to third in the standings, and then Charlotte (before Texas) was where Bodine regained the points lead. He never gave it up, cruising to his second and last Truck Series title and beating Aric Almirola by 207 points.

Despite Crafton’s similar success in the Truck Series, he just hit the 15-win mark a few weeks ago at Kansas. Crafton became the first-ever series champion without a win in 2019, also scoring back-to-back titles in 2013 and 2014 (with just three wins between the two seasons). Craftson also locked up first in the standings at Kansas in 2013 – just four races in – but bounced around the top few in the standings the next year and never held the top spot in 2019. He still finished fourth in the standings last year, surviving the elimination rounds and squeaking out the title by a pair of spots over Chastain.

Crafton’s resume has the benefit of recency, his third championship coming less than a year ago, but Bodine’s dominance in his two championship seasons sets a bar that’s hard to reach. ~Adam Cheek