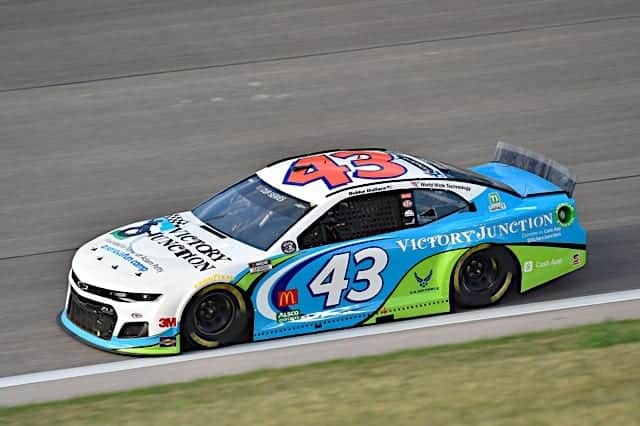 Fire on Fridays: What Happens to Richard Petty Motorsports If Bubba Wallace Leaves?

With Brad Keselowski and Christopher Bell officially off the free agency market, that leaves Bubba Wallace as the next major silly season piece to fall, and the rest of the driver lineups will widely shape around whatever decision Wallace makes.

Does Wallace replace the retiring Jimmie Johnson in Hendrick Motorsports’ No. 48 in the NASCAR Cup Series? The folks from Ally Financial seem to like him, and it’s likely the most competitive ride available to Wallace. Plus, Wallace could even bring additional sponsorship to maybe help out in funding Alex Bowman‘s car.

Will Wallace replace Matt Kenseth in Chip Ganassi Racing’s No. 42? Kenseth’s comeback tour in this car is not going well, and I have a hard time believing the future NASCAR Hall of Famer returns to it in 2021. In fact, Ganassi recently confirmed it offered Wallace the ride, and it would make sense given the McDonald’s and Chevrolet connections.

Or does Wallace choose loyalty over much more competitive rides? Does he accept Richard Petty Motorsports’ offer to stay in the legendary No. 43 and have an ownership stake in the team?

Wallace could choose RPM, as he wouldn’t be in the position he is today if the team hadn’t taken a chance on him back in 2017 when he filled in for the injured Aric Almirola. But barring the signing of a major sponsor or having a big investor step in (which isn’t out of the realm of possibility), it’s Wallace’s least likely option, as well as his least competitive option.

But if Wallace does leave Petty for greener pastures, what happens to Richard Petty and the team he leaves behind?

At that point, Erik Jones and Matt DiBenedetto would be the best two drivers available for the team. Jones was recently informed Joe Gibbs Racing would not bring him back in 2021, and DiBenedetto could be the odd man out should Team Penske and Ford want a spot in the Cup Series for Austin Cindric.

Corey LaJoie has a stable ride with Go FAS Racing, but he is looking for more competitive rides. RPM is a step up from GFR, so LaJoie could try for the No. 43. Clint Bowyer is another driver not yet signed for 2021, but I believe he would retire before taking a less-competitive ride, should Stewart-Haas Racing choose not to bring him back.

The problem with Jones, DiBenedetto and LaJoie is none of them bring a lot in the form of sponsorship. RPM had a lot of sponsor holes this year until Wallace’s sudden burst of popularity reeled in a few supporters. If Wallace leaves, the team will be left with very little sponsorship, as I would not expect CashApp, World Wide Technology or Coca-Cola to stick around. So Petty couldn’t just sign Jones or DiBenedetto without a major sponsor stepping in. It’ll fold without getting a sponsor from somewhere.

So RPM would then probably have to turn to a driver who brings funding. Even though he’s a free agent, I don’t see an Almirola reunion happening, as Petty had a nasty split with Smithfield. But there are a few other options out there for RPM.

Daniel Suarez could be an option, as the No. 43 would be a better ride than Gaunt Brothers Racing No. 96. Suarez has sponsorship from CommScope and Coca-Cola, the latter of which would give RPM the chance to stay in the Coca-Cola Racing Family.

There’s been no indication that Suarez would leave GBR or that Toyota would let him leave, but I’d feel much better about Suarez staying in the No. 96 had Gaunt bought the charter that Leavine Family Racing recently sold to Spire Motorsports. Also, now that Toyota has one less team following LFR shutting down, maybe it makes a play for Petty.

Brandon Jones is another driver who brings funding, thanks to his relationship with Rheem, Menards and the companies with which they do business. He’s currently in his fifth full-time season in the Xfinity Series, and his stock has never been higher, winning two NXS races and his first Gander RV & Outdoors Truck Series race this season.

If Jones is ever going to move to the Cup Series, 2021 has to be the year to do it, else he could soon be labeled as an NXS lifer. The stable is full at JGR, so he will have to go to another team if he’s ever going to Cup. And the only way he stays with Toyota and moves to Cup is if Toyota recruits another team (again, maybe RPM). Even if RPM stays with Chevrolet, Jones going to the No. 43 is something that could help the team stick around.

Last year, Ross Chastain was viewed as one of the top prospects in NASCAR after he won four races across the Truck and Xfinity series and finished runner-up in the Truck championship. He seemed destined to drive in Cup for Ganassi.

But now, the Chastain train has slowed down a little bit. He’s third in Xfinity points, but he has yet to win a race in that series or Trucks. And he’s driven six Cup races, three filling in for Ryan Newman at Roush Fenway Racing and three for Spire (with Ganassi support), with a best finish of 17th (twice).

He’s still a good prospect and hasn’t forgotten how to drive. But talk has cooled about Chastain, and it doesn’t seem that Ganassi is that big on him anymore. He didn’t hire Chastain to drive the No. 42 after Kyle Larson was fired (maybe Xfinity sponsor commitments got in the way), and now he’s offered the No. 42 to Wallace for 2021 instead of Chastain.

If Wallace takes the No. 42 ride, Chastain will certainly have to look elsewhere if he wants to go Cup racing. He could go full time with Spire, which would plummet his stock at this point in its existence, or he could take over the much-more-competitive No. 43. Going to RPM would allow Chastain to maintain his relationship with Chevy, and he’d still get to enjoy a technical alliance with Richard Childress Racing, which he currently has at Kaulig Racing.

Most importantly for Petty, Chastain has Nutrien Ag Solutions in his corner and even brings funding with his own Melon Man Brand and the Florida Watermelon Association. So the team would be getting an up-and-coming talent and money. Chastain might be RPM’s best-case scenario without Wallace.

Justin Allgaier deserves a second chance at Cup, this time at a team that’s not a complete disaster like HScott Motorsports was. RPM isn’t exactly a top-tier team, but the No. 43 is still better than what he drove his first Cup foray. At 34 years old, many would say Allgaier is too old to get a second chance in Cup. But pre-1990s, most drivers didn’t get a good Cup ride until they were in their 30s. Besides, the two best drivers in Cup this year are over the age of 38.

He hasn’t won in Xfinity this year yet, but Allgaier is consistently a threat for the championship. In the past, Allgaier has seemed content staying in Xfinity. But after five straight seasons driving for JR Motorsports in Xfinity, as well as filling in for Johnson in the Brickyard 400 this year, maybe Allgaier wants to try his hand at Cup again.

In addition to talent, Allgaier has had Brandt backing him in Xfinity or Cup since 2011, and it would probably follow him wherever he went. The odds of Allgaier going to the No. 43, let alone go to Cup again, are slim-to-none. But signing him would certainly help RPM stay afloat and be competitive.

If Wallace does leave the No. 43 and the team doesn’t sign a funded driver or have some type of organizational change, it is more than likely going out of business. A big sponsor isn’t going to fall out of the sky. Petty and majority owner Andrew Murstein can try their hand at starting the season with a talented driver and their own businesses on the hood, but I doubt Murstein’s businesses are even doing that well thanks to COVID-19.

Bob Leavine had to sell because his company took a hit thanks to the pandemic, and he said he’d “be lucky” to sell $50,000 in sponsorship for the rest of the season. Both factors, among others, led to him selling the team.

With how expensive it is to operate a team in NASCAR now compared to what the teams get from the charter money, RPM would be bleeding money like crazy if it tried to race 2021 without a major sponsor. So if it loses Wallace and then doesn’t sign a driver who brings money, this year might be the last time we see the iconic No. 43 on the track and the first time NASCAR has a season without a Petty involved in the competition in some kind of way.

Then again, there have been at least three occasions where I thought the old No. 43 was done for, only to come back strong the following season. But the going would be a whole lot easier if the team manages to keep Wallace and capitalizes on his popularity.

Michael Massie is a writer for Frontstretch. Massie, a Richmond, Va. native, has been a NASCAR superfan since childhood, when he frequented races at Richmond International Raceway. Massie is a lover of short track racing and travels around to the ones in his region. Outside of motorsports, the Virginia Tech grad can be seen cheering on his beloved Hokies.
@m_massie22
Previous Driver Vs. Driver: Truckin’ — Matt Crafton Vs. Todd Bodine
Next Daytona’s Going to Be Different. Let’s Enjoy It. 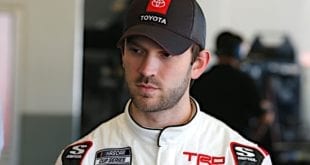