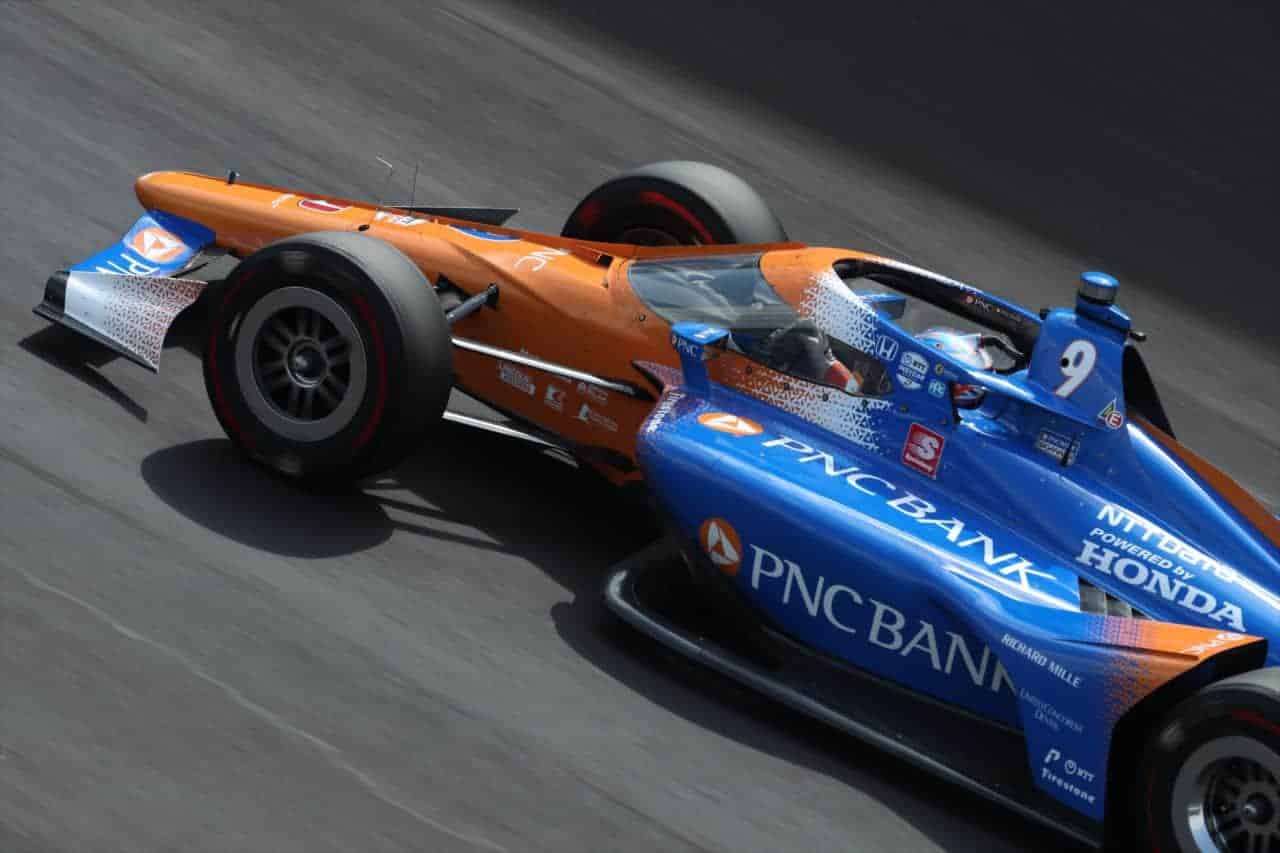 Chip Ganassi Racing’s Scott Dixon has speed at the Brickyard.

The current NTT IndyCar Series points leader sat atop of the scoring pylon as the second day of Indianapolis 500 practice at Indianapolis Motor Speedway concluded.

With under 20 minutes remaining in the six-and-a-half-hour session, the 2008 race champion took his No. 9 Honda straight to the top of the board after posting a blistering fast lap of 226.102 mph around the 2.5-mile track.

However, it was Takuma Sato who led the speed charts much of the day. The 2017 race champion had settle for second fastest when Dixon nipped him in the waning moments, but his effort still remained promising following his dismal start to the 2020 season.

Behind Dixon and Sato was Marco Andretti and hometown hero Conor Daly. Alex Palou was the fastest rookie driver after slotting in fifth. Palou also topped the charts for 30-lap average speeds.

After pacing the opening session of practice on Wednesday, James Hinchcliffe regressed in the second. 17th place was where you could find the 2016 pole winner, well off the leaders’ fast times.

Just one incident took place during the session, but it had major implications for fan-favorite Fernando Alonso. While exiting turn 4, Alonso got loose and slammed the outside wall.

As of this writing, Alonso’s team is evaluating whether to repair the damaged car or pull out the back up.

Full course yellow during practice after an on-track incident with @alo_oficial.

While Alonso’s problems have sidelined the Spaniard, one car failed to make it to the track for the session; the No. 81 DragonSpeed entry driven by Ben Hanley was noticeably absent. Stewards barred Hanley from taking to the track since he had not yet completed his refreshers course. The Englishman was late getting into the country following travel-related issues.

Hanley sits far behind the competition, as his only on-track activity so far took place in a brief pre-practice session. The DragonSpeed team was also reporting electrical problems in the paddock.

The third straight day of practice continues on Aug. 14 beginning at 11 a.m. ET. Coverage will air on NBC Sports Gold.