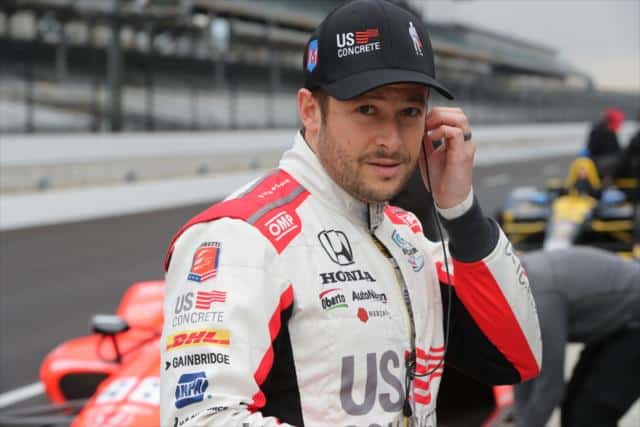 The Andretti family curse at the Indianapolis Motor Speedway has entered its fifth decade.

1969 was the last and time a member of America’s most legendary racing family was award the spoils of victory as the champion of the Indianapolis 500, but one man is poised to change that, and he’s off to a fast start.

The third day of NTT IndyCar Series practice at Indy Aug. 14 saw third-generation driver Marco Andretti lead the way on the speed charts. Andretti, whose grandfather Mario was the 1969 race champion, was clocked at a fast speed of 233.491 on Fast Friday.

While speeds were slightly off compared to the first two days of practice, only Andretti and Scott Dixon have appeared in the top five all three days. Despite the slower times, Andretti’s lap was the fastest circuit on Fast Friday since 1996.

Behind Andretti was Conor Daly, who slotted in just under two tenths of a second behind the leader. An Indiana native, Daly is also having a fast start to his 2020 Indy 500 as he has slotted in the top 10 all three days.

Yesterday’s leader Dixon was third, followed by 2014 race champion Ryan Hunter-Reay and Spencer Pigot. With qualifications beginning tomorrow, Hunter-Reay posted the fastest four-lap average speed. Back on single-lap times, Alex Palou was once again the fastest rookie of the session as he finished up sixth.

Palou’s fellow Spaniard Fernando Alonso was 25th on the leaderboard on the same day it was announced he would not likely compete at Indianapolis in 2021 as he rejoins Formula 1 full time. Alonso’s team had to work through the night to get his car repaired following a hard crash during the second round of practice.

All 33 entrants turned laps in the session, as Ben Hanley finally joined the field. Hanley has been plagued by travel issues and mechanical gremlins. After missing the second day of practice, Hanley finally completed for the refreshers course, which allows him full access to the track.

It was not a very good day for Hanley and his No. 81 DragonSpeed team. The Englishman was the slowest car, two seconds behind Andretti’s time and just under one second off next-to-last Max Chilton.

The IndyCar action returns to the track for a brief one-hour practice session on Aug. 15 at 8:30 a.m. ET and will air on NBC Sports Gold.

Following the session, qualifications get underway at 11:00 a.m. ET and will last through 5 p.m. Coverage for qualifying will be aired on NBCSN from 3 p.m. onward. NBC Sports Gold will cover the entire action from start to finish.