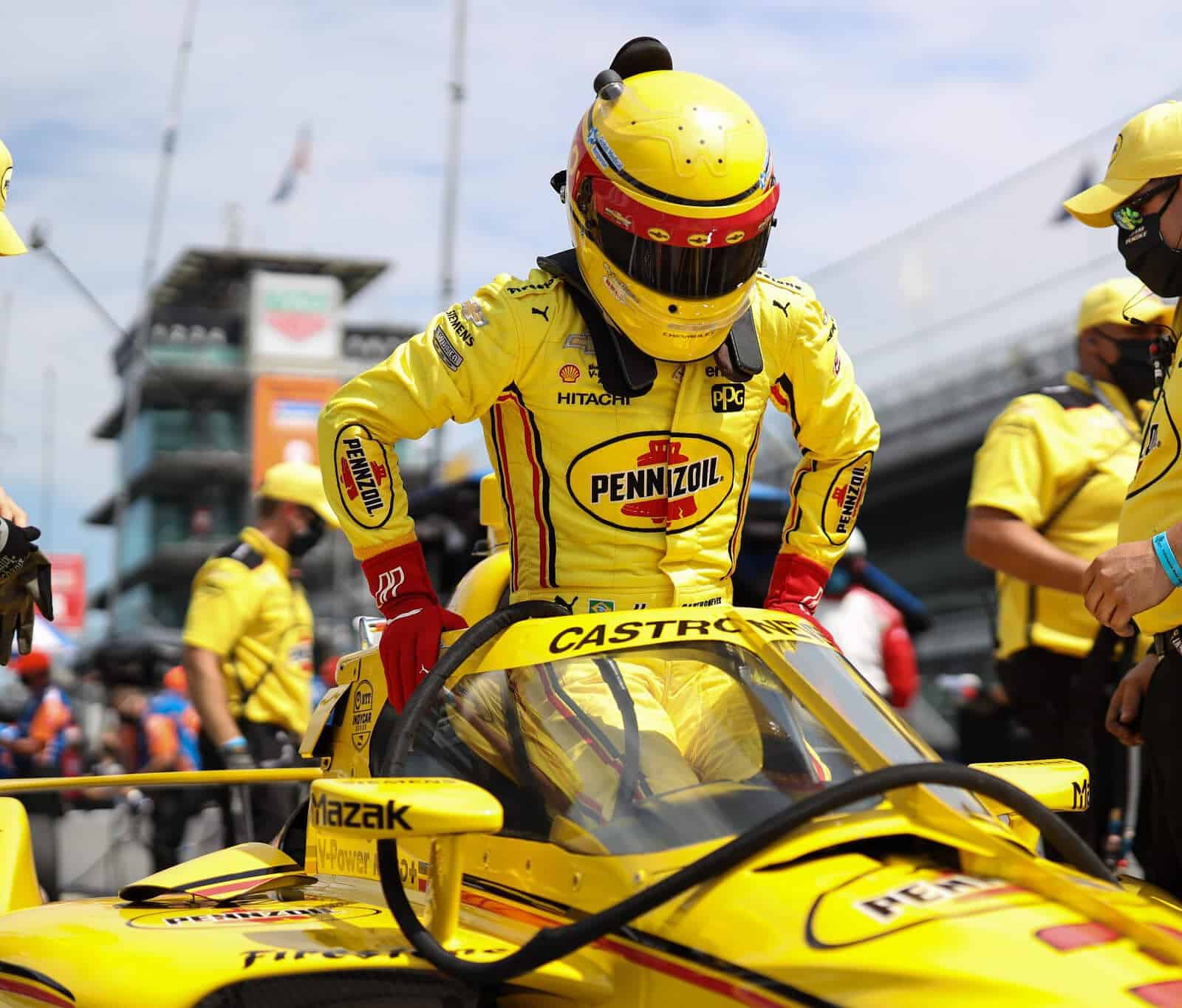 With the NTT IndyCar Series Indy 500 rapidly approaching this weekend, we at Frontstretch are breaking down the starting grid row by row to analyze who has the best shot at winning the race and who will have a grueling 200 laps in front of them. Today, we’re starting out by looking at the last four rows on the grid.

Will Power‘s disappointment at an eighth qualifying position was palpable after what has been an already difficult season. A great result at the Indy 500 could have picked things up for him points-wise, but he’ll be contending with plenty of traffic starting from 22nd. He still has a shot—two drivers have won from 22nd before—but it just doesn’t seem like Penske is going to be able to pull out the performance it needs in the long run.

Didn't qualify where wanted today, but we still have a good car for the race.

Tony Kanaan won’t have wanted to start his final season as a full-time IndyCar driver from so far back on the grid, but the 2013 Indy 500 winner has already stated that he plans to come back for another go with fans in the future. He’s certainly not going to be able make much of his 23rd position, especially not in the struggling A.J. Foyt Racing No. 14. Kanaan will have a better shot coming back with a more solid team in 2021.

Rookie Dalton Kellett paragraph made the most of a tough qualifying session, and a 24th place start is more than respectable for anyone taking their first stab at the Indy 500. Kellett certainly won’t be a winner this year, but he’s in a great position to make the most of his first run in order to garner experience. All Kellett needs to do in 2020 is bring the car home.

Defending Indy 500 winner Simon Pagenaud paragraph is going to have one hell of a tough time fighting for his title back in 25th. Team Penske was consistent but just didn’t have the pace in qualifying to contend with the other drivers on the grid, something that could possibly bode well for race day if the team has been more focused on race day trim. That said, it’s hard to picture Pagenaud making a meaningful run for a back-to-back win.

Fernando Alonso will have wanted a significantly better starting position considering that this is going to be his last Indy 500 for at least two years. The Spanish driver crashed in practice and just didn’t look on top of it in qualifying. He’ll have a tough race from the ninth row, but crazier things have certainly happened. We may not see him in contention for the win this year, but Alonso will need the race experience if he wants to come back for to mount a significant challenge in the next few years.

It’s been a wild weekend with James Davison qualifying in Indianapolis before heading to Daytona for the NASCAR Cup race. Davison was one of the last minute entries to fill out the grid, and without any IndyCar races under his belt this year, it would always be an uphill battle. That said, it seems like he bit off a little more than he could chew trying to bounce between two significantly different race series. We may see the punchy driver secure a top 10, but even that will be tough with a 27th place start.

He got the ?? from his entire @IndyCar team to go and kick some butt tomorrow!

We’ll see you in a few hours Daytona! ? pic.twitter.com/nIrfeDFZDk

Helio Castroneves is having a tough final year with Team Penske, who have been struggling across the board. This year marks the Brazilian’s worst ever starting position. It’s going to take a mixture of both experience and luck to earn Castroneves a points-scoring finish, and as a three-time Indy 500, he already has one of those in spades.

2020 has been a pretty mediocre year for Charlie Kimball in the No 4., and his qualifying position certainly reflects a season of difficulties. Unfortunately, Kimball has finished lower than he’s started for the last two years, and his A.J. Foyt Racing car seems to be struggling as much as last year’s Carlin. Kimball will be lucky if he finished the race this year at all, and it’ll take a solid effort to finish above his 29th place star.

Max Chilton might have one of the best looking helmets on the grid, but his starting position certainly leaves a lot to be desired. Chilton has stepped back from all ovals with the exception of IMS, which puts him at a significant disadvantage to many of his competitors. He likely won’t match his best finish of fourth, but Chilton just needs to bring the car home to prove that he has what it takes to battle with the best.

2020 Indianapolis 500 here we go! After a brief glitch last year this masterpiece by @JasonFowlerJLF didn’t get any use, so take 2 here we go.
Can’t wait to get going.@CarlinRacing @GallagherGlobal #indy500 pic.twitter.com/pDFTlFFHVp

As we would have expected, the final row is composed of one-off drivers or those on an abbreviated schedule, like Sage Karam contesting both races in Indianapolis this year. Unfortunately, a 31st place start is nothing new for Karam, who has qualified in the last row twice before—and in 2016, he was able to turn 31st into a ninth place finish. Karam just might be able to secure his second top 10 ever in the Indy 500, but it’ll certainly be a long shot.

J.R. Hildebrand was open about the fact that his car just wasn’t set up for this year’s qualifying run, but a second-to-last qualifying can’t be promising for a driver who came so close to victory at IMS in 2011. Hildebrand is a fairly clean racer who will be capable of making a run up to the front half of the grid by avoiding disaster.

We didn't have the speed today and were under-gripped for the hottest part of the day, but in a weird way I'm thankful for the experience of the thing being over the limit. Qual is the only time you really *have* to stick with it… I'm glad to have had to do it. Forward! ➡️➡️➡️ pic.twitter.com/Acjrhu7Vgt

Last minute entrant Ben Hanley had a pretty expectedly difficult run in qualifying, which reflects the difficulty he and DragonSpeed have had breaking into the IndyCar scene. It’s still early enough in their tenure together that teething problems are evident, but it’s also impossible to count them out of the running. No, no one has ever won the Indy 500 from last place, but even a top 25 finish will be a solid run for the No. 81 car this Sunday.