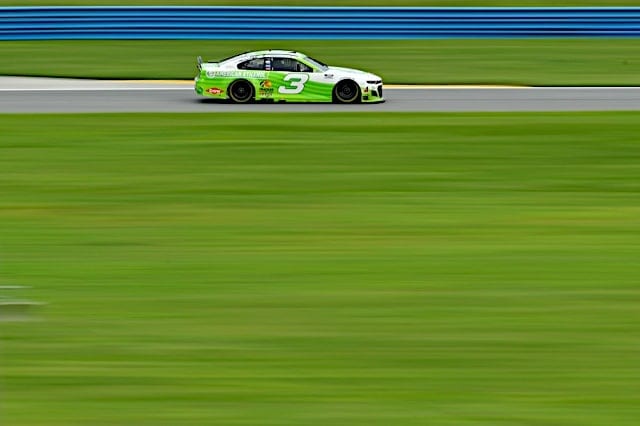 All eyes were on Daytona International Speedway this weekend as the top three NASCAR national touring series held inaugural events on its road course. Expectations were sky-high.

Depending on how fans like their road racing, one series lived up to those epic forecasts while two others, eh, have seen better days on right-turn tracks. Overall, though, it was a cool experiment, and praise the racing Gods a road course (Watkins Glen International) was replaced with one – even if it came with the terrible Cup Series aerodynamic package that kept a lid on better competition overall.

What NASCAR stats stood out from the weekend? How about a rookie acing an unexpected Cup debut, a Team Penske victory for the history books and one veteran’s latest stumble through an ugly 2020.

Prior to Saturday morning (Aug. 15), Kaz Grala had no intentions of being in Daytona Beach, Fla. this weekend. After all, road race ace Earl Bamber was driving the No. 21 Chevrolet in the NASCAR Xfinity Series for Richard Childress Racing, the same ride Grala has competed in twice this season, including last week at Road America.

But COVID-19 changed those plans. On Saturday, RCR announced Austin Dillon had tested positive for the virus, knocking him out of the Cup starting lineup. On a regular weekend, AJ Allmendinger is the team’s relief driver, but since he was scheduled to run for Kaulig Racing in the sport’s Xfinity Series (NASCAR only allowed drivers to compete in one race this weekend), Grala was given the opportunity of a lifetime.

Grala, who says he’s two inches taller than Dillon, had to adjust to the pedals being closer to his legs. He would also have no practice time, sending it off into turn 1 on the road course with zero previous Cup experience.

However, Grala adapted quickly, utilizing his previous knowledge from two starts in the Rolex 24 at DIS. In fact, during the final stage, he drove the No. 3 car to the lead during a cycle of green-flag pit stops. When the cycle ended, he sat just outside the top 10. A late-race restart gave him a chance to improve on that, earning a top-10 finish (seventh) in his Cup debut.

Just boarded the plane and got to my phone. WHAT A DAY. It’s an honor to drive for @RCRracing, and surreal to grab a P7 finish in my first ever @NASCAR Cup race. Proud of the entire No. 3 team. Get better @AustinDillon3!!!! ??

How rare is it for a driver to score a top 10 in their first Cup race? Carl Edwards was the last driver to do so in 2004, finishing 10th at Michigan International Speedway. Grala stepped into rare territory on Sunday (Aug. 16), possibly proving to sponsors he can wheel a hot rod at the sport’s top levels full-time. Can he find the funding to compete in this COVID economy?

He gave it his best shot.

When Austin Cindric jumped to NASCAR full-time in 2017 for Brad Keselowski Racing, everyone believed he got that ride because of his father, Tim Cindric, president at Team Penske. Sure, that may have played a role, and the driver got criticized as a Truck Series rookie, along with his first two years running the sport’s Xfinity Series. But boy, he is shutting those haters up this season.

Since winning his first race on an oval at Kentucky Speedway five weeks ago, Cindric has been on a tear, winning five races in a six-race span — becoming just the second driver in series history to do so (Sam Ard, 1983). His average finish in that span has been 1.17. That’s about as stout as it gets.

5th win of the year @DISupdates
Pretty special to be talked about among the likes of Sam Ard. Very proud and motivated by this effort. Takes a great team. Thank you @Team_Penske @moneylionracing @FordPerformance

In those six races, Cindric has led 386 laps. Dating back to Atlanta Motor Speedway in early June, he’s now led in 12 consecutive races. Overall, the No. 22 team is hitting on all eight cylinders, and surely should be in consideration as a co-favorite for the Xfinity championship with Chase Briscoe, his lone Ford teammate.

This NXS season is going to come down to the wire with this pair of Ford drivers. Period.

Anyone remember what happened on May 3, 2019? No? I get it, it was over 15 months ago and 2020 seems like it’s been 10 years long as it is. OK, let me remind you: Johnny Sauter went to victory lane at Dover International Speedway in the Gander RV & Outdoors Truck Series. It just so happens that Sauter hasn’t returned to the winner’s circle since.

There’s an old saying in racing that states, enjoy every victory because you don’t know when it will be your last. Not any part of me believes Sauter is done winning in the Truck Series. Hell, just last week at Michigan he was battling teammate Grant Enfinger for the lead before crashing with less than 20 laps to go. But 2020 has not gone well at all.

Sauter’s frustration continued in Sunday’s Sunoco 159 at Daytona. Though running inside the top 10 at various points in the race, the No. 13 Ford dropped to 21st at the checkered flag, moving his average finish down to 15.8 through the opening 12 races of the season.

With four races to go in the regular season, Sauter is in must-win mode, 67 points below the cutline. He gained just five points at Daytona, even with Derek Kraus and Todd Gilliland — who entered the race just inside the playoff bubble in ninth and 10th in points — having battery issues. Those drivers finished 30th and 33rd, respectively, but that did little to help Sauter’s fading postseason hopes.

Since turning to trucks full-time in 2009, Sauter’s worst average finish through a duration of a season is 13.8 in 2012. Luckily for the No. 13 team, the series returns to Dover next weekend, where the Wisconsin native has won three straight times.