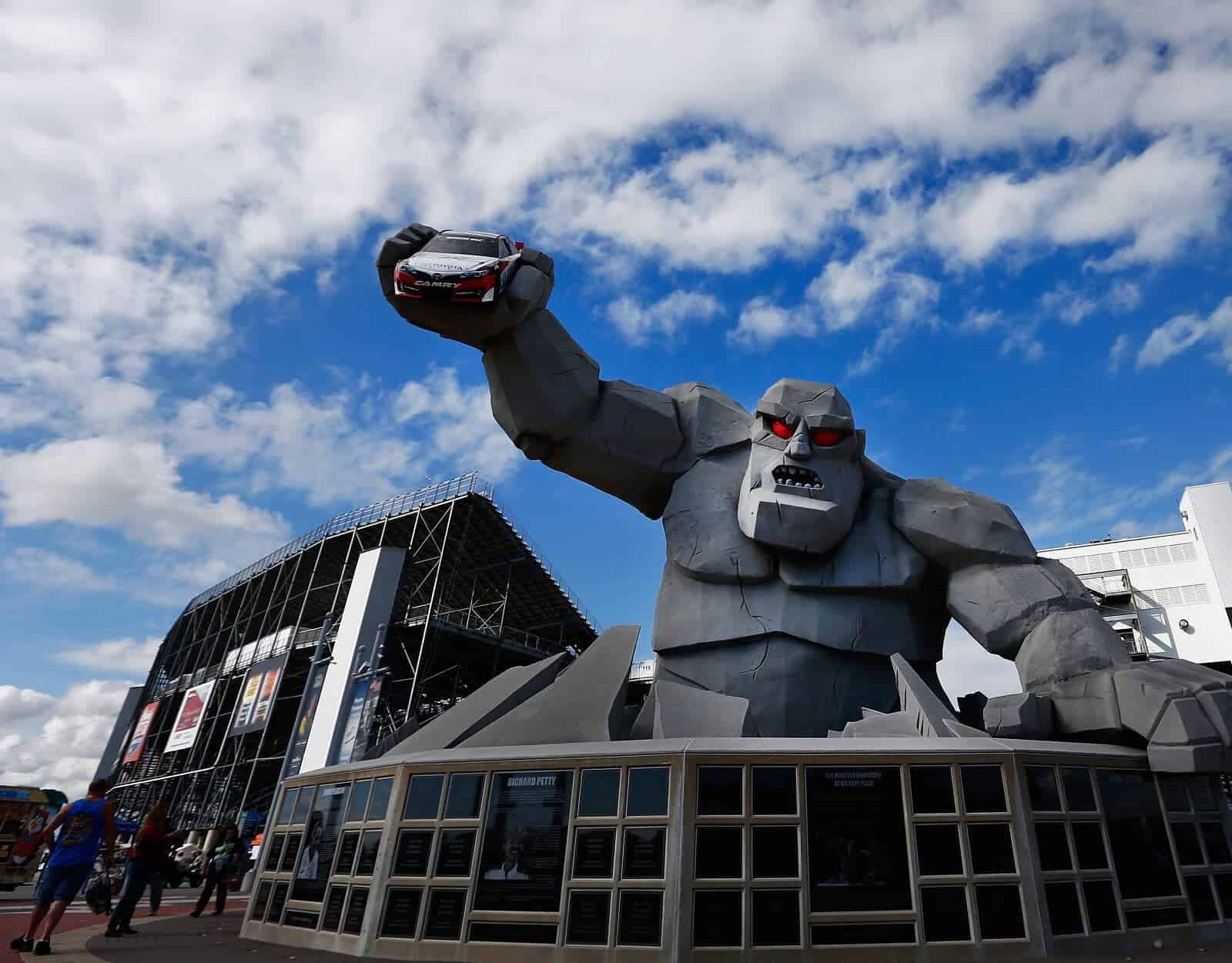 NASCAR’s weekend of racing at Daytona International Speedway’s road course (Aug. 15-16) figured to include a lot of new experiences.  All three national touring divisions tackled their first races using the infield layout without any prior practice or qualifying.  For the men and women who raced around the new course at a familiar venue, there were no doubt plenty of lessons learned as NASCAR’s 2020 playoffs drew ever closer.

However, the Daytona road course races might have more in common with the next few NASCAR events than many of the competitors realize.  Particularly for the Cup Series, all of the remaining races before the playoffs are going to be especially tough mental challenges for the drivers. The last few postseason spots will go to whichever ones make the fewest mistakes over a grueling set of three races.

Sunday’s Cup Series event foreshadowed just how tough the rest of the regular season races will be.  Before it began, many inside the garage, even race fans predicted that it would be a wild affair.  With so many unknowns surrounding how stock cars would race on Daytona’s road course layout, the only thing to be expected was the unexpected.

But despite all the uncertainty, the Cup Series race proceeded like a normal road course event.  When drivers did make mistakes, they weren’t necessarily caused by unfamiliarity with the track.  Instead, drivers tended to make mistakes when trying to gain an advantage on each other.  This trend was particularly noticeable among some of the favorites: Denny Hamlin bumping into Martin Truex Jr. and creating a tire rub on the No. 11, Truex speeding on pit road, and Kevin Harvick spinning out while trying to work his way back through the field after getting turned by Christopher Bell.  Compare that to the predictions of constant spinouts, crashes and cars running off course.  All things considered, NASCAR’s Cup drivers represented themselves very well given such challenging circumstances.

So, the crazy race at Daytona turned out to be not so crazy.  That means NASCAR Cup Series teams can get back to business as usual, right?

Not so fast.  The last three races before NASCAR’s 2020 playoffs may not have so many unknowns as Sunday’s event, but the drivers will not be able to let their guards down.  Given what’s in store, they will have to approach the rest of August with the same mental fortitude that they showed this weekend.

First up is a doubleheader at Dover International Speedway.  The high-banked, one-mile oval has a long history in NASCAR and a well-deserved reputation as being a highly demanding track.  For decades, it was customary to run two 500-mile races at Dover each year.  These exhausting races were known for being particularly taxing on man and machine.  Dover’s high sustained speeds for a relatively small track, combined with the G-forces experienced in the steeply-banked turns, forced drivers to always be on their toes.  Those who made even small mistakes would quickly learn why they called it the Monster Mile….

That said, it’s fair to question if Dover’s reputation as a tough track has faded in recent years.  Both races were shortened to 400 miles in the mid-1990s.  In the following decade, NASCAR teams made significant improvements in the reliability of their equipment while many drivers revamped their personal fitness regimens to keep up with the competition.  All of these factors have made NASCAR’s current crop of drivers better prepared to duel with the Monster Mile than most of their predecessors, and it usually shows on track.  Compared to the slugfests of the past, some of the recent races at Dover have looked downright placid.

But it remains to be seen just how well prepared the drivers are for Dover’s first doubleheader.  The two Cup Series races next weekend will each be 311 miles (roughly 500 kilometers).  Even with good equipment and a sound fitness plan, running over 600 miles at Dover in one weekend is going to be a daunting task for any driver.  Not to mention that Dover’s later race weekend is usually in late September or early October once the summer heat starts to die down.  Racing on a hot, slick Monster Mile on back-to-back days in August is going to be a serious challenge for even the best wheelmen.

The final race of the regular season, Daytona’s 400-mile oval race, throws another new curveball at the drivers.  Never before has the regular season concluded with this type of superspeedway event, especially one that produces a final opportunity for most of the field to lock up a playoff spot.  As a longtime 4th of July staple, the allure of winning Daytona’s summer race was capturing a checkered flag at NASCAR’s most famous venue.  Now, the race carries much greater postseason implications and will play a larger role in how many teams’ seasons will be judged.

Several drivers currently outside the playoff grid will be going for broke at Daytona.  Jimmie Johnson still needs to secure a spot in the playoffs during his final season of Cup Series competition.  Erik Jones, winner of the summer Daytona race in 2018, needs all the good results he can get in his quest to find a ride for next year.  Ricky Stenhouse Jr., who has demonstrated an aptitude for superspeedway racing, no doubt has Daytona circled on his calendar.  Even old pros like Ryan Newman and Matt Kenseth must win a race to reach the playoffs at this point; each will be looking to Daytona as their last chance.

Dover and Daytona’s oval layout are not new to NASCAR, but their races this year have some circumstances that will push drivers out of their comfort zones.  The best approach to these events will be exactly what the Cup Series field did this weekend – try to minimize mistakes.  Whomever stays cool under fire will find victory lane in the final races of the regular season.  Perhaps more importantly, that coolness will give them the hot hand once NASCAR’s 2020 playoffs begin.